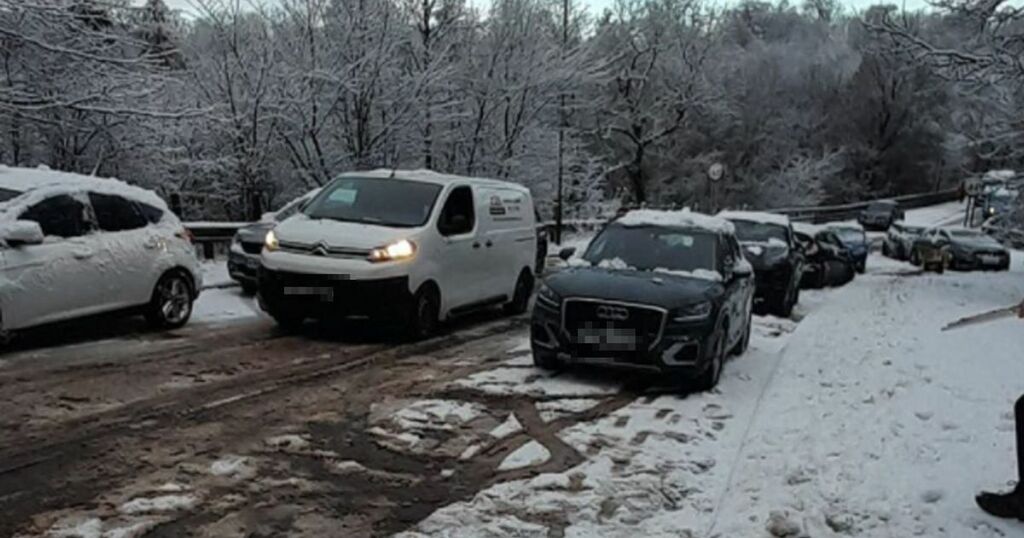 Carers were forced to abandon their cars on one Wishaw street and make their way to work as snow caused chaos on the roads.

Drivers and locals worked together to help cars that were stuck at the bottom of the brae at Coltness Road and Wishaw High Road.

Wishaw charity king Les Hoey was one of those helping.

He said: “It was a nightmare. Myself and a few others have been down shovelling for over a hour after I got a chap at my door asking for help and some shovels.

“I called the police to assist directing traffic but was told they have no resources. I was advised to tell motorists to abandon their cars.

“I spoke to a couple of carers who ended up walking to work. We managed to clear most of the road.

“My friend Patrick Kennah was great. He wouldn’t see anybody stuck in those circumstances.

“Unfortunately the council were caught out even though the road had been gritted hours earlier. Thanks to the others who helped.”

North Lanarkshire Council has been updating on the current situation throughout the morning regarding roads, bins collections and vaccination centres.

The council stated: “Our gritter teams have been out treating primary roads all night and primary footways from 5am.

“However fresh snow early this morning has impacted on some services. Please note below and we will provide an update as soon as we can.

“All kerbside bin collections are currently planned, however teams could be faced with challenges and delays due to weather.

“All bin collections are currently suspended but keep bins on the pavement for uplift and we’ll pick as soon as we can.

“The vaccination clinics at Airdrie, Ravenscraig and Cumbernauld are all open today.”