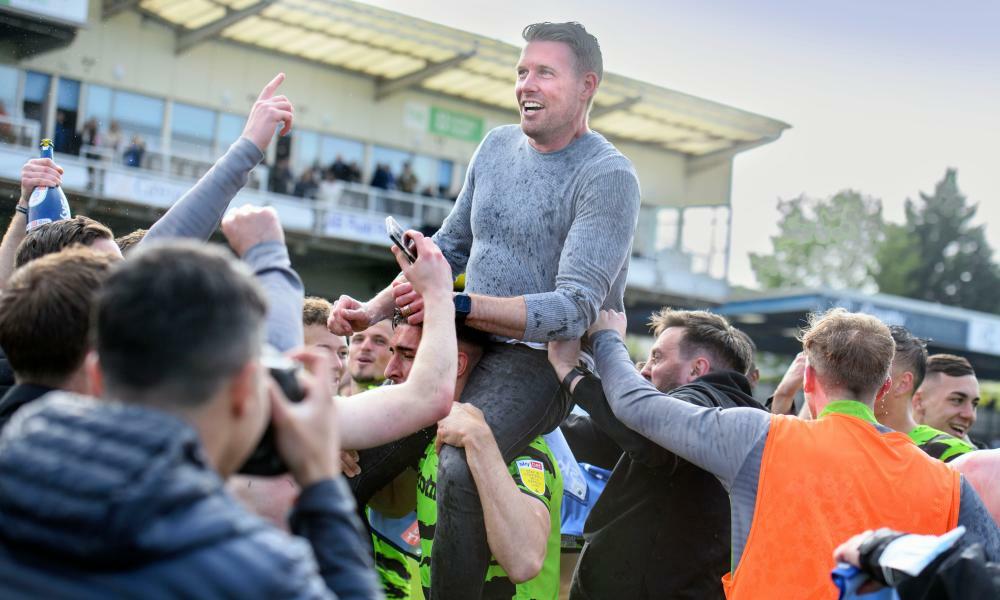 Forest Green furious after Watford appoint Rob Edwards as manager
Watford have confirmed the appointment of Rob Edwards, who recently guided Forest Green to the League Two title, as Roy…

Autosport
From analysis to good news, read the world’s best news in one place
Leclerc will "think twice" about driving historic F1 cars after Monaco crash

Here's your round-up of all the latest Cardiff City headlines for Thursday, May 12.

According to the Daily Record, the young Rangers centre-back has turned down the offer a new deal at Ibrox and will now walk away from the club this summer. Cardiff are one of several clubs to have been credited with an interest, with Championship rivals Sheffield United also mentioned as being in the mix.

Huddersfield Town is another touted suitor, although reports in west Yorkshire have since played down any interest from the Terriers. Meanwhile, sources have told WalesOnline that Hibernian is another possible destination.

It now seems the Northern Irishman is also now attracting Premier League interest too, with West Ham now believed to be among the list of admirers.

According to our colleagues at Bristol Live, Pack is just one of several options being explored by Robins boss Nigel Pearson, with the same report stating that a move would hold plenty of appeal given that he still lives in the area.

Pack spent six seasons in the red of Bristol before joining their Welsh rivals in 2019, and has played 99 times for the Bluebirds. However, he fell out of favour with Cardiff boss Steve Morison, and is now a free agent having come to the end of his current deal in the capital.

Confirming his departure from south Wales earlier this week, the midfielder wrote on Instagram: "My time at Cardiff City has come to an end, I’ll be forever grateful for the opportunity to play for the club."

Edwards, having guided Forest Green to the League Two title, has taken up the vacancy at Watford, much to the fury of Rovers chairman Dale Vince, who slammed both Edwards and the Hornets for going behind his back.

"As soon as he started speaking, I knew that it was real,” Vince said. “(He told me) that he had been in negotiations (with Watford) and felt it was a great opportunity for him.

“Overwhelmingly for me the feeling was disappointment, because in football people come and go all of the time. The important thing is the manner of it.

It remains to be seen what impact Edwards' departure will have on the future of Adams, who is out of contract this summer and has held discussions with Cardiff and Blackpool in recent weeks. Forest Green have previously shown an appetite for keeping the Gambian international on board, but the departure of Edwards may well complicate matters.

But according to Bristol Live, his departure from Ashton Gate is likely to be a 'long and protracted affair', with the Robins seemingly still keen to recoup some of the finances involved. Wells signed for the Robins for £5m back in January 2021, but has struggled to make his mark on the first team set-up this season, making just seven Championship starts.

He came close to joining Cardiff on loan in the most recent January window, only for a move to break down due to Bristol's apparent insistence on a permanent sale. He currently has 12 months to run on his current deal and, despite suggestions that he might be allowed to leave on a free, is yet to be informed of his transfer status.

Reports across the Severn have also played down the idea of him leaving for nothing, although if such an opportunity was in place it would surely prove attractive to plenty of clubs, including Cardiff, who are likely to be on the look out for fresh forward options this summer.

Forest Green furious after Watford appoint Rob Edwards as manager
Watford have confirmed the appointment of Rob Edwards, who recently guided Forest Green to the League Two title, as Roy…