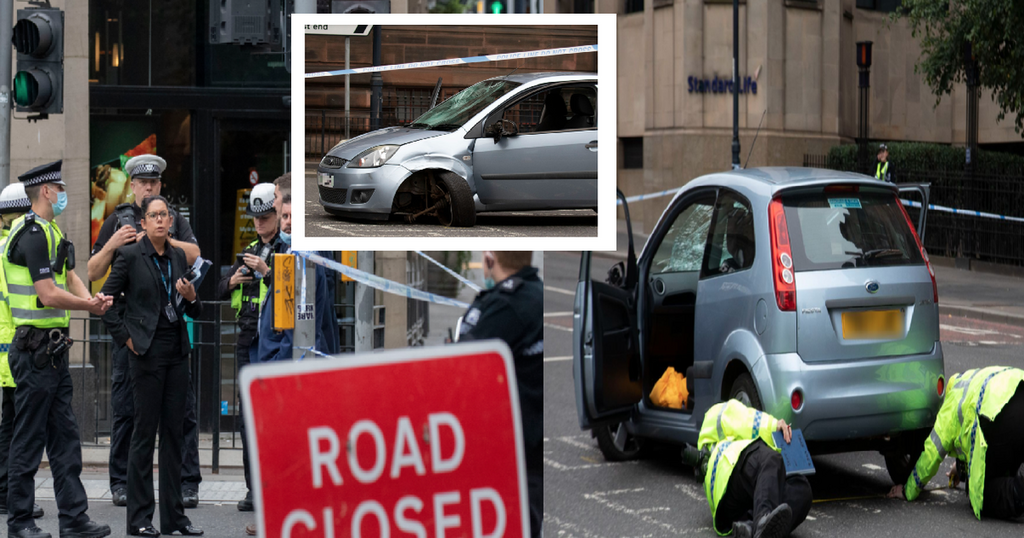 A car struck 'four or five pedestrians' before being chased by police in a horror incident in Edinburgh.

Officers were called out in the early hours of Sunday morning amid a disturbance outside a nightclub on Frederick Street.

According to an eyewitness, four or five people were struck by a vehicle, which was pursued by cops before it came to a stop in Lothian Road.

Multiple emergency service vehicles remain at the scene this morning.

A silver Ford Fiesta with missing wheels and a smashed windscreen is currently being examined by police in Lothian Road behind a cordon.

The eyewitness said: "5 people injured when a car hit them on Frederick St, police chase ended on Lothian Road. Hope they all make a speedy recovery."

“Two men aged 39 and 60-years old, and three women aged 37, 22 and 65, were taken to Edinburgh Royal Infirmary for treatment where they all remain in stable conditions.

“The vehicle did not stop at the scene and continued to Lothian Road where it was involved in a crash with a bus. No further people were injured.

“Officers arrested a 36-year-old man in connection with the incident. Enquires remain ongoing.

"Lothian Road remains closed up to the Western Approach junction."

For the latest news and breaking news visit dailyrecord.co.uk

We're also on Facebook - your must-see news, features, videos and pictures throughout the day from the Daily Record, Sunday Mail and Record Online

Make sure you are also signed up to our newsletters for the latest news updates sent straight to your inbox.