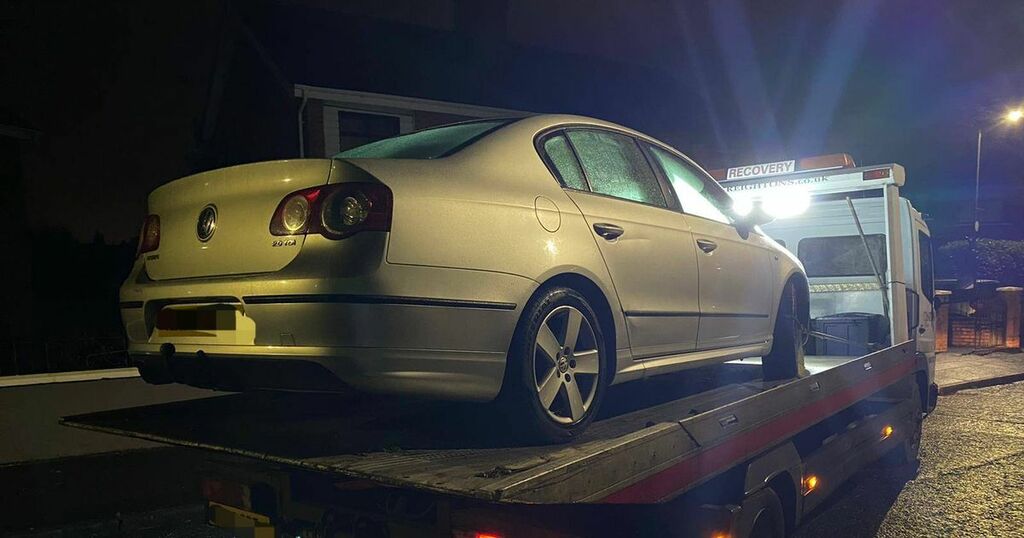 A car was driven at police in a 'dangerous and reckless manner' after mounting kerbs in West Belfast.

Police seized a vehicle in the early hours of this morning in the Gransha area after receiving reports of dangerous driving in the area.

The vehicle had driven up on the kerbs on the Glen Road, before driving at police in an attempt to evade them.

This took place while other motorists and pedestrians were in the area.

Police have now warned that "death driving" will not be tolerated in the area and have encouraged residents to report any incidents to them.

A PSNI spokesperson said: "In the early hours of this morning, West Belfast Neighbourhood Team located a vehicle in the Gransha area which had been driven in a dangerous and reckless manner earlier in the evening.

"This vehicle had driven up kerbs on the Glen Road and drove at officers in an attempt to evade Police, all while other motorists were on the roads and pedestrians were in the area. Luckily on this occasion nobody was seriously injured or killed but this could have been a very different story.

"Death driving will not be tolerated in our local area and we would encourage residents to report any sightings of vehicles being driven dangerously to Police immediately."