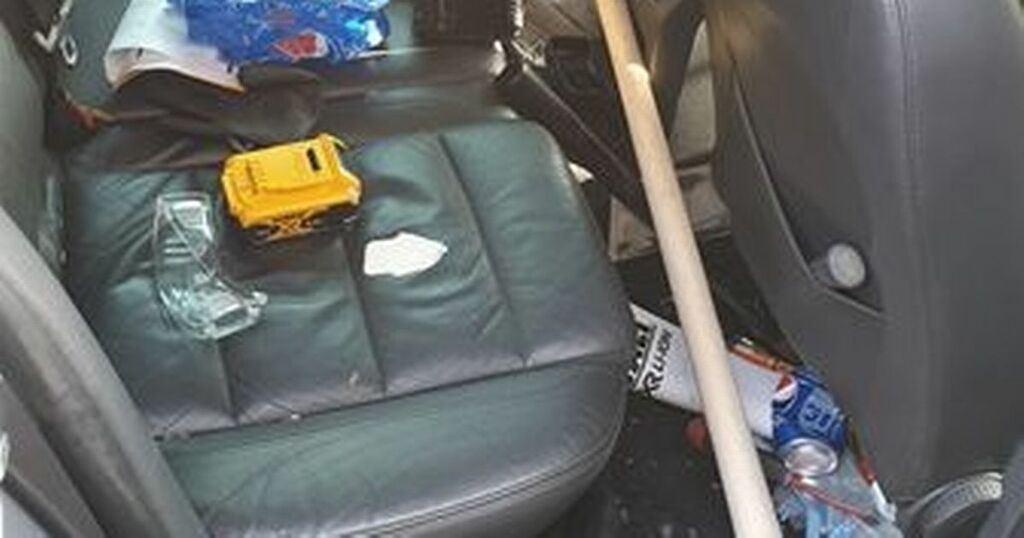 A car owner was threatened with a large stick by two men attempting to steal vehicle parts in Prestwich.

Police were called to Milton Road just before 2.30pm on Monday (September 6).

Officers say two men threatened a car owner before leaving the scene in a grey Volkswagen Golf, believed to be stolen.

Police patrolling in Cheetham Hill then spotted the car and began a pursuit.

The vehicle was abandoned on Brickley Street and a man was detained following a foot chase.

A grey Volkswagen Golf, which had previously been stolen from Rochdale, has been recovered.

Inside the vehicle were a number stolen items including catalytic converters.

A weapon believed to have been used in the robbery was also found.

A 22-year-old man has been arrested on suspicion of robbery and burglary and remains in custody for questioning.

Investigations are ongoing, a spokesman for GMP said.

In a statement, the force said: “Police were called just before 2:30pm this afternoon (Monday 6 September) to reports that two men were attempting to steal parts from a car on Milton Road in Prestwich.

“The men threatened the car owner with a large stick, before leaving the scene in a grey VW, that was believed to be stolen.

“Officers from the Roads Policing Unit patrolling the Cheetham Hill area sighted the car, engaged in a lengthy pursuit before the vehicle was abandoned on Brickley Street. Following a short foot chase, a man was detained.

“A grey VW Golf which had previously been stolen from the Rochdale area has been recovered. Within the vehicle was as a number of items of stolen property including catalytic converters, and what was believed to be the weapon used in the robbery.

“A 22-year-old man has been arrested on suspicion of robbery, as well as burglary, and remains in custody for questioning. Inquiries are on-going.”