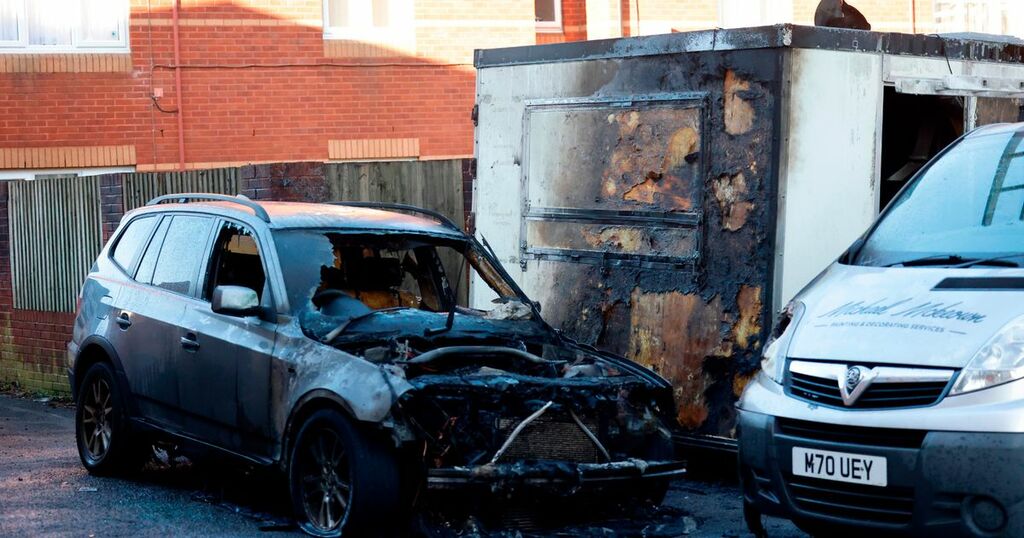 Multiple vehicles and a catering truck have been damaged in Cardiff after a "well-developed" car fire spread.

Emergency services were called to Gelligaer Lane, off Whitchurch Road in Cathays, on Thursday to reports of a fire.

Find all of our top Cardiff stories here

Images from the scene show at least three vehicles were damaged in the fire with one completely destroyed.

Gelligaer Lane is very near Gladstone Primary School, prompting concerns that the blaze occurred within school grounds. This was soon established not to be the case.

There were no injuries as a result of the incident and police say the cause of the fire is unknown at this stage.

A south Wales Fire and Rescue spokesman said: "At approximately 12.04pm on Thursday, January 13, we received reports of a vehicle fire on Gelligaer Lane in Cathays, Cardiff.

"A crew from Cardiff Central Station attended the scene and upon arrival were faced with a well-developed vehicle fire which had spread to nearby vehicles. Firefighters used specialist equipment to tackle and prevent the fire from spreading any further and worked alongside emergency service colleagues to make the area safe.

"The fire has now been extinguished and a stop message was received at approximately 1.30pm."

A spokesman for South Wales Police said: "Officers attended Whitchurch Road at the request of South Wales Fire and Rescue Service to assist with traffic management. This was due to a car fire in the Gelligaer Lane.

"The cause of the fire is unknown at this stage."

To get the latest news from CardiffOnline sent straight to your email inbox click here .