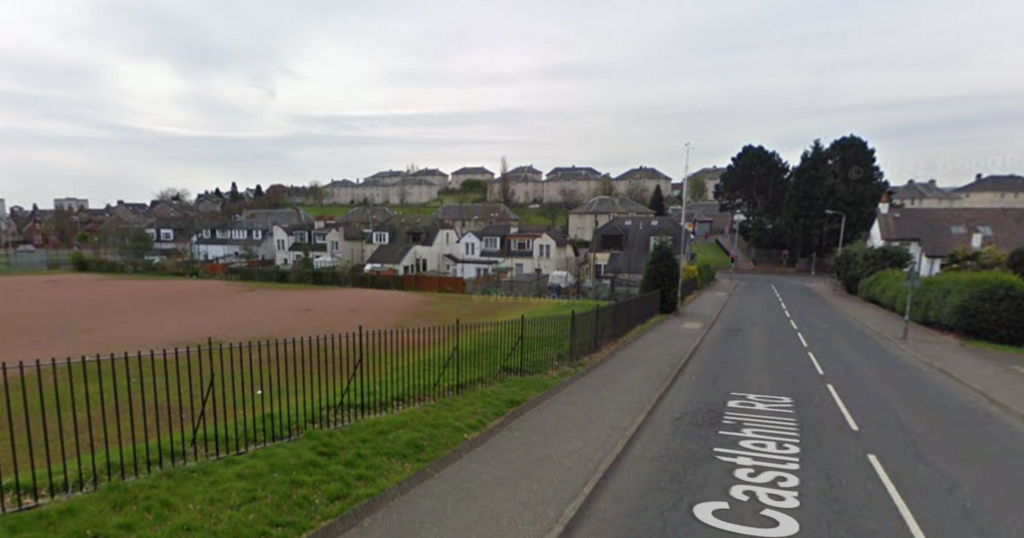 Two teenage boy have been left injured after being hit by a car in a hit and run in Dumbarton.

The boy, both aged 15, were at the entrance to Castlehill Park, known locally as The Money, when they were struck by a blue car driven at them around 9.10pm on Sunday September 12.

One boy was rushed to the Royal Hospital for Children in Glasgow for a serious injury to his foot and the other boy suffered a minor knee injury.

Police have now launched a probe and are appealing to the public for information.

The car is believed to have been a blue Ford Mondeo. Police confirmed it

Detective Sergeant Barry Convery, based at Clydebank, said: "We're appealing for anyone who perhaps saw the car in the area around that time being driven suspiciously to contact us.

"We're also appealing for any information surrounding the incident.

“Those with information should contact Police Scotland on 101 quoting incident number 3539 of 12 September or anonymously via Crimestoppers on 0800 555 111.”