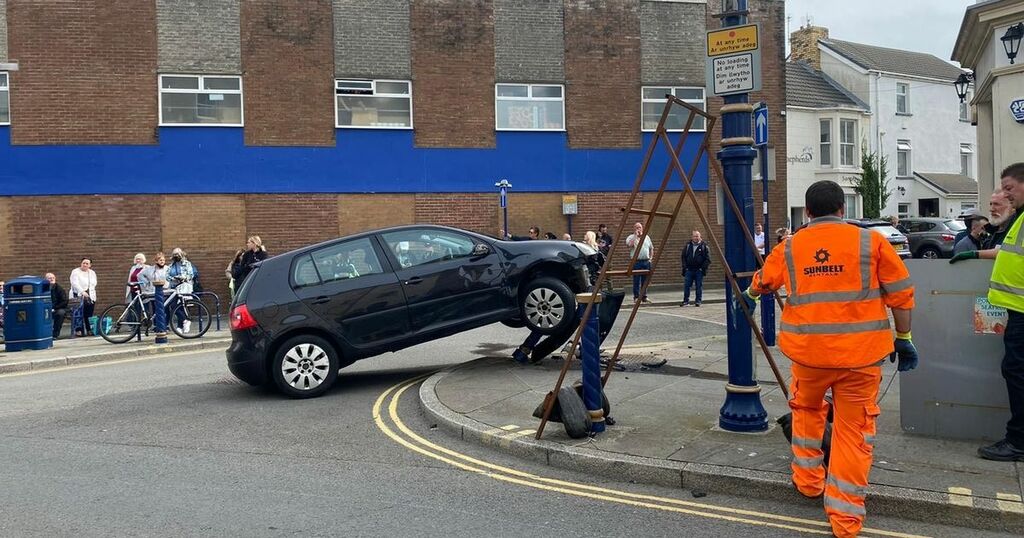 A car veered off the road and crashed into a pavement bollard in the middle of a busy town.

The alarm was raised to South Wales Fire and Rescue service of a crash on John Street, Porthcawl around 11.45am on Monday, September 13. South Wales Police also attended the incident.

An eyewitness described hearing a "horrible screeching loud noise" followed by a "massive bang". They saw the car which had crashed into the bollard and said the bumper was off and something which looked like petrol was leaking from the engine. They then described seeing "a crowd" of people approach a person who got out of the car and stayed with them until police arrived.

Police have confirmed there were no injuries. A man has been arrested and remains in custody.

A spokesman from South Wales Fire and Rescue said: "At approximately 11.45am on Monday, September 13, we received reports of a road traffic collision in Esplanade, Porthcawl. Crews from Porthcawl station attended the scene. A stop message was received at approximately 12.06pm."

A spokesman for South Wales Police said: “Emergency services were called to a road traffic collision on John Street, Porthcawl just before 11.45am today. The collision involved one car. There were no reported injuries. A man was arrested and remains in custody.”

To get the latest news from Bridgend County Borough for free, sign up here.