The 100-year-old war veteran who won the nation’s hearts with his fundraising walk to help the NHS, will be honoured with the “Inspiration Of The Year” award at the annual “GQ Men Of The Year Awards” later this month.

Ahead of the digital ceremony, which is scheduled for 26 November, the former British Army Officer graces the January/February 2021 issue cover of the magazine, making him the oldest cover star in GQ’s 32-year history.

Upon finding out he is magazine’s oldest cover star, Captain Sir Tom said: “Well, that’s something special, isn’t it?

“And maybe next year, I’ll be the oldest again!”

Captain Sir Tom was photographed for the special shoot by Gavin Bond and is pictured wearing a classic black tuxedo.

According to the credits for the image, the shirt, bow tie, trousers and pocket square were all provided by Hugo Boss, but the fundraiser insisted on wearing his own jacket and waistcoat.

The Second World War veteran initially set out to raise £1,000 for NHS charities in March by walking 100 laps of his garden during the first national lockdown. However, on his 100th birthday, his appeal surpassed £32m.

Since then, Captain Sir Tom has gone on to receive a knighthood from the Queen and a phone call from the prime minister, write an autobiography, and have his life story turned into a forthcoming film adaptation.

Despite the numerous honours he has received, Captain Sir Tom has remained humble, maintaining he couldn’t have done any of it without his family by his side.

“When I started walking, I never envisioned that sort of money would appear. But I thank the whole family, and my daughter Hannah in particular, as without her this would never have blossomed as it did,” Captain Sir Tom told the magazine.

During the interview, he also praised Marcus Rashford for his campaign for free school meals.

“I think it’s essential that children get meals in holiday time too and I give him full marks for his effort, because he’s really working very hard on behalf of the children.”

Dylan Jones, GQ editor, said: “If this year shows us anything, it's that hope can come from the places you wouldn't expect.

”Captain Sir Tom Moore is the absolute embodiment of our Inspiration award for 2020.“

The January/February 2021 issue of British GQ is available on newsstands from 4 December.

GQ Men Of The Year Awards 2020 in association with Hugo Boss is available to view via British GQ’s YouTube channel on Thursday 26 November 2020 at 8pm. 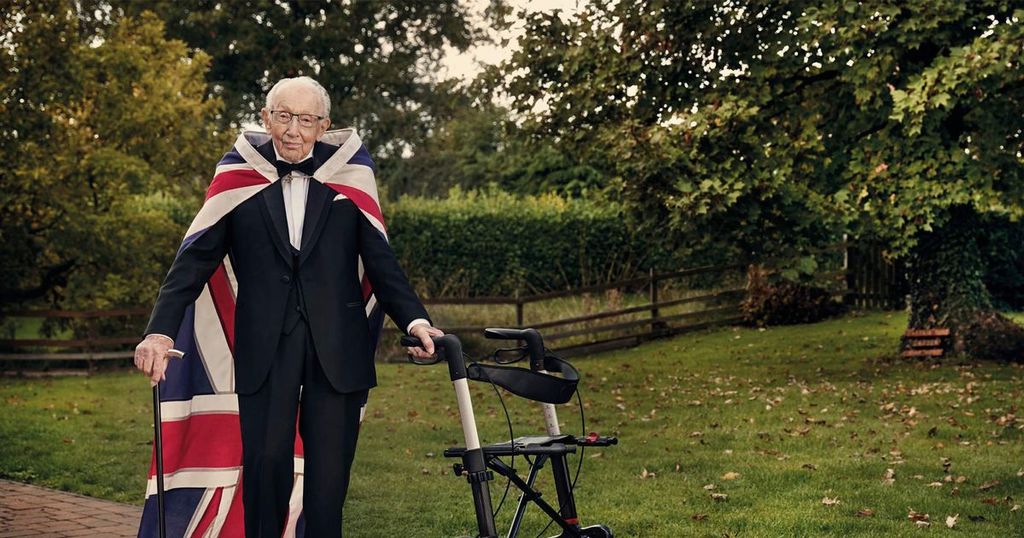