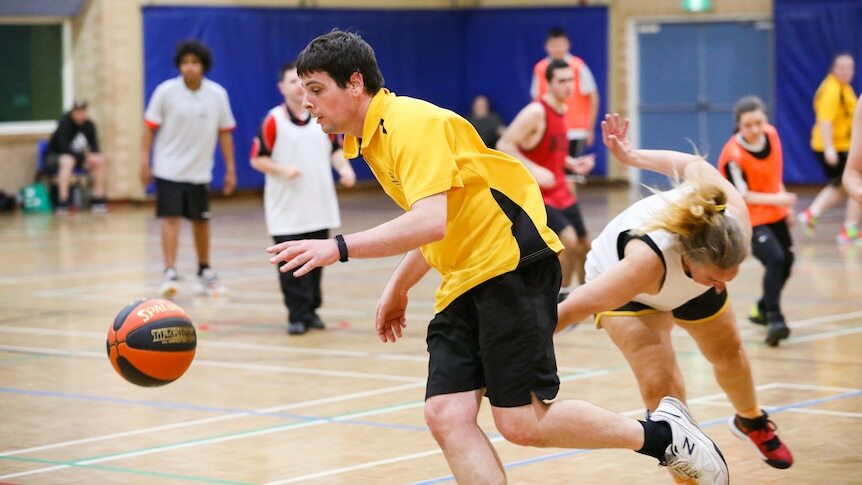 More than 100 athletes are competing in a different type of Olympics in Perth's western suburbs this weekend.

The Special Olympics State Games are the first step towards international competition in "the third Olympics".

Outside of the Olympics and Paralympics, the Special Olympics is the only organisation authorised to use the word "Olympics".

While the Olympics and Paralympics focus on achievement at an elite level, the Special Olympics provide year-round grassroots sport for people with intellectual disabilities.

The grounds of Hale School — where the State Games are being held this weekend — have been filled with cheers and jubilation as athletes competed in a series of track and field events.

Athletes will also compete in basketball, bocce, soccer and swimming over the weekend.

Teams for next year's National Games in Launceston will be chosen from this weekend's events.

An Australian team will then be selected for the World Games in Berlin the following year.

Athletes 'achieve in their own right'

Dot Shipard has been involved in the Special Olympics for almost three decades.

Between helping as an official on Saturday, she mingled with athletes, supporting them and celebrating their successes.

One of those athletes was Waiata Johnston, who travelled from Esperance to compete this weekend.

"I'm like a second mum to her," Ms Shipard jokes.

Ms Shipard first got involved in the Special Olympics while she was a swimming teacher in the Goldfields.

"It's the joy to see them achieve, where normally in this world people put them down and they can't achieve, but these athletes, they achieve in their own right.

"If people would just give them a go, they're better than their peers."

Another one of the athletes was Reece, 13, who was taking part in his second Special Olympics State Games.

Competitors Andres Guzman and Kellee Thomas took to the court for the basketball competition.

It was the first state games either had competed in.

"I want to show them my talent," Mr Guzman said, who hoped to play basketball for other teams in Perth.

Ms Thomas has already been playing in other competitions and said sport has had a major effect on her life.

Ms Thomas also plays football, cricket and netball, but now has her eyes set on the coming World Games.

"I want to try out for that as well and try to get in at least," Ms Thomas said.

"It would be my first time getting into global games so, hopefully, I do get in."

While sport is the most visible part of the games, it is about much more.

"Sport is such a great icebreaker, it just removes bias the moment you compete together or [watch] competition," Ms Brown said.

Ms Brown is part of a team working on a potential bid for Perth to host the 2027 World Games.

"The opportunity is enormous, and it's a catalyst opportunity to create systemic change for inclusion," Ms Brown said.

"It's a once-in-a-lifetime opportunity."

The games also include health screenings, to help address poor health outcomes that are prevalent in people with intellectual disabilities.

Western Australia's Sports and Recreation Minister, Tony Buti, said he had not received a proposal for Perth to host the games but was open to the idea.