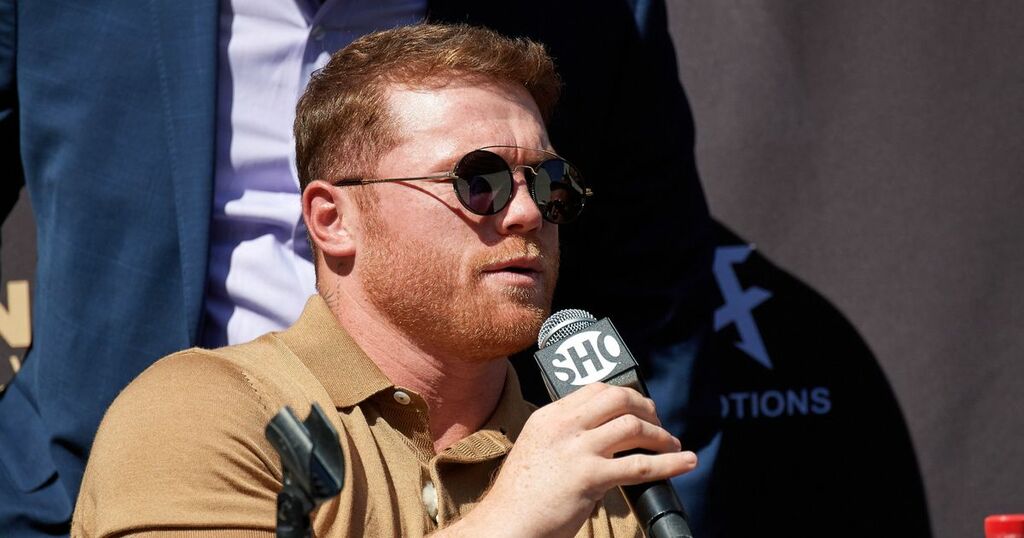 Canelo Alvarez has claimed his meeting with Caleb Plant will be easier than his last fight against Billy Joe Saunders.

The Mexican returns to the ring next month in another huge contest, for the undisputed super-middleweight titles.

And he defeated Saunders last time out, with a thundering barrage in the eighth-round forcing the Briton to retire.

Alvarez has admitted that Saunders could have been a sterner test than his next opponent Plant, due to his southpaw style.

“Yeah, the fight is same but different because Billy Joe Saunders southpaw and Caleb Plant is orthodox," Canelo said on The Last Stand. "I think it’s going to be maybe a little easy for me.

“It means a lot for my legacy. This fight is really important for us, for me, for Mexico, for the fans, for me team, because I’m going to be the first Mexican-American fighter to be undisputed champion. So for me it’s really important because at the end of the day I just want to make history.

“The first rounds is going to be difficult because of his style, but I know, I know how to break down that style. So maybe after five rounds I’m gonna do my things.”

The pair met at a heated press conference last month, which sparked chaotic scenes after the Mexican reacted to a comment from Plant.

And the face-off set a fiery precedent for the undisputed clash, with Plant's eye cut during the brawl.

The American challenger is confident in his own ability, and has vowed to cause an upset by dethroning his new enemy.

He is planning to maintain his perfect record, and has downplayed "experience" bringing any major factor into the duel.

“I mean, he’s a great fighter,” Plant said. “He’s been around for a long time and he’s accomplished a lot, but you know, within his first 30 fights I was probably fighting better competition than he was in the amateurs. I’m a Golden Gloves national champion, I’m an Olympic alternate.

HAVE YOUR SAY! Who wins - Alvarez or Plant? Leave your prediction in the comments section

"But, you know, I know he’s got experience on me, but everybody that I’ve ever fought had more fights than me. So, experience is a factor, but it’s not the determining factor.

"So, he’s a good fighter, but there’s no way that he’s better than me, and I truly believe that in my heart.”

Plant is fresh from defeating Caleb Truax early this year, and sits in second place in the active super-middleweight rankings.

And the 29-year-old has made his intentions to rattle Canelo clear, aiming a "drug cheat" jibe at his opponent during their exchange.

But it may take a lot more to unsettle his opponent, who has dealt with the likes of Floyd Mayweather and Amir Khan during his stellar career.

Alvarez has been linked with a bout against YouTube star Jake Paul after any undisputed victory.

And the 24-year-old has been calling for his name, ever since announcing his plans to become world champion.

But it seems to have been shelved for now, with the superstar more focused on conquering other weight classes.