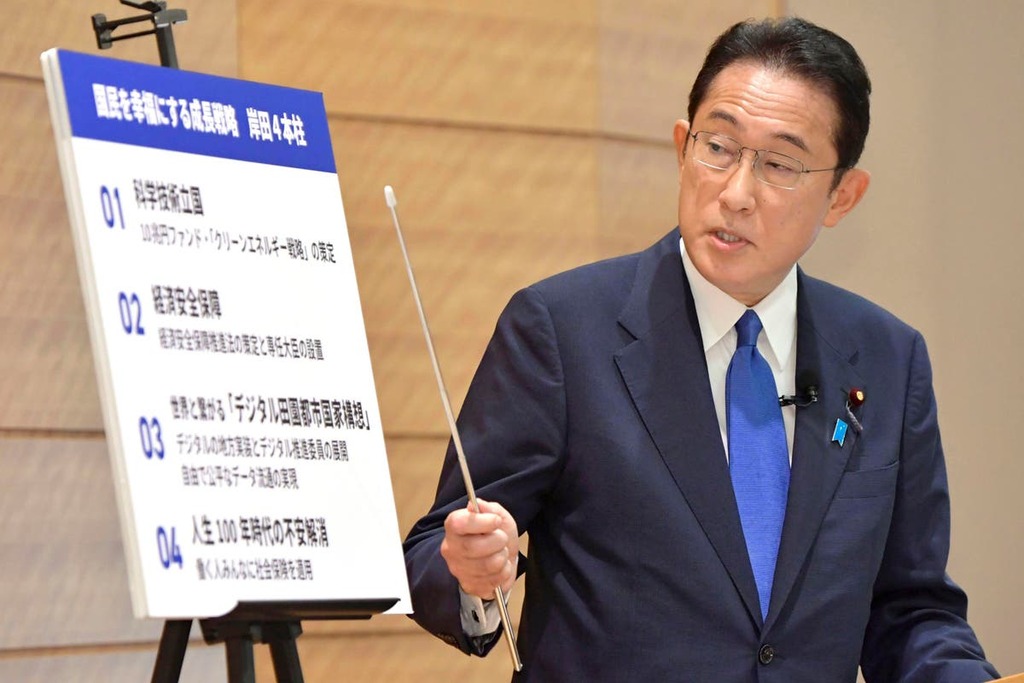 One of the main candidates to be Japan s next prime minister said Wednesday the country needs a new type of capitalism to address income and social gaps caused by the pandemic.

Former Foreign Minister Fumio Kishida is the only announced candidate so far in the race to lead the governing Liberal Democratic Party and succeed outgoing Prime Minister Yoshihide Suga. Whoever wins the Sept. 29 party vote is almost certain to be the next government leader.

Kishida focused on his economic policy, which he described as a shift from the neo-liberalism and deregulation started by a reformist former leader Junichiro Koizumi in the early 2000s that Japan has since adopted.

While deregulation and structural reforms have strengthened Japan’s economy and promoted growth, they also “created a gap between the rich and the poor, and those who possess and others who don’t,” Kishida said. The coronavirus pandemic has worsened the disparity, he said, noting tourism industry workers, contract workers and women are among the worst-hit.

“We have to turn around the economy in this situation, and if we just do the same thing, the gaps will only grow and there will be no positive cycle,” he said. “We will make a change."

Kishida also proposed an economic recovery package and a university package to promote vaccine development, biomedicine and other cutting-edge science. He also said he will promote clean energy technology to turn climate change measures into growth as Japan aims to achieve carbon neutrality by 2050.

Suga's decision to not run in the LDP race was important to give his party a fresh leader ahead of a general election that must be held by late November. The new party leader almost certainly will become Japan’s next prime minister because of the parliamentary majority held by the the party and its coalition partner.

Takaichi, 60, was also to announce her candidacy later Wednesday, seeking a chance to be Japan’s first female leader, though she has ranked low in media popularity surveys.

Takaichi shares Abe's revisionist views on wartime history and hawkish stance on national security. In her recent appearances on television talk shows, Takaichi said she will succeed some of Abe's unfinished work, including turning around the economy.

Takaichi is known for her support of traditional gender roles and paternalistic family values following the example of the imperial family, which only allows male-line succession. She also opposes a legal change to family registration law to allow married couples to keep separate surnames, her stance seen as reluctant to promote women’s advancement.

A member of the party’s most conservative wing, she often visits the Yasukuni Shrine, a memorial to Japan’s war dead. Such visits by Japanese leaders infuriate old wartime foes such as China and South Korea.