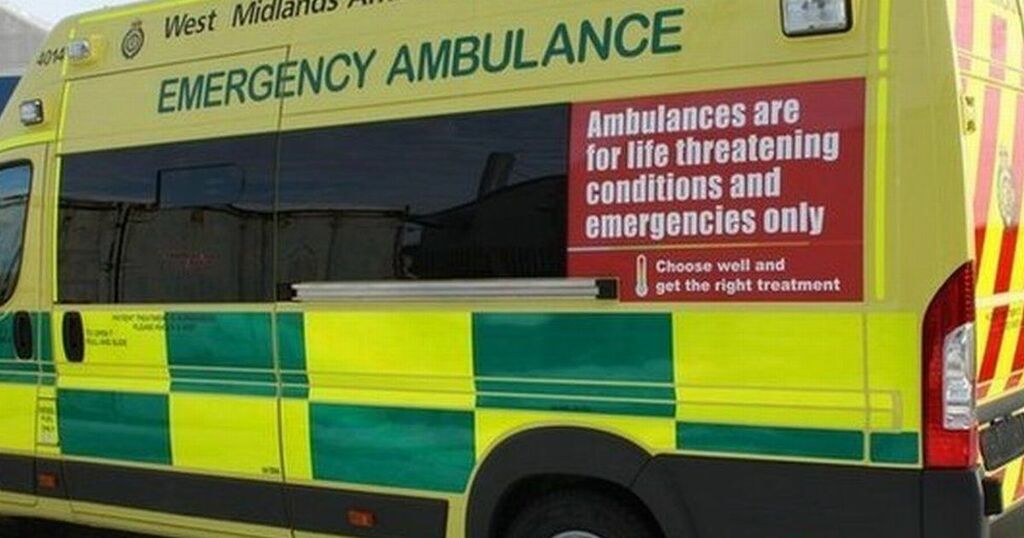 A cancer patient has died while waiting eight hours for an ambulance after he developed breathing difficulties.

An ambulance was first requested by cancer services to the man's home in Shropshire at 10.42pm on Monday.

But an ambulance didn't show up un 6.43am on Tuesday morning after seven further calls to report breathing problems.

When an ambulance from Shrewsbury finally turned up the crew found him dead.

He reportedly was wearing a coat and had a bag packed, ready to go into hospital.

WMAS said Monday and Tuesday had been among its busiest days on record.

"We would like to apologise to the family for the length of time it took to attend this incident," WMAS said.

Have you got a story? Email us at webnews@mirror.co.uk

"Our staff and volunteers are working tirelessly to reach patients as quickly as possible, but the severe pressure that A&E departments are seeing leads to delays for our crews handing over patients and responding to other calls."

It added paramedics "regularly ring back patients to reassess their condition and all patients continue to receive clinical care until they are handed over to hospital staff".

Ambulances should be able to offload their patients within 15 minutes of arriving at hospital and if there is a delay for more than an hour it is recorded on a log.

But by August this year it had surged to 15,651 hours, with almost half of WMAS ambulances at a hospital at any one time.

On Tuesday on crew was stuck for nine hours and 14 minutes.

WMAS said: "We are working with all local NHS partners to reduce delays so that our crews can respond to the next incident as quickly as possible."

WMAS took 5,577 calls on Monday and received 6,392 calls the following day saying it was busier than any New Year's Eve - which is traditionally the busiest day of the year.

Out of its 20 busiest days ever 19 were in June, July, August and September this year.