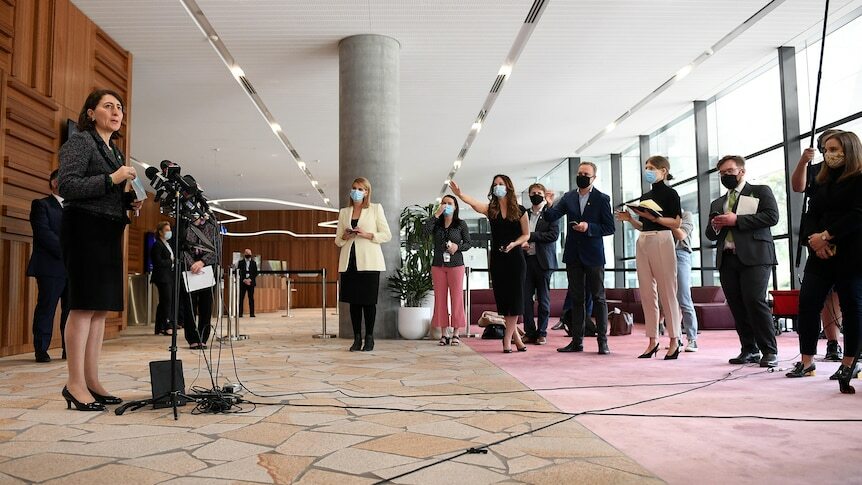 The Mayor of one of Sydney’s 12 hotspot LGAs has labelled a decision to cancel the daily COVID-19 press conference an "insult to the community" at a time when the state is in crisis.

From Monday, the 11:00am press conference will no longer go ahead and will be replaced with daily videos, published by NSW Health, showing updated figures and information.

Premier Gladys Berejiklian said she and her ministerial counterparts would front the cameras "intermittently" on a "needs basis".

She insisted the government was not attempting to shy away from media scrutiny, saying NSW "prides itself on having the most transparent information available".

But Khal Asfour, the Mayor of Canterbury-Bankstown, is not convinced.

The local government area recorded 269 new infections on Friday, the highest in any Sydney area.

"The Premier's the one who called this a national emergency a few weeks ago and now, in the middle of this emergency, at the height of the pandemic when the case numbers are about to reach their maximum, she bundys off," he said.

"It's an hour of her day to answer questions on behalf of the community and now she's decided she doesn't want to do that. She's too busy for us.

"I really do think it's an insult to our community and to everyone — to the workers that are stuck at home, to the business owners that can't go to work. I mean, what are they to think when their leader, when their Premier, just turns [her] back on them once more?

"In a middle of a crisis, the leader needs to be front and centre, answering questions and giving us assurance and hope.

"I think it's quite insulting."

Those sentiments were echoed by NSW Labor leader Chris Minns.

"I think the better decision would have been [to stop the press conferences] at the point where we hit 70 per cent vaccination rates," he said.

"I'm not demanding that she be there — the Chief Health Officer, the Health Minister himself, perhaps the Deputy Premier can fill the void if there are other more pressing issues for the government to deal with — but I think the complete absence of them is an error.

"It's an important part of scrutinising the decisions that are being made to have journalists there, particularly if Parliament is not sitting at the moment.

Replacement updates must be “meaningful”

The NSW president of the Australian Medical Association, Danielle McMullen, said the body's priority was for the government to keep the health system running, but she said part of that role was to keep the public informed.

"We recognise that on some days the press conference doesn't add much more meaningful update other than sharing the numbers," she said.

"But it is important that as this crisis continues to unfold and we are still yet to reach our peak in infection numbers and particularly our peak demand on the health system, that the public and the health profession still have access to, and regular updates from, our political and health leaders," she said.

"While it might not be daily, we still do expect that there should be regular contact from our leaders to keep us up to date and give us meaningful information about COVID-19 numbers, the impact on the health system and also that all-important health messaging back to the public about what we can all do to turn this thing around."