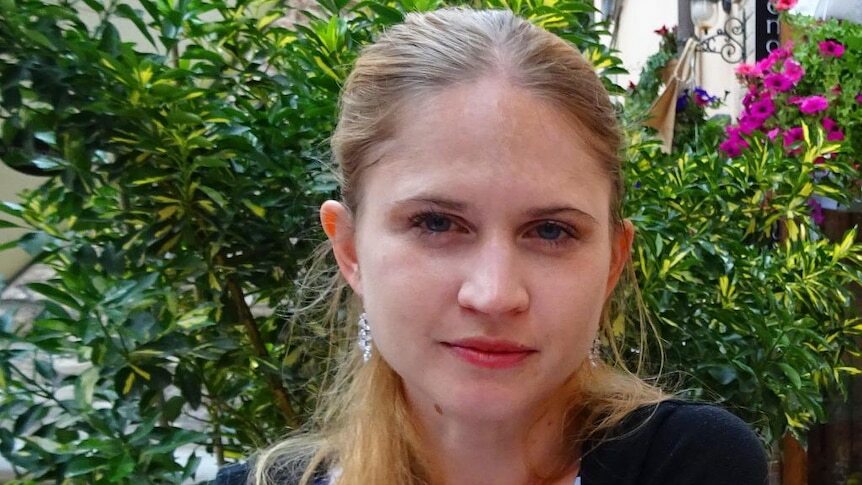 A Canberra woman who tested positive for COVID-19 yesterday has spoken of her frustration after she went out of her way to do all the right things to avoid infection.

Sonya Heaney was among the 19 new COVID-19 cases reported in the ACT yesterday.

Chief Minister Andrew Barr said of the 19, the majority — 11  — had been in quarantine for their entire infectious period.

Ms Heaney was one of them — but she caught the virus from her parents, and the source of their infection remains a mystery.

Since they returned positive test results two weeks ago, she has been at home alone, waiting for the inevitable phone call.

Ms Heaney has spoken about the stress of not knowing the original source of her family's infection and the frustration of being too late to get a COVID-19 vaccine before becoming infected.

The struggle to identify symptoms while waiting to test positive

Ms Heaney said the delay between her exposure to COVID-19 and her positive test showed just how unpredictable the virus could be.

She said she was now experiencing symptoms such as fatigue and a sore throat, but was unsure of when the first signs appeared.

"I've got a funny feeling in my throat and I've got a little bit of a headache, but I mostly just keep falling asleep," she said.

"Over the last week, there are a few afternoons I thought, 'I have to go to sleep right now'."

But she said it was hard to tell when she had first developed symptoms, because she had also been affected by the stress of seeing her parents become unwell and be relocated to spend their quarantine at an ANU facility.

"But you look back and you can't really tell much — you think, was that COVID?"

Ms Heaney said when the call finally came, about two weeks after she was first exposed to the virus, she knew what they would say.

For her father, Christopher Heaney, it was still a blow, even though it was expected.

"It wasn't great news, it was a bit devastating actually, because we were in isolation at the ANU and she was by herself, so we were very concerned about her health," he said.

Mr Heaney and his wife were eventually cleared of their own infections and allowed to return home to care for their daughter, after she had spent nearly a fortnight alone.

'She wasn't having a party'

Mr Barr has said repeatedly that as long as cases are infectious in the community, it will be unlikely the ACT will be able to leave lockdown and experience eased restrictions once more.

But he has also said that it is still possible for the territory to reach COVID-zero, remaining optimistic even as NSW and Victoria have given up and turned to vaccines to free them from lockdown.

While yesterday the number of infections in the community was just six out of 19, on previous days it has been much higher.

On Saturday, 32 new infections were announced, 19 infectious in the community.

Health authorities have made clear that these cases pose a concern, but that there are degrees of risk posed by different individuals, depending on their movements while infectious.

There are two types of behaviour that have been singled out as most concerning by health authorities.

They were those who were waiting a few days to get tested after the onset of symptoms, and those who were stopping off at shops or to get takeaway while on their way to and from a testing site.

Health Minister Rachel Stephen-Smith said on Monday that people leaving their homes for any reason while awaiting a negative test was not acceptable.

"On some occasions, these people have subsequently received a positive result from the tests that they were awaiting," she said.

Every day, the number of new cases infectious in the community has become the one Canberrans listen out for — the number that could still bring them eased restrictions.

But that focus has become a cause of stress for Ms Heaney, who said it unfairly placed blame on people like her parents, who had done the right thing.

She believes contact tracers will never learn how they came to be infected, and had stopped calling the family.

"My mother went to Woolworths a few weeks ago and she didn't know [she was infectious]. That was about the only place she'd been — [she] wasn't having a party somewhere, which people seem to think it is."

Mr Heaney agreed, adding it was also a reminder to Canberrans to take every precaution.

"I think people have just got to be very cautious about their contact when they're out in the public arena, wearing masks, making sure they keep their distance," he said.

The loneliness of quarantine

Mr Heaney was vaccinated before he was infected, but his daughter does not have that reassurance as she battles the disease.

She said it was frustrating that she had been unable to get a vaccine before contracting the infection — as a person in her 30s, she only became eligible for Pfizer after she developed COVID-19.

"People in different age groups say 'oh, well I'm vaccinated, why aren't you?' And I thought, 'well you got lucky with your age'," she said.

"I had to stop going onto Facebook, because everyone was bragging about their vaccines ... and I tried. [There's] nothing I can do."

After her diagnosis on Monday, Ms Heaney tweeted about the loneliness she had experienced in quarantine, and called on Canberrans to show empathy.

"When the ACT press conference happens tomorrow, and it's announced that it's "good news" the 'cases' were in quarantine, please think about the fact one of them is me, and I'm terrified," she wrote.

She said the loneliness had become worse over time.

"I put the TV on and they had ads showing young people dying in hospital and I thought, 'oh, great, there's another one'. And I thought, 'I can't even watch TV'."

But she said she was grateful for the gifts people had brought to her doorstep and to all those who had offered support, adding that even the Health Minister had stepped in when she expressed frustration with ACT Health staff on Twitter.

"Rachel Steven-Smith actually personally sorted out issues for me through messages on Twitter," she said.

"I was having problems with the call centre and they were giving me all the wrong information. And she was messaging me private messages to give me phone numbers and things to sort things out ... and helping when she didn't have to in the middle of the night.