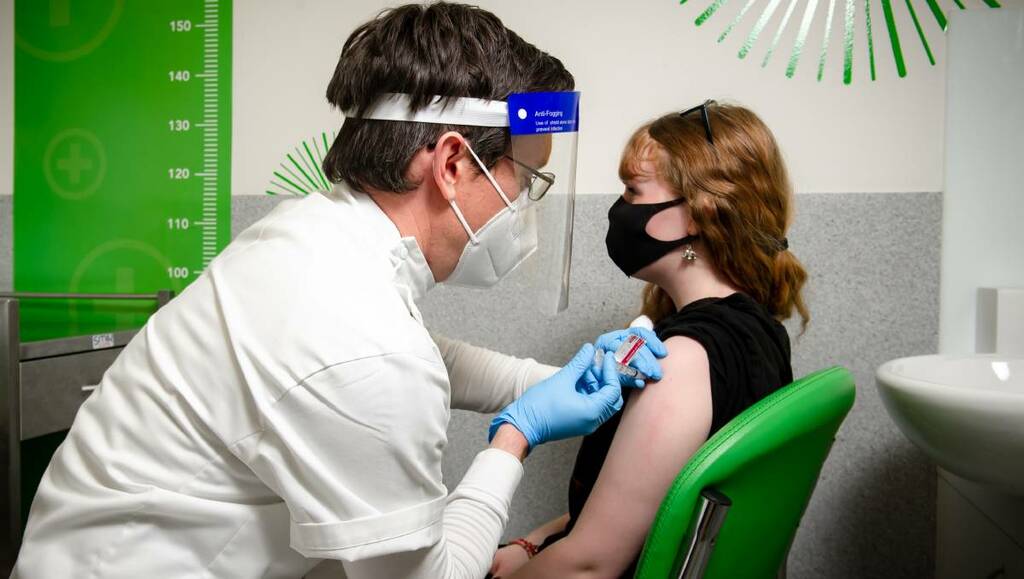 A Canberra infectious diseases expert expects the city to be one of the most vaccinated in the world, though hitting 100 per cent of the population vaccinated is unlikely.

"My expectation is we will be one of the best vaccinated in the world, because of the figures I've seen already," Professor Peter Collignon said.

The territory on Thursday reached 96 per cent of its population aged 12 and over with a first dose, as thousands continue to make their first bookings.

A double dose vaccination rate of 95 per cent is "as good as you could ever expect", Prof Collignon said.

"One-hundred per cent I don't think is realistic, because there are some people who I believe have made a bad decision, but they ... will not want to get vaccinated," he said.

"And I don't think you can force those people to be vaccinated. We can try and persuade them, but there's probably about four or five per cent of people we won't persuade."

"It's probably mostly around people who just haven't quite got around to it yet, or the very small number in the population who are vaccine hesitant, or some people who face barriers to access," she said.

Young people aged 12 to 15 make up some of the unvaccinated, the majority of them having only had access for a few weeks, but their take-up has been "really high", the health minister said.

"We know that there are groups in our community who for whatever reason face a barrier to access of mainstream health services," Ms Stephen-Smith said.

"They may not be trusting of government, they may not feel comfortable, they may have difficulty making a booking, which we have required to date."

Ms Stephen-Smith said the ACT government was working through its Equity and Access program to reach those people.

"That's why we've got that real focus to ensure that everybody in the ACT community has an opportunity to be vaccinated before we start opening up," she said.

NSW on Wednesday hit 70 per cent of its population double-vaccinated, triggering greater freedoms for the state from Monday.

The ACT has been reporting the percentage of its eligible population vaccinated since September 20, breaking form from the federal government and other jurisdictions which are reporting those 16 and older.

"Like NSW we have reached the 70 per cent double dose milestone for Canberrans aged 16 and over, but we are focused on the whole eligible population aged 12 or above, which will take a few more days to reach this benchmark."

Ms Stephen-Smith said the government would be watching the situation in NSW closely as restrictions eased, particularly southern NSW which had seen increased cases in the last weeks and which relies on intensive care capacity in Canberra.

Meantime, southern Canberra had a double-vaccinated rate of 78 per cent of residents over the age of 16 at the start of the week, compared with north Canberra's 58 per cent.

There were 41 new cases of COVID-19 reported, including another baby linked to Centenary Hospital for Women and Children.

On Wednesday, a baby in the hospital's special care nursery tested positive after showing symptoms of the virus on Tuesday night.

A team member, and two carers who had visited the nursery, also tested positive for COVID-19, bringing the total cluster to five.

The source of infection for the cluster is still under investigation, and 28 health workers are quarantined for 5-14 days as a result.

Ms Stephen-Smith said neither baby was in critical condition but one had been moved to a COVID ward.