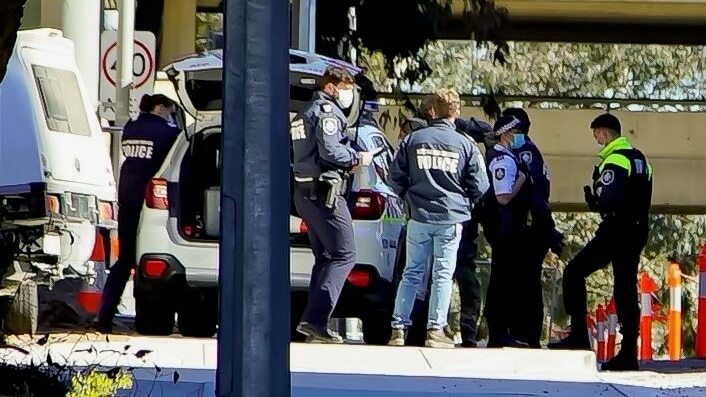 A 21-year-old man has faced the ACT Magistrates Court, charged with shooting another man at a hotel in Canberra's north last month.

Police converged on the Abode Hotel in Belconnen on the morning of August 18 after a man was shot in the leg in the carpark.

The 58-year-old was taken to hospital with non-life-threatening injuries and the alleged shooter fled.

ACT Policing said a man was arrested the next day across the border in New South Wales after ramming police cars, and had now been linked to the shooting.

Today, Kasey King faced the ACT Magistrates Court where he was charged with threat to kill, inflicting grievous bodily harm and firing a gun.

Mr King indicated in court he will fight all the charges.

"At this stage, it appears that it was a robbery, the offender was attempting to take the vehicle," Detective Inspector Scott Moller said this morning.

"He was arrested and charged with numerous driving offences and after some inquiries and extensive work by our detectives, he is being charged today with that shooting."

The 58-year-old man had a gunshot wound to his leg and was taken to hospital where he required surgery.

Detective Inspector Moller said the shooting was captured on CCTV.

"There's been a lot of effort put into ensuring that we've got the right person and that we can put the right information before the courts," he said.

Mr King is expected to return to court next month.