Half of ACT's adults fully vaccinated 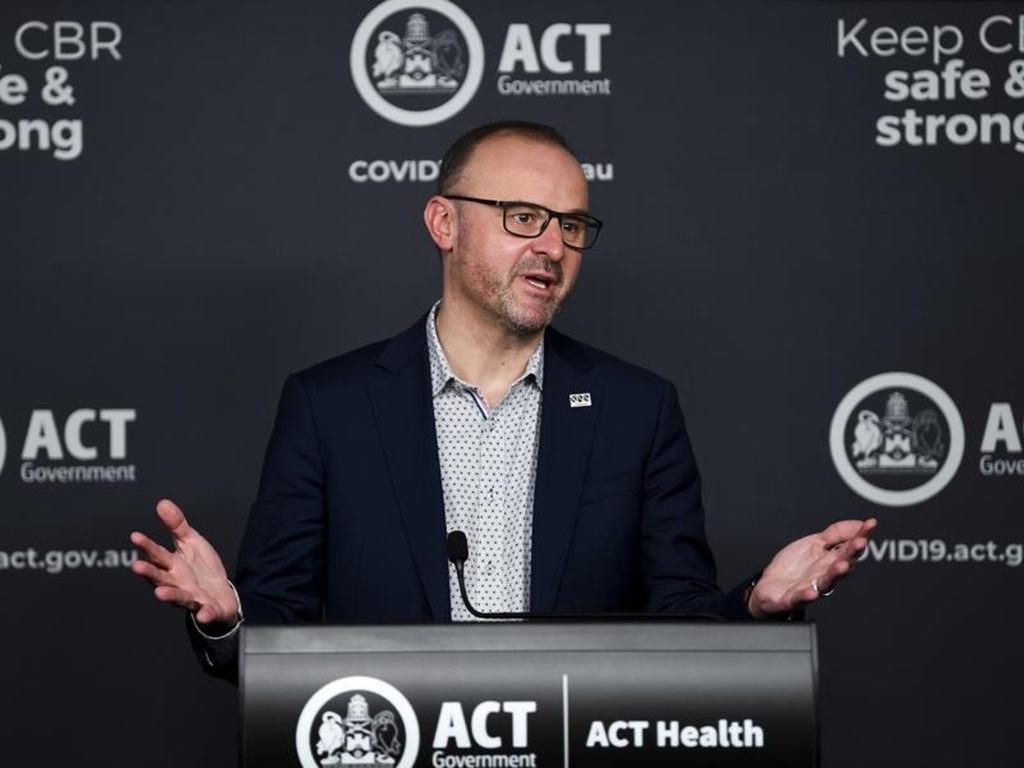 Canberra has become Australia's first jurisdiction to vaccinate half of its over-16 population as the ACT records 24 new coronavirus infections.

Chief Minister Andrew Barr on Friday confirmed just over half of that age cohort had been double-dosed.

He expects the ACT to hit 75 per cent first doses for over-16s over the weekend as thousands of additional Pfizer appointments open up.

These 30,000 extra appointments will be available over the next six weeks at the Australian Institute of Sport.

The chief minister also suggested outdoor recreation, such as golf and tennis and national parks, might be back on soon as restrictions start to ease.

"This is not about the recommencement of organised sport, but it would be safe, managed, small gatherings," Mr Barr told reporters.

"It's on the agenda, it's being considered."

But he stressed gatherings at homes would likely remain off the cards.

Canberra remains in lockdown until at least midnight next Friday.

The steps and timeline to ease restrictions will be unveiled on Tuesday.

It comes as the ACT works to boost its testing capacity, with daily testing rates currently around the 3000 mark.

Health Minister Rachel Stephen-Smith floated the possibility of 10,000 tests being processed a day.

Of Canberra's latest infections, 16 are household contacts of existing cases and another two are linked to clusters.

The source of six other infections remains under investigation.

At least six of the 24 cases were in the community for some of the time while infectious.

There are 15 cases in hospital - ranging from under the age of 12 to their 70s - with four in intensive care including one on a ventilator.

All but four are unvaccinated and three are confirmed to have received a single dose.

Overall during Canberra's latest outbreak, about 361 of 463 cumulative cases, or 78 per cent, had not received any vaccine.

The majority of cases are in people younger than 45, reflecting the fact Pfizer eligibility was only recently opened to everyone down to the age of 12.

Chief Health Officer Kerryn Coleman used the figures to stress the importance of people getting a jab as soon as possible.