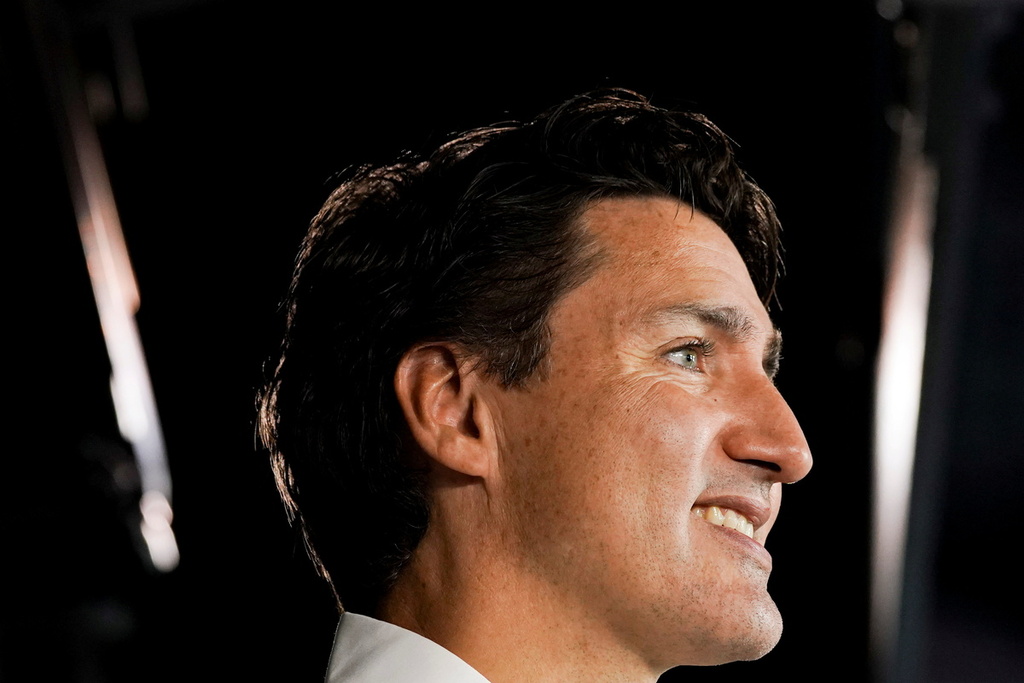 OTTAWA (Reuters) - Canadians voted in advanced polls in record numbers ahead of an upcoming election, some looking to beat crowds amid the coronavirus pandemic, according to data released this week, though an expected avalanche of mail-in ballots has failed to materialize.

Prime Minister Justin Trudeau, who called the snap Sept. 20 election to try to secure a majority, is now fighting to keep his job with his Liberal party in a tight race against their main rival, the Conservatives.

Nearly 5.8 million Canadians voted early this election, up 18.5% from the 2019 vote, preliminary data from Elections Canada shows. Separately, a record 1.2 million mail-in ballots have also been issued, though that is far fewer than the 2.3 million to 4.3 million range Elections Canada had predicted.

The surge at advanced polls, coupled with softer demand for mail-in ballots, shows Canada's highly vaccinated populace is comfortable voting in-person, alleviating some worries voters would not show up due to pandemic fears, said experts.

"Most people are double vaccinated now. So I think they are maybe less afraid to go vote in-person," said Daniel Beland, a professor of political science at McGill University.

"If we were still in the third wave, where few people had been vaccinated, I think things might be different."

More than 77% of eligible Canadians are fully vaccinated, but a Delta-driven fourth wave has cases surging across the country.

While mail-in voting is proving less popular than anticipated, it could still slow counts in a handful of tight ridings, potentially delaying the overall outcome for days. Most mail ballots will be counted only after they are checked against in-person votes.

"This will be an unusual election because we will break the record for mail-in ballots federally. That plus the pandemic makes it difficult to get a sense of the likely voter turnout," said Nik Nanos, the head of Nanos Research.

The Conservatives and Liberals are locked in a dead heat at 31.2% to 30.5% of the vote less than a week from election day, according to the latest Nanos poll. The left leaning New Democrats have 21.4%.

Trudeau was attacked by his rivals on Wednesday, after data showed inflation was at an 18-year high amid upward pressure on prices for everything from gasoline to housing to furniture.

(Reporting by Julie Gordon in Ottawa; Editing by Aurora Ellis)