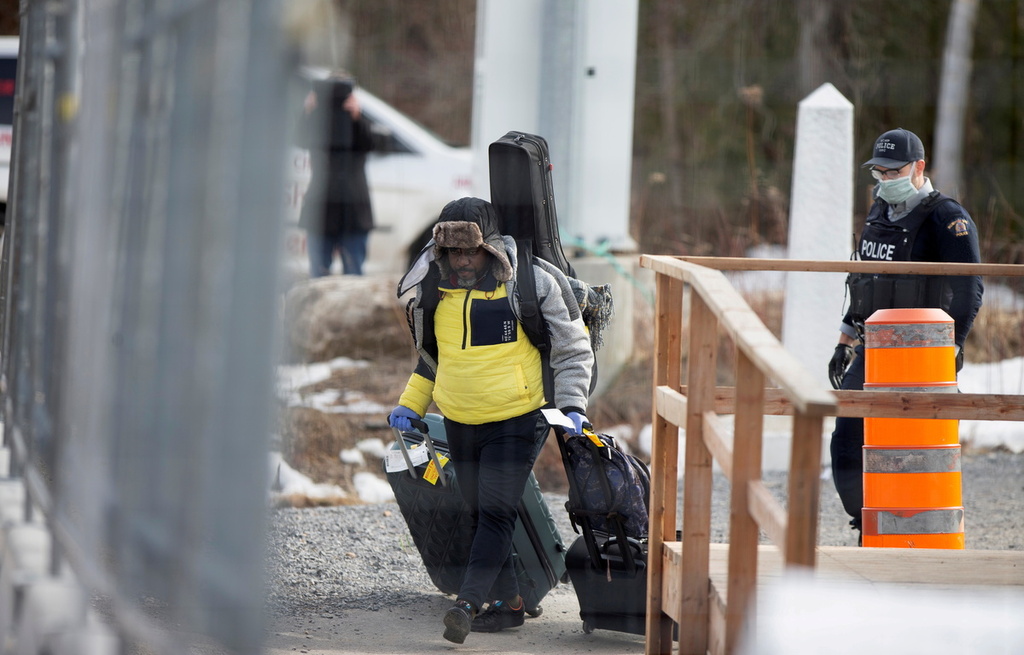 Canada is ending its pandemic-era policy of turning back asylum-seekers trying to cross into the country between ports of entry, according to a revised policy document released on Sunday.

Canada turned at least 544 would-be refugees back to the Unites States between March 2020 and mid-October. The government did not immediately respond to questions regarding why it was ending the policy now and what if any quarantine rules would apply to asylum-seekers who are not vaccinated.

Canada had said the measure was necessary given health concerns during the coronavirus pandemic. But refugee advocates argued attempts to claim asylum should not be considered "discretionary travel" and pointed to class exemptions Canada made during the pandemic for professional athletes, among others.

"It's a relief to see the measures for refugees align more with our international obligations, and I think it's been clear all along that public health and refugee protection could coexist," said Maureen Silcoff, a refugee lawyer and past president of the Canadian Association of Refugee Lawyers, which took the government to court over the policy.

Silcoff said it did not make sense to allow tourists entry, as Canada has begun to do, while barring people seeking protection.

An unknown number of asylum-seekers turned back were taken into indefinite U.S. immigration detention and at least two were deported, refugee lawyers working on their cases say.

Exemptions have been available since the policy began, and in August Canada began allowing more turned-back asylum-seekers to return and file refugee claims as part of what it called a "managed approach to reopening the border."

But advocates said this option was only open to those aware of it or who had legal counsel familiar with Canada's shifting system. The government defended the policy in court last month.

Canada has a Safe Third Country Agreement with the U.S. under which asylum-seekers trying to cross at official ports of entry are turned back. The agreement, challenged twice, was upheld most recently this past spring and may go to Canada's Supreme Court.