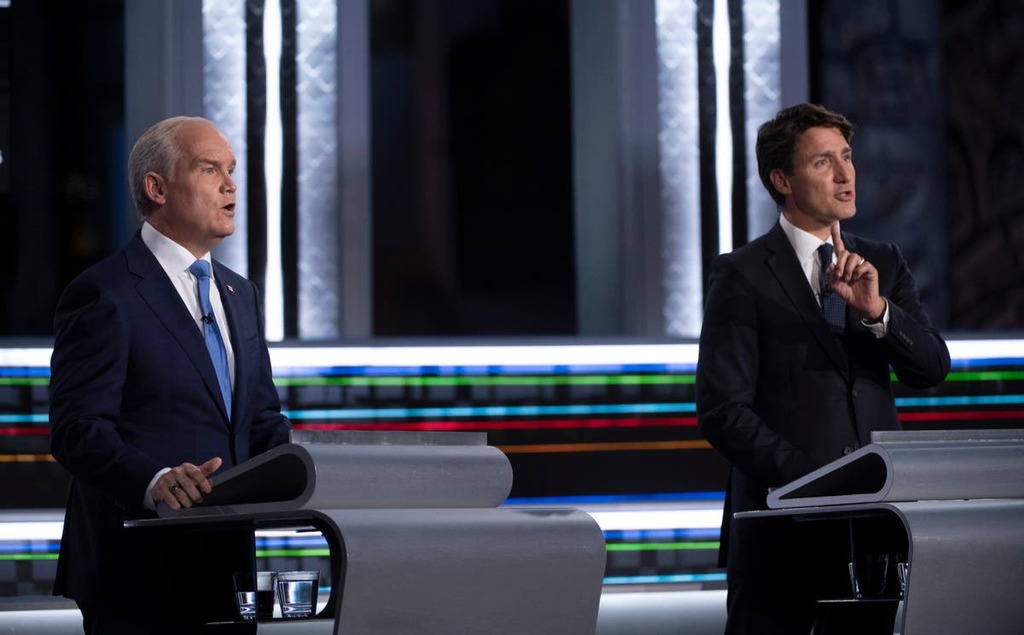 The leader of Canada’s Conservative party said Thursday he is personally “pro choice” and voters can trust his leadership after being asked during an election debate about some of his candidates who have more conservative views than him on issues like abortion and climate change.

Prime Minister Justin Trudeau called the election last month hoping to win a majority of seats in Parliament but polls indicate his Liberal party could lose power to the Conservatives and its leader Erin O’Toole in the Sept. 20 vote.

O’Toole has changed positions and moderated his party’s platform on a wide variety of issues including climate change in effort to draw support from Trudeau’s Liberal party. O’Toole favors a carbon tax, something unpopular with most conservatives.

Asked how can voters trust that he would be in the driver’s seat if elected prime minister, O’Toole said. “I am driving the bus.”

Trudeau said O’Toole is beholden groups on the right like the gun lobby and anti-vaxxers and his words should not be trusted.

O’Toole has not mandated his candidates be vaccinated. Trudeau has said all his have been vaccinated except one who received a medical exemption.

All the opposition party leaders criticized Trudeau on his overall record.

“Trudeau has ambition, he doesn’t have achievement,” O’Toole said at the only English language debate of the campaign.

Trudeau, the son of the late Liberal Prime Minister Pierre Trudeau, became the second youngest prime minister in Canadian history when he was first elected with a majority of seats in Parliament in 2015 after almost a decade of Conservative Party government. But there is some fatigue with Trudeau after six years, and scandals combined with high expectations have damaged his image for some Canadians. He won re-election in 2019 but with less than a majority of the seats.