What's the weather like in space? A new mission seeks to find out

On the morning of 1 September 1859, the English astronomer Richard Carrington noticed something strange on the surface of the sun: two patches of intensely white light erupting from a cluster of dark sunspots. Five minutes later, they vanished.

Later that night, bright aurora lit the Earth’s sky as far south as Havana and Honolulu. Around the world, telegraph communications failed, some of them bursting into flames.

Carrington had observed a billion tonnes of plasma being lifted off the sun’s surface and accelerated into space at more than 1,300 times the speed of sound. While most such events miss the Earth, this was a direct hit. The so called “Carrington Event” created the largest geomagnetic storm in recorded history.

Solar activity of this magnitude is, thankfully, rare. Analysis of ice core samples suggest the storm of 1859 may have been the fiercest in 500 years.

But what if it were to happen again?

The impact on today’s far more technology dependent society could be more serious. That’s why governments around the world are paying increasing attention to “space weather”.

Not to be confused with weather on Earth, space weather is concerned with the environmental conditions in near-Earth space caused by magnetic fields, radiation and matter ejected from the sun.

Last month, the US House science, space and technology committee approved a bill to prioritise investment in space weather forecasting. While the UK government has also developed a detailed strategy to prepare for severe space weather.

But there is a lot we don’t yet know. It’s difficult to predict space weather events with accuracy – and with more than 160 years of technological advancement since the Carrington Event, there’s no way to know what the impact on modern society would be.

To help answer these questions, we need to take a closer look at the source of space weather: the sun.

In 2018, Nasa launched the Parker Solar Probe, venturing closer than any previous mission to study the sun’s atmosphere or corona.

On 9 February the European Space Agency will launch its own mission, the Solar Orbiter, to further expand our knowledge of the sun and space weather. It will use the gravity of Venus to help get into orbit around the sun. The Solar Orbiter will not get as close as Nasa’s probe but will be able to look directly at the sun.

Of the many innovations onboard the Solar Orbiter, one of the most interesting is the heat shield. Its outermost layer will be lined with a material called “solar black” – a type of black calcium phosphate processed from burnt bone charcoal.

Burnt char bone has an ancient legacy. Our prehistoric ancestors would use it, along with wooden charcoal, as a black pigment. The survival of some cave paintings after thousands of years is a testament to the material’s endurance.

Remote-sensing instruments onboard the Solar Orbiter will observe the sun through tiny sliding doors in the shield, while other instruments will measure the conditions around the spacecraft. Together, they will allow the craft to investigate the three most common types of solar activity that drive space weather:

Solar flares are sudden flashes of increased brightness but most of their energy is invisible to the naked eye, consisting of intense bursts of ultraviolet and X-ray radiation.

Solar flares are a particular concern for human missions to the moon, Mars or beyond. For example, if Apollo 17 had launched just a few months earlier, it may have encountered the solar storm of August 1972, potentially exposing the three astronauts to dangerous levels of radiation.

Scientists have a good idea of how solar flares get their energy and we know that they occur near sunspots. But the underlying mechanisms are not well understood and current methods of flare prediction are limited. There is currently no way of knowing when any given region of the sun will produce a flare.

Much like a giant particle accelerator, the sun sometimes shoots off storms of high energy protons and electrons into space.

Travelling at close to the speed of light, these solar energetic particles can reach the Earth within an hour, penetrating the protective layers of our magnetic field and sometimes even reaching the surface.

If they were to strike the Earth, electronics onboard planes would be damaged and air travellers would be exposed to increased doses of radiation.

Perhaps the most concerning element of solar activity, coronal mass ejections are eruptions on the surface of the sun that cause large parts of the corona to blast away.

They are slower than solar flares or energetic particles, taking between one and four days to reach Earth. But when they do, they create a geomagnetic storm which, much like a spring, compresses one side of the Earth’s magnetosphere while extending the other. When the spring adjusts, this “tension” is directed back into the upper atmosphere.

Coronal mass ejections can produce mass power outages and failure of telecommunication services, including GPS. The insurance market Lloyd’s of London estimates that in a worst-case scenario, it could leave 20 to 40 million people in the north-eastern US without power, perhaps for years.

Each of these phenomena can occur in isolation or in combination. On that morning in 1859, Carrington observed all three: a perfect solar storm.

What are the chances it could happen again? The estimates vary. Some reports have suggested the likelihood may be as high as 12% in the next decade. However, more recent studies have put forward a more conservative estimate of between 0.46% and 1.88%.

In the grand scheme of global risks, weather in space may be considered less of a threat to our safety than the weather on Earth. Nonetheless, the importance of Esa’s Solar Orbiter is not to be underestimated. It will answer important questions that will help us not only to prepare for severe space weather but also better understand the sun and its impact on our lives. 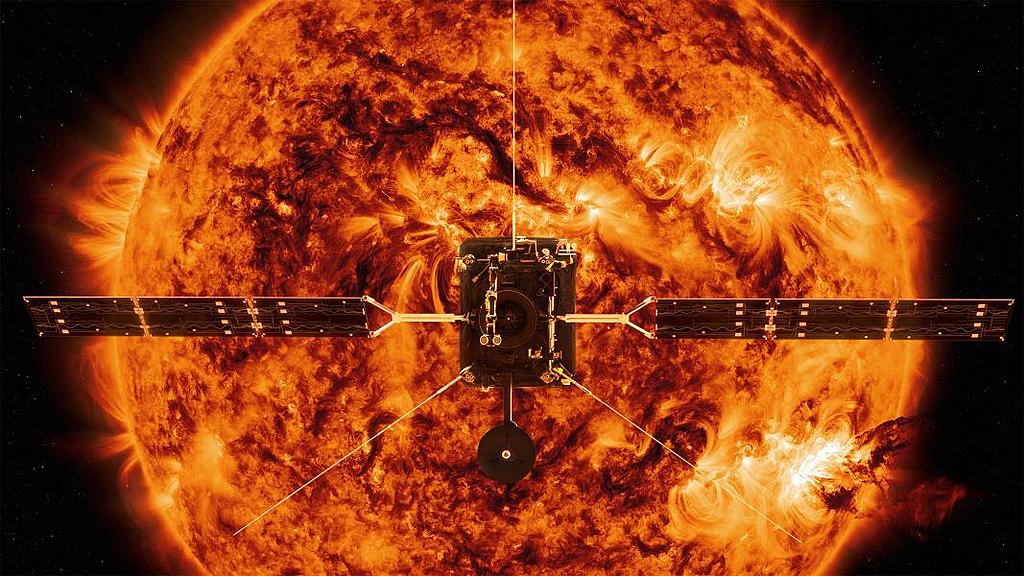 Watch Live Sunday: A Daring New Mission To Take Telescopes Closer To The Sun Than Ever Before
A new spacecraft called SolO launches Sunday that will try to solve several mysteries about our star.

The mission is expected to launch to space from Florida on Feb. 9.

The sun, the major source of life for our solar system, is more than just a burning ball we shouldn't…