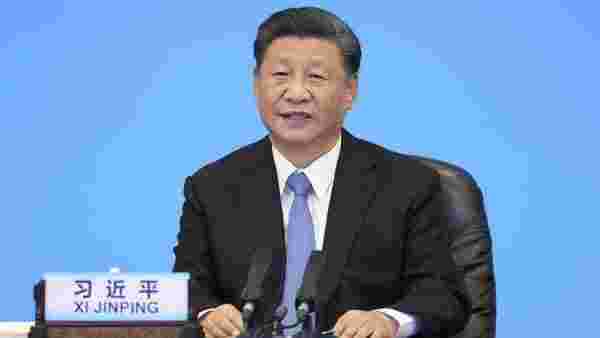 In late August, the Chinese government cracked down on videogames, banning anyone under the age of 18 from playing online between Monday and Thursday. On the other three days of the week and on public holidays, children will be allowed to play online only between 8 p.m. and 9 p.m.

This rule, including an “anti-addiction" system for tracking players, is the latest in the centuries of efforts by parents and governments to control the lucrative market for children’s minds.

It also is a reminder about such reforms throughout history: Often, the best way to make a business boom is to try limiting it. Ever since Adam and Eve ate the forbidden fruit in the Garden of Eden, telling people they can’t have something has made them want it all the more.

In every generation, children have craved whatever entertainment their parents decry and restrict the most. Then they’ve grown up, become parents themselves—and promptly curtailed their own children’s favorite diversions, often enlisting governments to enact new restrictions.

Such criticisms and crackdowns have tended to fizzle, fail or backfire.

Consider the printed weekly serials of Victorian Britain called “penny dreadfuls." Sold for a penny an issue to entice the biggest possible audience of children, they sensationalized crime, adventure, and the supernatural.

As critics fulminated and London’s Society for the Suppression of Vice sent the police to raid publishers, sales of penny dreadfuls went from a few thousand a week to hundreds of thousands. Meanwhile, crime rates fell as these cheap publications turned out to be a gateway drug that helped hook children on reading. Among the Britons who went on to acclaim after loving penny dreadfuls in their youth were novelist H.G. Wells and J.M. Barrie, creator of “Peter Pan."

In 1954, the U.S. Senate Judiciary Committee held hearings on whether comic books were contributing to juvenile delinquency. Its report, bolstered by so-called expert testimony that has long since been debunked, concluded that many comics offered “short courses in murder, mayhem, robbery, rape, cannibalism, carnage, necrophilia, sex, sadism, masochism, and virtually every other form of crime, degeneracy, bestiality and horror."

In response, the industry adopted the Comics Code Authority, mandating that “in every instance good shall triumph over evil" and that “all lurid, unsavory, gruesome illustrations shall be eliminated."

Kids didn’t want that. So William Gaines, formerly a kingpin of horror and crime comic books, focused his energy on Mad magazine. At its peak from the 1950s through the 1970s, Mad’s parodies and mockery taught millions of children to distrust powerful institutions like those that had attacked comic books—and made millions of dollars for Gaines and his investors.

In the mid-1980s, the Parents Music Resource Center—led by women married to leading politicians, including Tipper Gore, then-wife of future Vice President Al Gore—argued that popular music was behind a surge in rape and other violence. The group pushed several proposals, including putting warning labels on records with offensive lyrics, and prompted hearings by the Senate Commerce Committee.

While some music stores refused to carry albums that had been stickered, sales boomed overall. Rap and hip-hop, one of the genres targeted by the PMRC, went on to become America’s best-selling music.

Perhaps that wasn’t in spite of the parental advisories, but because of them. In 1989, on his track “Freedom of Speech," the rapper Ice-T ridiculed the warning labels: “The sticker on the record is what makes ‘em sell gold...The more you try to suppress us, the larger we get."

Another moral panic over children’s entertainment came in late 1993 and early 1994, when the U.S. Senate investigated violence in videogames.

The hearings cited such hits as Mortal Kombat, in which fighters tore off their enemies’ heads and ripped out their spines in one motion, and Night Trap, whose hulking vampires used drills to drain the blood from their victims. Sen. Joseph Lieberman introduced a bill that would create a government commission to monitor the content of videogames.

To avert that, the industry came up with its own rating board, which labels games and apps on their suitability for children and other users.

The result? Videogames became more violent—and popular—than ever. Today, estimates the Entertainment Software Association, a trade group, 76% of U.S. children and 67% of adults play videogames. Many say they couldn’t have survived Covid quarantine without them.

The Chinese government has long had its own concerns about protecting young minds from what it regards as immoral influences.

Chinese authorities often refer to videogames as “opium for the spirit" or “opium for the mind," invoking not only gaming’s addictive properties but the nation’s humiliating defeat by Britain and other colonial powers in the Opium Wars of the 19th century.

Many Chinese parents worry about how much time their children spend gaming, which gives the authorities the perfect pretext for the latest crackdown on children’s online activity. “It’s a convenient way for the Chinese government to gain consensus and support for the idea of controlling the internet in general," says Marcella Szablewicz, a media professor at Pace University who studies gaming in China.

The Chinese government has been restricting videogame usage for at least 20 years, says Lisa Cosmas Hanson, president of Niko Partners, a firm in Campbell, Calif., that researches the Asian gaming industry. Yet the number of gamers in China rose from 120 million in 2010 to 727 million last year, according to Niko.

Less than 5% of Chinese videogame revenue, on average, comes from children. Players of all ages have sidestepped China’s previous restrictions on videogames by using such dodges as private computer networks, logging on with fake identification or getting another person to sign in for them.

On Sept. 4, the first Saturday under China’s new restrictions, servers for Honor of Kings, one of the country’s most-popular mobile games, appear to have crashed during the single hour of government-permitted play, apparently because they couldn’t handle the surge in traffic.

Gamers aren’t going to put up with that. In the struggle between an authoritarian government and a few hundred million children, sooner or later the kids are going to win.

In his regular Intelligent Investor column, Jason Zweig writes about trends in the investing world, portfolio strategy and financial decision-making. Sign up for his newsletter here.