Can Boris Johnson survive partygate? The betrayed public will decide 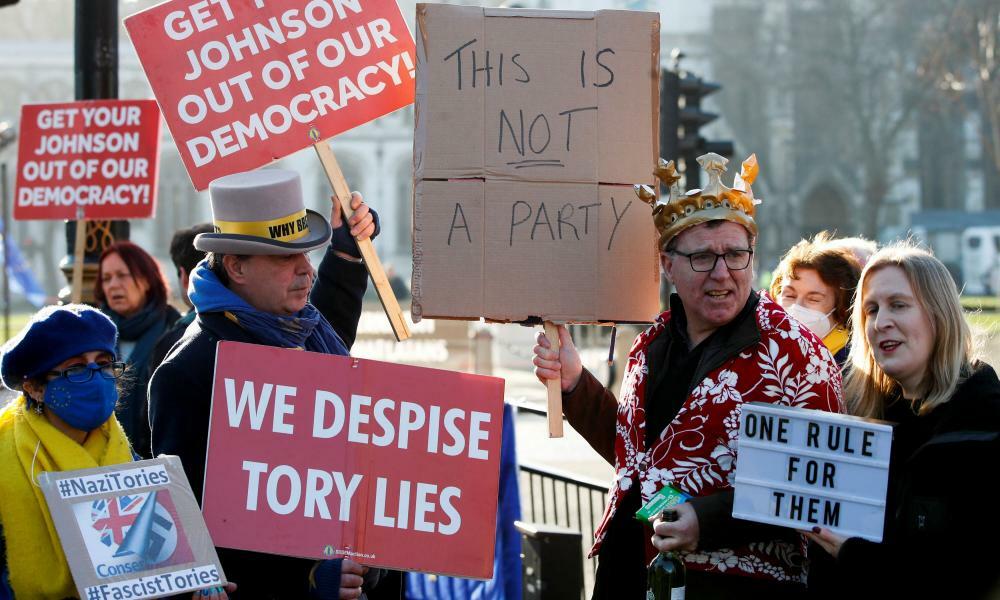 Mary Soames, a daughter of Winston Churchill, described the prospect of her father’s enforced resignation from Downing Street, largely because of illness, as “his first death”. Prime ministers rarely leave office willingly. Margaret Thatcher memorably had tears in her eyes as she drove away from her home of 10 years. Perhaps she was remembering the gentle advice from her closest adviser, Charles Powell, immediately after her third election triumph in 1987, suggesting that after two further years in office it would be wise for her to resign willingly.

“There comes a point when your reputation and standing as an historic figure are more important to your party, to your cause and to the country than even yourself can be,” he wrote, suggesting it would then be time for her to contribute in some other way.

Thatcher, of course, ignored him, instead granting an interview in which she said she intended “to go on and on”, only to be defenestrated by a party with an accumulated resentment of her divisiveness.

Geoffrey Howe, the former cabinet minister who wielded the knife in the Commons, was later to explain: “The insistence on the undivided sovereignty of her own opinion – dressed up as the nation’s sovereignty – was her undoing.”

In her memoirs she understood the source of her defeat, reflecting that “a prime minister who knows his or her cabinet has withheld its support is fatally weakened”.

For Boris Johnson, facing the biggest test of his term in office, there will be a similar reluctance to give way. His brief tenure contains a legacy of sorts, the negotiated departure of the UK from the EU, but not so long ago his advisers were briefing the Times he intended to stay in office for 10 years. He is probably assured the cabinet, many of them uninspired placemen and women, will not yet move upon him, even though he will be watching every move of Liz Truss, the foreign secretary, and Rishi Sunak, his chancellor.

His concern will be the court of public opinion, its impact on the parliamentary party, and the real threat that either Sue Gray, the ethics adviser, or the police will do for him.

Prime ministers have had the Metropolitan police on their case before. Tony Blair famously was pursued by the Met over allegations that peerages were offered to party donors who were asked to disguise donations as loans, and therefore not declared. The loans, it was alleged, might be turned into donations if a peerage was granted. In his autobiography Blair recalled: “From the day the story broke to the day I left it was a running sore.” The file was closed soon after he left office and Blair said the 18 months had been “an absolute hell” for all those involved.

Blair became convinced Gordon Brown had used the scandal internally to push him to go, something Blair had already agreed to do in principle. Many, including some Downing Street staff, were arrested, and Blair was interviewed three times, twice in office, but not arrested or interviewed under caution.

It was the first time a prime minister had helped the police with their inquiries. Channel 4 later reported the police had on one of the occasions sought to interview him under caution, and Blair declined, saying to do so would require him to resign as prime minister. The police reconsidered.

Eventually the Crown Prosecution Service dropped the case because there was no evidence of an explicit agreement that the cash would lead to an honour.

In reality, Johnson’s fate is less dependent on the police and more on Gray, on whose mercy he threw himself during prime minister’s questions on Wednesday.

The Johnson and Blair cases – potentially breaking the lockdown laws and the 1925 Honours (Prevention of Abuses) Act respectively – are of course very different, and carry very different penalties. Although cash for honours is reprehensible, and a feature of a corrupted political system, the offence perhaps does not have the same public resonance as a breach of the lockdown rules, since those rules applied to everyone.

It is the reek of hypocrisy, the betrayal of an assumed sense of national shared sacrifice, that is so dangerous to Johnson. The day after the party, 24 hours after the last empty cans were being cleared from the Downing Street garden, Johnson stood on the steps of No 10 to applaud NHS workers.

But there is one other parallel between the Blair and Johnson case. In both there was a sense that stories were being fed by internal party sources as a political rivalry. In his short time in office Johnson has managed to offend some knowledgable and merciless people. His efforts to show he is prime ministerial material – always an uphill task – are not made easier by the leaks.

It is possible he will survive – some politicians, such as Michael Heseltine, adored crises, and others, such as John Major, hated them. Johnson, who likes to be loved, seems uncomfortable confronting his mistakes.

Tory MPs will now have to decide whether the Johnson prime ministership has made a discrete but recoverable error of judgment, or is instead incapable of functioning effectively owing to personality defects – the verdict passed on three recent holders of the office, Brown, Major, and Theresa May, politicians whose reputations have improved out of Downing Street.

The fear is less that Johnson is accident prone, or weak, but fundamentally dishonest, utterly lacking what Blair once described as an “irreducible core”. The Tory MP Huw Merriman urged his colleagues to see Johnson “in the round”. The worry for Johnson is that too many MPs have indeed looked at that larger picture – and seen something irredeemable.