Can art overcome tensions between old and new in Hong Kong’s North Point? 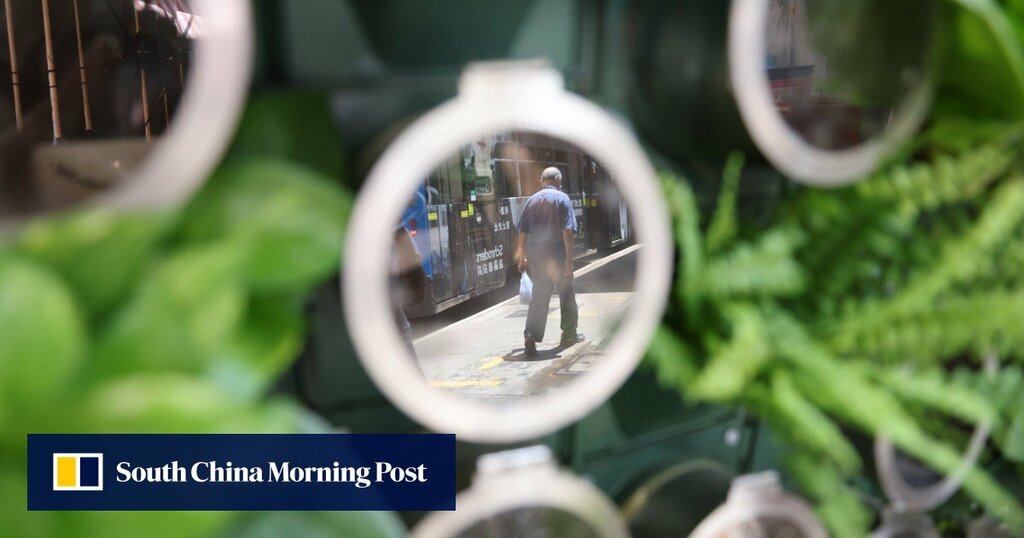 What makes this project particularly meaningful is its contrast with the redevelopment that the area saw in 2003 when the North Point Estate – a public housing estate built near the North Point Ferry Pier in 1957 – was demolished.

Many of the thousands displaced from one of Hong Kong’s oldest estates felt unheard and unseen, and the tension between old and new continues to this day in North Point.

The “Via North Point” project, coordinated by the Hong Kong Arts Centre, aims to improve the daily lives of all North Point residents and to reconnect the different areas in the neighbourhood with participatory art installations and designs.

Today, a glossy compound made up of the Hyatt Centric Victoria Harbour Hong Kong hotel, the Harbour North shopping centre and Victoria Harbour Residence, a luxury housing complex, stands where the old North Point Estate once stood. Although it has been several years since these buildings were completed, they still stick out.

This divide between the old and new does not only exist visually, but manifests in a prominent way in the daily lives of North Point residents, according to “Via North Point” presenters.

An analysis found that residents from North Point’s old neighbourhoods often stayed within the perimeters of these areas while conducting their affairs.

“They would only frequent places such as Chun Yeung Street and go back home,” says Hung Fei-ming, one of the organisers from the Hong Kong Arts Centre. Chun Yeung Street is home to the area’s wet market, which dates back to at least the 1950s.

The luxury flats selling for jaw-dropping prices – one 286 sq ft (27 sq m) studio is currently listed for HK$10 million (US$1.29 million) – and the shopping centre have brought little value to many long-time North Point residents.

With that in mind, “Via North Point” features an artwork category that involves artists reimagining community spaces in creative ways. Most of the artworks in this group can be used or enjoyed physically by members of the public.

What’s noteworthy is that the ideas were curated from the bottom-up, based on feedback collected from North Point residents regarding living conditions in the area. All six works of art attempt to solve the issues raised.

For instance, “A Cycle of Life in Chun Yeung” by architecture firm MLKK Studio is not only a sitting area and a community garden, but also a food waste upcycling spot, where food waste from the wet market can be put to better use.

Although the intention behind them is thoughtful, it is ironic that the artworks – which aim to better the lives of North Point residents – occupy the very site of the coercive estate redevelopment.

According to a government document regarding the matter, the unilateral decision to demolish and redevelop the North Point Estate in 2000 forced 1,750 households, comprising 6,250 persons, to relocate – a lot of them outside North Point.

At the time, the Hong Kong Housing Authority cited the necessary improvement of residents’ living conditions as the reason to demolish and redevelop the estate.

A previous resident of the North Point Estate said she still remembers her experience with some bitterness.

“There was nothing us residents could do when the government decided to redevelop the estate. Although a lot of us objected to the decision, the government did not care,” said 66-year-old Amy Tam Yuet-sheung, who left the estate in 2000.

Following the government’s decision, Tam moved to Shau Kei Wan, a neighbourhood further along the eastern side of Hong Kong Island. Before that, she had lived in North Point for 30 years.

“I feel so empty now whenever I pass by the area where I used to live with my family, knowing that I will never be able to return to life there,” she added. “It is simply impossible to afford something that has now turned into a luxury flat complex.”

The unique historical context of the area poses a meaningful question to “Via North Point” viewers: is the best way of modernising an old district truly to demolish and redevelop it?

Professor Ng Mee-kam, director of the urban studies programme at the Chinese University of Hong Kong, said there does not always have to be a losing party when it comes to redevelopment.

“For a redevelopment project to be a win-win situation, authorities really need to go into the project area and understand the needs of the residents. That definitely should be done before any development projects,” she said.

“A fact that’s always overlooked is that we should pay attention to the people on the ground, rather than just financial or commercial interests.”

Another group of “Via North Point” artworks might be doing just that, as it presents an alternative to crude redevelopments that centres on human needs and showcases smaller-scale, non-intrusive enhancements.

The “Community art-hacking projects” involve three small local businesses and a primary school in North Point, which were paired with artists who designed special furniture that accommodates their needs.

One of the beneficiaries is Fei Tat News Stand at Fort Street, which a 44-year-old woman who gave her surname as Ng has run for more than 20 years. Artists at Cou Tou Woodworking Studio designed a mobile and retractable display cabinet, which significantly upgraded the business and has helped Ng save nearly two hours of labour a day.

“Every morning, for the past 20-something years, I have laid out all the newspapers and magazines flat on one table, and cleared them up one-by-one when closing,” Ng said. “Those opening and closing processes used to take around an hour each. With the retractable cabinets, opening and closing the shop takes a total of 10 minutes every day.”

Other local business beneficiaries of the “Community art-hacking projects” shared similar senses of contentment over how the specially designed furniture “artworks” have improved efficiencies of their decades-old businesses.

“The ‘Via North Point’ project will be a success if we can see local people from all walks of life enjoying the various artworks in different ways,” said Connie Lam, the executive director of the Hong Kong Arts Centre.

The early signs are promising. On one recent summer afternoon, people – from toddlers to men in their 70s – could already be seen exploring and enjoying the different installations by the pier.

Throughout September, the “Via North Point” festival will offer a series of community engagement programmes alongside the artworks on show. Details can be found on the project’s website.