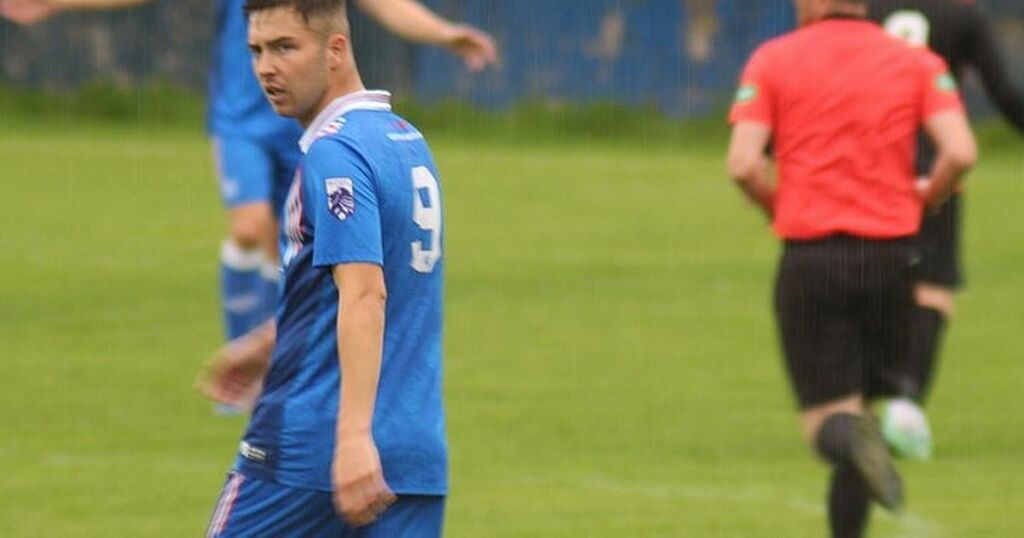 The Fernhill forward has become a huge fan favourite at Somervell Park after his ridiculous goals return, and a double in Saturday’s 10-1 annihilation of Royal Albert took his tally for the season to 23 goals in 11 games.

Relentless Rangers were 6-0 up at the break thanks to goals from Scott Anson, Alan Reid, Jay Nelson, Ryan Frances and a Williamson double. Anson completed his hat-trick with a second half brace, while Tony Stevenson and John Patrick Queen were also on target to keep them second in Conference B.

Now Williamson determined to keep setting the standard and just wants as many goals and wins as possible.

The 20-year-old said: “Ten wins a row is great and we just want to keep it going as long as we can, see how many we can get.

“It’s good to be part of the team That’s me got 23 goals now. I don’t really set myself any targets. I just take it game to game, but I suppose 30 is close.

“I’ll see what happens when I hit that and go from there.

“There’s always good vibes around the club and the dressing room.

"The managers are just really pleased with how everyone is playing.

“Even at half-time they told us not to take the foot off the gas because goal difference could be important.

“I think we started a bit slow in that first game, but we started to get used to each other now.

“We know how everyone plays now. There’s a lot of experience in the squad and they don’t allow the younger ones to drop their heads.

“They help us stay focused. Gordon Dick has scored a few as well. We get on off the pitch, so it’s a good partnership.”

Williamson has grasped the opportunity handed to him by co-gaffers Billy Campbell and Paul McColl.

The duo promoted him from the under-21s and it’s paid huge dividends already.

Williamson added: “Billy and Paul are great managers. I get along with them really well and I’m really happy that they gave me the chance at the start of the season.

”I’ve been really fortunate with the start we’ve made. It would be good to finish it with something, but we aren’t getting carried away.

“I just go out and enjoy the game.”