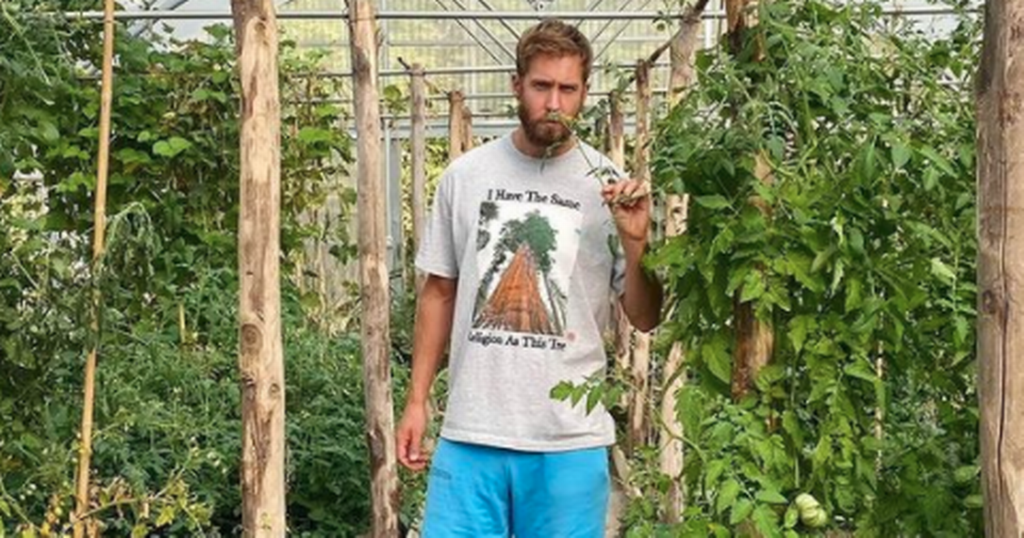 Scots DJ Calvin Harris has been enjoying some downtime with a relaxing holiday in Italy.

The Sweet Nothing hitmaker shared a series of snaps from his trip on Instagram and it looks completely zen.

Harris, 37, posted nine pictures and videos of his time away which included snaps of him reading, meditating, enjoying the great outdoors and admiring a huge natural crystal.

The star might have lived in LA for a few years now but his Scottish accent is still as broad as ever as in one video, the DJ said in his broad accent, "Hi I'm Calvin Harris!"

And many of his followers commented on his post including superstar footballer Cristiano Ronaldo, who posted a series of flame emojis under the post.

Another added: "Best thing about Calvin is his accent."

While another said: "This man is living his life."

The DJ, from Dumfries, also received a few marriage proposals from excited fans who wrote: "Would you marry me ?"

And another added: "Marry me then."

He said it was a pivotal moment in his career.

He wrote: "Feel so close is 10 years old today! I like remembering how it came about, cos at the time I was well confused about what to do with my life / career.

"At the end of summer 2010 I had played my last gig (Creamfields) with my ‘band’ and had done enough ‘DJ set’ gigs to know that I wanted to change the way my music was presented.

"I needed to stop singing every song as I had all these ideas for female singers and my falsetto just wasn’t going to cut it.

"So I began producing with a new purpose, excited I could give my songs to real singers and finally move closer to the role I had always dreamt of in music (weird dude in background who never speaks).

"After about three months of studio, I visited my record label Columbia and played them Awooga, Bounce and another ok song with a feature that ended up not coming out.

"The response from the label was overwhelmingly lukewarm; I came out of the meeting wondering if I had made the right decision in changing my path.

"That’s putting it lightly actually I was gutted and my head was spinning, I thought I’d absolutely f****d it.

"So immediately I headed back to my studio room feeling properly sad but also enough ‘fuck it I’ll show em I’ll sing on one then, and it’ll be class’ and made Feel So Close in a few hours.

"I had discovered when I was much younger that there is something so comforting about a piano, a bass guitar and a vocal and very little else, and this was exactly the sort of musical hug I needed."