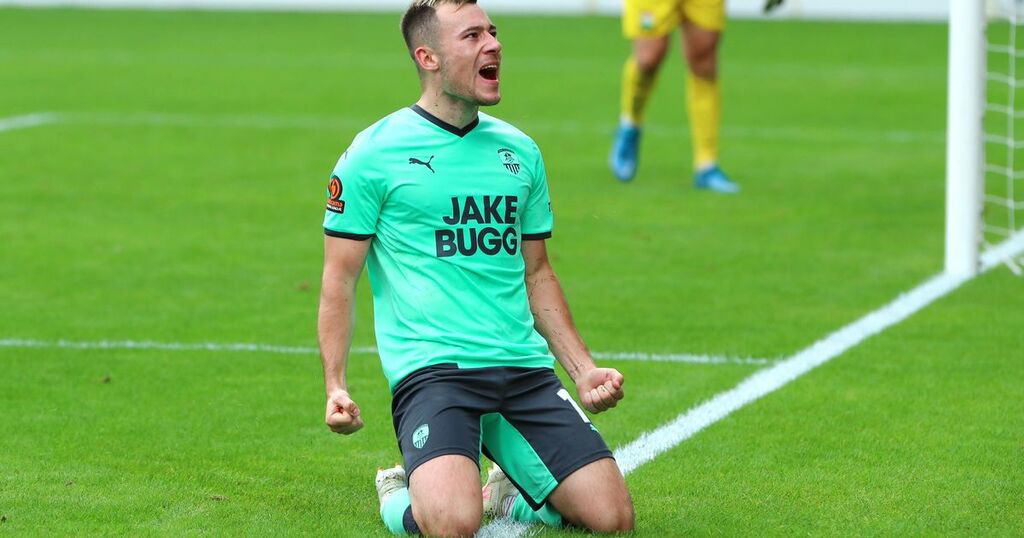 Callum Roberts says he pushed speculation linking him with a move to Chesterfield to one side and insists he is "delighted" to be at Notts County.

The Spireites had a bid rejected by the Magpies for their star winger last week which fell way below the club's valuation.

Magpies head coach Ian Burchnall admitted after Tuesday's win at King's Lynn that Notts had received offers for their talented players but stressed the club "wasn't interested" in letting them leave.

And Roberts responded to speculation in fine style as he hit a stunning second-half performance in the win over Lynn which saw him smash a 22-minute hat-trick.

Burchnall admitted that was likely to lead to more noise around Roberts but the player says he has just been focused on aiding Notts' promotion charge.

Asked about the speculation, Roberts said: "Obviously it's just what you see on Twitter and you hear rumours and that.

"You just push it away and concentrate on the game.

"You try not to think about it and log off your phone as much as you can.

"But I totally switch off and think of the game.

"If a player is unhappy then they want other things.

"But I am delighted to be here. When I first came I said it's a pathway to good things with this football club.

"If we can get promoted then it's a great thing and that's what I've come here to do."

Burchnall's side have hit hugely impressive form at a key time of the season and Roberts feels there is a great deal of momentum ahead of their FA Trophy clash against Eastleigh this weekend.

"It's five straight wins and four in the league," he said.

"They were not easy games and I don't think we've got anybody coming up who is around the top.

"We've played most of the sides around us and I think we are in a really good position to be honest.

"We have to show up every week and can't expect three points to be handed to us.

"When teams play Notts County it is their biggest game of the season.

"They put in that extra 10 per cent so we've got to match that."