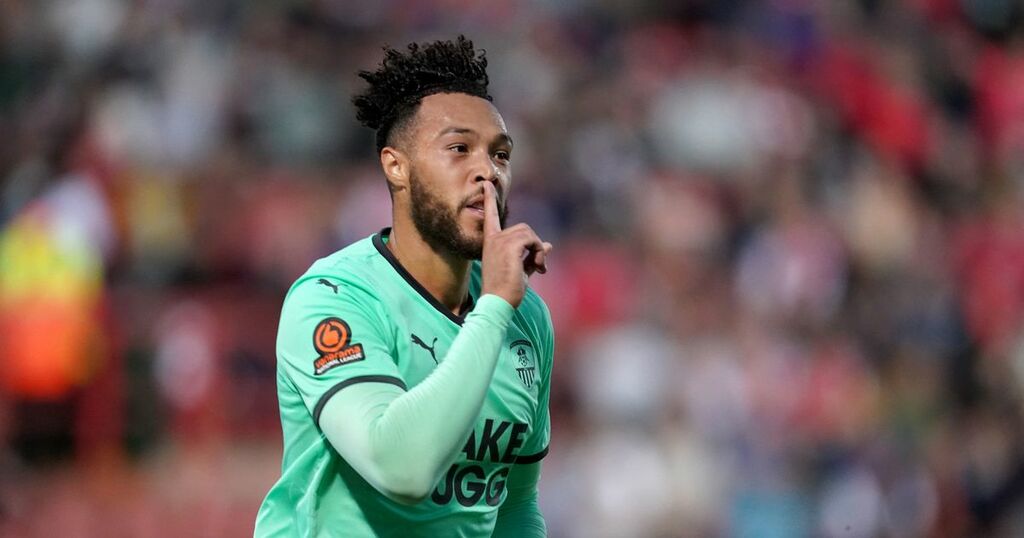 Callum Roberts says he is yet to reach the peak of his powers for Notts County but insists he is not far away from reaching full throttle.

The immensely talented winger bagged his second goal of the season in Saturday's 3-2 victory over Aldershot with his brilliant strike proving to be the winner at Meadow Lane.

Roberts has started the season in excellent form for Notts after missing the majority of last season due to an abdomen problem.

Those issues were resolved with another operation in the summer and his start against Barnet on the opening day was his first since a 3-2 win over Chesterfield in November 2020.

Roberts now feels it is only a matter of games before he reaches full match fitness.

"I am feeling fitter every week. I wouldn't say I am 100 per cent yet, but I am nearly there.

"It was November the last time I started a game and starting every week now is helping build me back up.

"It was the match fitness that was lacking. Training is a different ball game really.

"I feel like I am getting there and two or three games then I feel I will be at 100 per cent."

Roberts is one of several players Notts fans feel has the quality to spearhead their promotion push this season with Ian Burchnall's side having made an impressive start.

Striker Kyle Wootton is among that group with the former Scunthorpe striker having scored four goals in as many games.

He has now scored 41 goals in 85 appearances for Notts since arriving in 2019 and has developed a reputation as one of the most feared marksmen in the division.

And Roberts says the forward's work rate is just as valuable as his goals.

"Kyle is a striker and he's just going to get judged on goals, but you don't see analysis rave about work rates.

"But he is up there with one of hardest working players I've played alongside.

"He does it every week and in training. He plays as he trains and that's why sometimes our defence is so good.

"We've got a very good connection with each other. It is a natural understanding. He knows when I get the ball that I want to cut inside or he knows when to peel off the back post and I can cross it.

"Hopefully I can give him a few more assists because he has been on a good run."