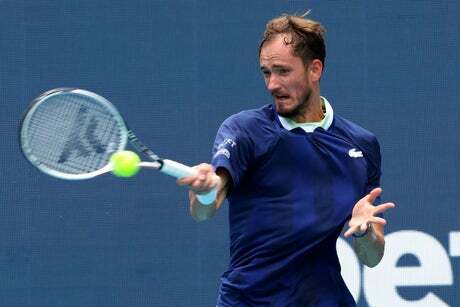 The Guardian - UK
Southampton vs Liverpool live stream: How can I watch Premier League game live on TV in UK today?

Lamborghini will join the FIA World Endurance Championship and the IMSA SportsCar Championship in 2024 with a new LMDh prototype.

Callum McGregor was under no illusions.

At the start of this season people told him new gaffer Ange Postecoglou would need two or three years to rebuild Celtic.

But the Hoops skipper knew that no one really gets that amount of time to succeed at Parkhead.

And after losing three Premiership games in the opening weeks, McGregor and his boss were feeling the heat already.

That’s what made Satiuruso special.

The 28-year-old held aloft his first title trophy as captain as 60,000 fans paid tribute to their new heroes following a 6-0 drubbing of Motherwell.

As a boyhood supporter, McGregor is steeped in the club’s traditions.

So no one had to tell him that, despite Postecoglou’s summer revamp, there was expectation to win.

And after getting his hands on the most important silverware in Scotland, McGregor wants to repeat the feat next term.

As he reflected on the journey this team have been on since Postecoglou arrived, the midfielder said: “You always have to go through difficult moments, especially when you are building a team.

“Everyone at the start of the season was giving us two or three years to do it.

“But I spoke back then and said if we had that mentality within the group we would never achieve anything.

“This club demands success. The reality is that after six weeks we were under pressure. That tells you what the expectation is and we knew that.

“The pleasing thing is you could see everybody was hungry to do well. Then we just had to fine tune it, build performances and togetherness within the team.

“You have to build a team and squad with the same mentality and these boys have got it.

"I saw early on that we had recruited winners and others who experienced last year and didn’t want it again.

“What you see today is the end product of all that hard work and sacrifice.

“The challenge now is to do it again. It’s easy to chase, the hard part is to retain it.

“We need to get better individually and collectively because there’s loads of room for improvement.

“The only way you do that is coming back with a fresh hunger to be successful again.”

McGregor was part of the Celtic squad who blew their chance to win 10-in-a-row by relinquishing the title to Rangers. He was desperate to return this season and make amends.

And when he got his hands on the trophy yesterday, it was job done.

McGregor admits it’s a moment that will live with him forever.

He said: “When you are a winner and it is taken away from you, it hurts.

“It was a long summer and you can’t wait to put it right.

“Lifting the trophy was an amazing moment for myself but also collectively as a team, a club, the supporters. That’s for everyone.

“It’s been a long two seasons with Covid and last year was so disappointing. It’s brilliant to bring this day back to the club.

“It’s something that will stay with me and I need to thank everyone for making it happen.”

It tells you everything about what Postecoglou has done with this group of players that – even with the title wrapped up – they still had the hunger to destroy Motherwell on the last day.

The manager was left in awe at their achievements this season and praised the players’ attitude during the 6-0 romp.

He said: “We won the league on Wednesday night but the players and staff didn’t feel like the job was done. We wanted to finish it off in the right way.

“Every week I challenge them. I say to them: ‘Let’s make today our best game of the year.’ It doesn’t always happen but you go in with that intent.

“When I think about how this group produced a performance like that – when for all intents and purposes they didn’t have to – it makes me very proud.

“I look around and see the joy it brings people, the players, the fans, people who work for this club. I take enormous pride out of that.

“There is no secret to what I do. I tell the players every day that the magic happens out there through sheer hard work.

“It’s sweat and tears and pushing yourself all the time.

“It is easy to say but to be willing to do it on a daily basis, that’s the only way you can make something special.

“This group has done that.

“They have been committed to a cause and we wanted to play our football a certain way.

“We have stuck to that and it was our road map to success this season.”