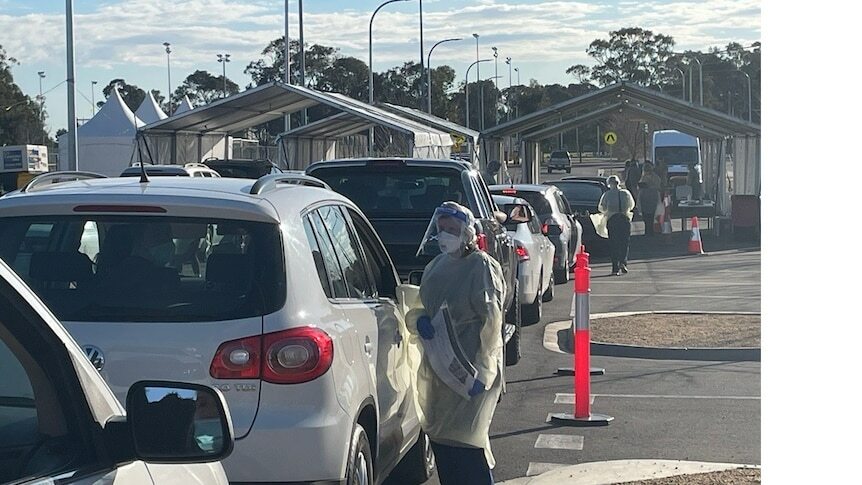 Greater Shepparton has not recorded a new case of COVID since Saturday and there are now calls for the town to be released from lockdown.

Last week, Premier Daniel Andrews flagged restrictions in Shepparton could be realigned with the rest of regional Victoria at some stage this week but at today's press conference Deputy Premier James Merlino said there were no further announcements to make.

President of the Shepparton Chamber of Commerce and Industry John Anderson said the latest outbreak and level of restriction was taking a mental toll on residents and local businesses.

"The local businesses are obviously very concerned, and in some cases quite distressed, at the fact that we're in such a hard lockdown and other regions have come out," he said.

There are now only 38 active cases of COVID in Shepparton.

Whilst all cases are linked and in isolation, there are still a handful of exposure sites in and around the community.

Mr Anderson said the decreasing number of active cases should be enough of a reason for restrictions to ease and Shepparton to join the rest of regional Victoria.

"Everyone wants to be able to trade. They don't really want to live off handouts," he said.

Mr Anderson says the current patron caps for venues that only allow 10 people indoors and 20 people outdoors are not realistic.

"It's pretty much impossible for most businesses to be able to operate, to be able to provide food in particular, when they can have so few people seated," he said.

It's a view shared by Nationals Member for Ovens Valley Tim McCurdy who agrees the patron cap should increase.

"For many businesses, [easing restrictions has] made no difference. In fact, it's made it more frustrating for them.

"We've got venues in regional Victoria that can hold over 1,000 people but they can [currently] only have 10 people," he said.

Across the border, the NSW government has introduced density limits that allow larger venues to have more patrons whilst maintaining COVID-safe practices.

Mr McCurdy said an approach similar to this would benefit the economy.

"[In Victoria] it just doesn't matter how big your venue is, how many rooms you've got — you're capped at 10 [people] inside and 20 outside which does seem ridiculous," he said.

Mr McCurdy is lobbying the government to make changes and is hoping for a more clear roadmap with specific targets to be released.

"NSW is demonstrating that they've got a plan. We're hoping to see a plan," he said.

"People just need a ray of hope … you just need to be able to look forward."