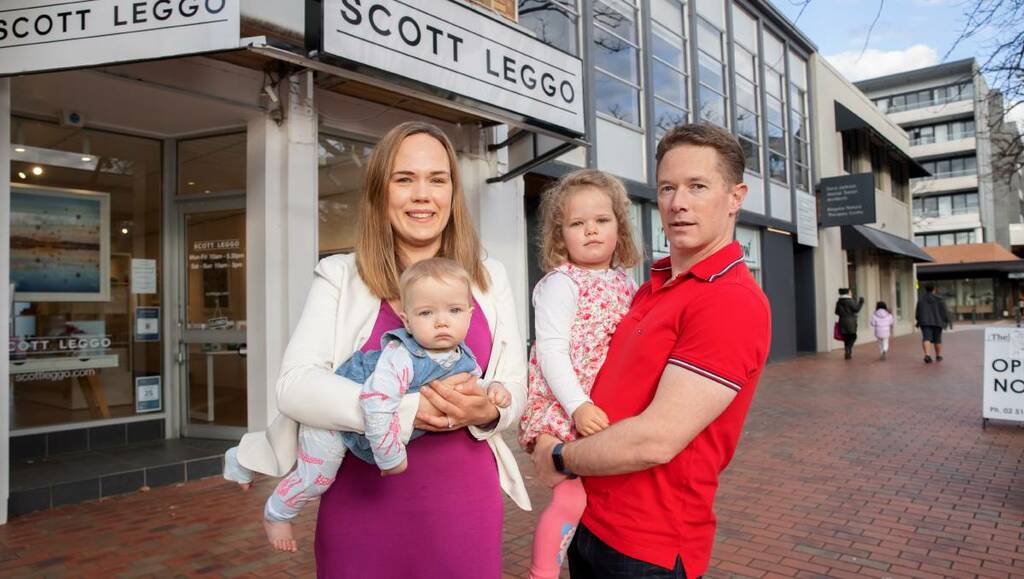 As the ACT's lockdown enters its fifth week, most businesses have yet to see a cent from promised support grants, as pressure mounts for the government to provide the funds quicker.

Phillipa and Scott Leggo of Scott Leggo Gallery in Kingston applied for the grants at 9.30am on the first day applications opened. Ms Leggo said it was a straightforward process, however, the couple has not received their grant.

This is not an uncommon scenario. Only about one in seven businesses that have applied for the jointly-funded ACT and federal government business support grants have received the funding.

As of Tuesday, 7367 businesses in Canberra had applied for support grants but only about 1100 business had actually received their payments.

ACT Opposition Leader Elizabeth Lee said the delays to the grants were a "slap in the face of business".

Chief Minister Andrew Barr blamed the federal government for the slow rollout of the scheme on Wednesday. He said the Commonwealth's failure to reinstate the $1500 a fortnight JobKeeper salary meant the government was forced to resort to an less efficient mechanism. He said fraud checks had proved to be a barrier.

"The problem is that this is amongst the least efficient ways to distribute support to business but it's a regime that the Commonwealth insisted upon when they ended JobKeeper," Mr Barr said.

"But it is what it is and so we are working to process those payments as quickly as we can."

However, Ms Lee said the ACT government should have prepared a system to deliver its own support program prior to the outbreak.

"Of course you need to minimise fraud risk but the question remains is what did they do to prepare for that in the preceding 18 months," she said.

"It shows a complete lack of respect and support for our business community, this is a global pandemic where businesses are plunged into lockdown immediately, they lost income immediately.

"They cannot treat this stuff like any other government grants, it is about making sure that the money flows through to businesses that need it right now, they are bleeding."

He said in Victoria and NSW payments were being given within five to 10 days but Canberra businesses have been told to expect a wait of up to 30 days.

"One of the key differences is the ACT requires a bank statement, it's a precondition that no other state has asked for," Mr Ord said.

"NSW and Victoria have a higher level of trust.

"There is scope for improvement, if they had engaged with us and other accounting bodies they could have worked out a better solution."

"The funding itself, the $20,000 is amazing, obviously it's a huge help for us for that first month of lockdown but we are still waiting on the funding," she said.

Like many business owners, Ms Leggo would like the gallery to reopen as soon as it is deemed safe to do so.

The Canberra Business Chamber called for greater clarity on how restrictions will be eased.

"The four-week lockdown extension came as little surprise, but our members are disappointed with the lack of clarity around the pathway to economic reopening," Canberra Business Chamber chief executive Graham Catt said.

The Canberra Liberals will also introduce a motion to the Legislative Assembly on Thursday that will call on the Barr government to provide a defined path out of lockdown for ACT businesses.

As part of this, the opposition will call for a COVID-19 business recovery taskforce to be established with the purpose of developing a recovery plan and informing post-COVID business measures.

"What we are calling for is some clarity, certainty and a plan for a safe transition out of lockdown," Ms Lee said.

"Businesses that have been hanging on while seeing their lifetime dreams go down the drain need some hope and this is what it is about ... and it's about giving our community some hope that there is a pathway out of this situation."