Flood stricken towns in Queensland and NSW facing issues getting supplies will have increased support from the defence force.

Prime Minister Scott Morrison is on Thursday convening an online roundtable to discuss supply chain issues resulting from the floods.

Home Affairs Minister Karen Andrews says as waters begin to recede in some parts of the east coast, and other areas get inundated, there will be a close watch on the supply chain.

She told Sky News the critical time would be from Thursday until the weekend but issues won't be fully resolved at that point.

"There will be the aftermath of the flooding so the critical time is now through until Sunday but we will continue to monitor beyond that," she said.

"We will do what we can to make sure emergency supplies are getting through, people are being rescued from any danger that they are in."

Around 900 ADF personnel are already on the ground as part of flood rescue and assistance measures.

Treasurer Josh Frydenberg says he expects the clean up bill from the floods to be in the billions.

He told ABC radio the wider impact on the economy will depend on how the broader supply chain is impacted.

He said unlike in the 2011 Queensland floods the current crisis had not impacted supply ports and major mines which cost the economy more than $4 billion.

He told Nine further financial support for people in flood affected areas was being worked on by Senator McKenzie.

But Labor spokesman Jim Chalmers says it is still too difficult for people to access emergency support payments.

"(Labor) has been asking for Services Australia teams to be in our communities, unfortunately, they have been disproportionately sent to other communities and that's troubling," he told ABC radio on Thursday.

"It's absolutely crucial that the support flows to people who need it, it's been hard enough on people already ... we shouldn't be making that harder by not providing the support people need and deserve."

Dr Chalmers also said the cost of the clean up will be impacted by the lack of building supplies and skills shortages seen before the flood crisis.

Meanwhile, the peak body for psychologists wants flood victims in Queensland and NSW to be able to access vital mental health support through Medicare.

The Australian Association of Psychologists has called for similar mental health support measures that were introduced after the Black Summer bushfires to apply to any large-scale natural disaster such as the recent floods.

"While disaster relief payments might help victims in the short term, the ongoing mental health impacts of a disaster can be devastating," the association's executive director Tegan Carrison said.

Around 500,000 people in NSW are subject to an evacuation order or warning as the focus of the state's unprecedented flood crisis moves south, with Sydney, the Hunter and the Central Coast copping a deluge.

Premier Dominic Perrottet said the floods in the Hawkesbury region "will be worse than they were last year".

Southeast Queensland is being smashed again on Thursday by dangerous thunderstorms which are packing giant hail and intense rain and could bring more flooding.

It will hamper the cleanup after the worst floods in the decade, which have killed nine people and damaged more than 17,000 homes and businesses. 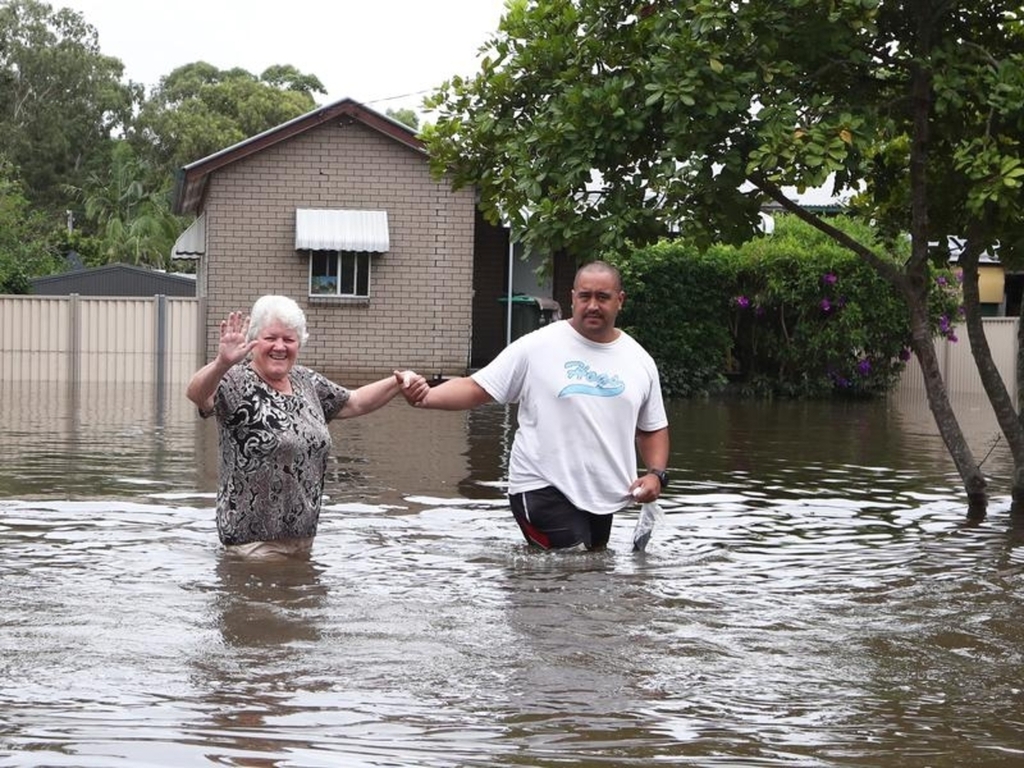 East coast flooding bill in the billions
The cost of the current flood crisis is not yet known, but Treasurer Josh Frydenberg is expecting a big clean-up…

Additional ADF personnel are being mobilised to assist in areas expected to receive heavy rainfall in the coming days, the…

The Guardian - AU
One subscription that gives you access to news from hundreds of sites
Stretched Murray Goulburn mental health services get $4.8 million injection

New funding for the Mallee will provide people with one-on-one mental health support to manage their daily living needs.