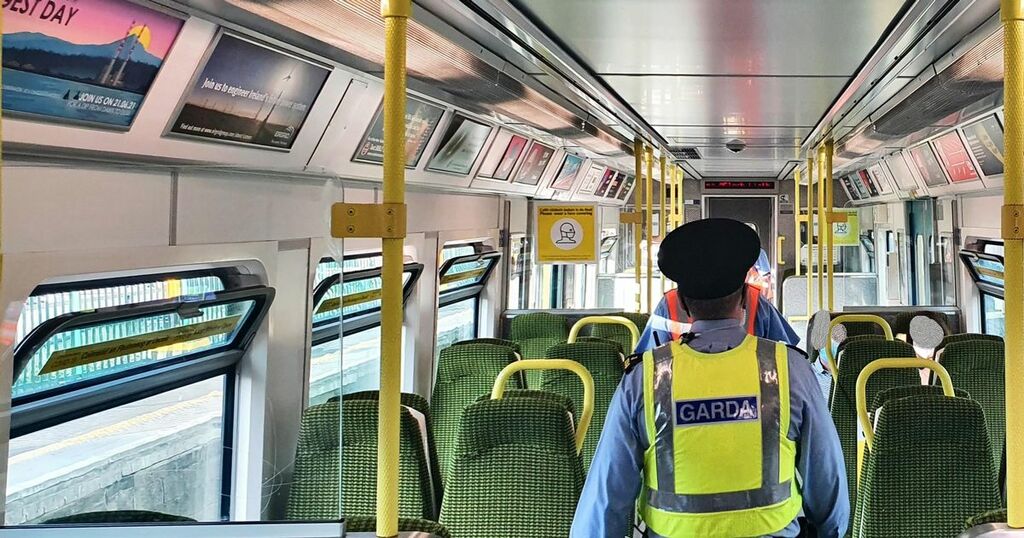 A Dublin TD is calling for a dedicated garda transport unit to deal with antisocial behaviour on public transport, after 211 Dart carriages have been vandalised since the start of the year at a cost of over €500,000.

Deputy Alan Farrell has reiterated his call for a dedicated unit within An Garda Síochána to tackle rising incidents of anti-social behaviour and vandalism on our buses, trains, Darts and Luas.

Deputy Farrell, who represents Dublin Fingal, said: “Worrying data obtained from the individual transport providers demonstrates the need for high visibility policing to ensure the safety of passengers and staff on trains and buses.

“From January to the start of November, 211 Dart carriages have been vandalised, with cleaning and repair costs amounting to a total of €516,000, according to Irish Rail. Graffiti along with vandalism is the constant problem on the Darts.

"On top of this, passengers sent 71 texts to Irish Rail’s text alert system, with 50 reported from Dart users and 21 reported on Commuter services from January to September.

Deputy Farrell said: “Shockingly, Bus Eireann indicated to me a year-on-year increase of 86% in incidents of malicious damage, with 80 incidents in the first nine months of the year, compared to 40 in the same period in 2020.

“As a regular Dart user, I have witnessed this anti-social behaviour, including young male Dart users making threatening comments of a sexual nature towards a female passenger which simply cannot be tolerated.

“High visibility policing on our public transport will send a clear and unequivocal message, that anti-social behaviour will not be tolerated and perpetrators will face consequences for their actions.

It comes as 800 new Gardaí were announced in Budget 2022, along with 400 additional civilian Garda staff to support Gardaí in their duties.

Deputy Farrell said: “A joint Iarnród Éireann/Garda focus on public order and antisocial behaviour has been in place since May 2021 with particular focus across the Greater Dublin Area with emphasis on DART, Northern Line and Heuston to Portlaoise services, as well as regional Garda response hubs in Portlaoise and Thurles.

“I believe now a dedicated unit to police public transport, including at stations and stops, must now be established within An Garda Síochána.

"The presence An Gardaí aboard our trains and buses will not only provide peace of mind for staff members and users, it will also crucially deter anti-social behaviour and abuse,” Deputy Farrell concluded.