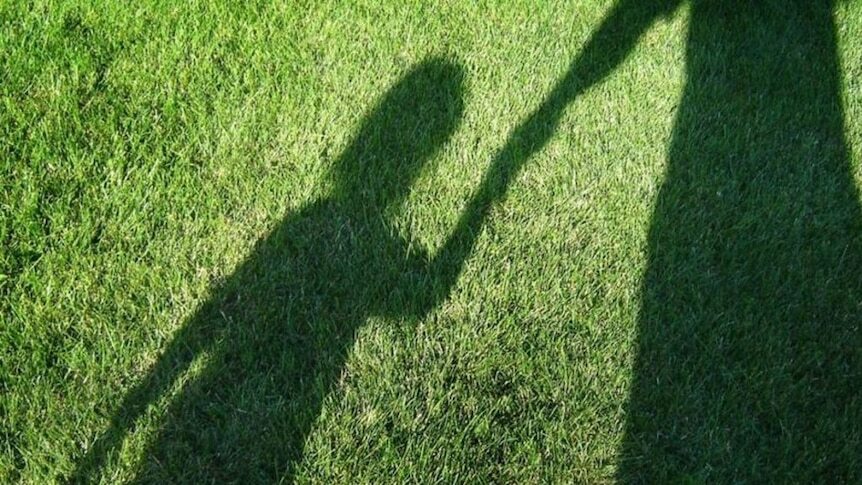 Lily became a kinship carer to a child in her extended family through what she calls "pure chance".

She had met the school-aged boy "once or twice" previously, but now refers to him as her "young man".

"He was actually out on a day outing with his carer and they turned up at my business," she said.

Lily was unaware the young man had entered care, although he had been living in a residential facility for two years.

With the help of a youth worker, Lily began having nightly phone calls with him.

"[It] was really amazing because this young man, [with whom] I had had no relationship, had all these really interesting things to tell me," she said.

"And I, of course, had a lot to tell him about his family."

They moved on to overnight stays before Lily was asked to become his kinship carer, which .

Lily said that had it not been for an Integrated Family and Youth Service Administration (IFYS) worker, it would have stayed that way.

"A young lady who works there coached me through an amazing phone call," she said.

"[It was] an amazing experience that has led to the full-time care of my young man."

However, Lily expressed disappointment that the work to locate her had not happened in the first instance.

"The carers are great in themselves and [in] what they have to offer, however it's a very fractured system [and] approvals take a very long time," she said.

"It is broken [and] it could be smoother, absolutely."

The Queensland government has renewed the push for kinship care, when a child is placed in the care of extended care or with someone they know, to be the preferred option for children who enter care.

Agencies, carers and representatives from the Department of Children, Youth Justice and Multicultural Affairs yesterday participated in a forum that discussed how to best support the move to kinship care.

The director of youth and family support group PeakCare, Lindsay Wegener, said when possible, children should remain safely within their families or kinship structure because they have a connection to the places and community they come from.

He said this was especially the case for Indigenous children.

Mr Wegener said there was a lot to learn from Indigenous communities about kinship structures.

"They already have traditional child-rearing practices that have a much, much more extended role for relatives and community members to play in the care of those children," he said.

"We recognise that carers require support and are constantly exploring ways to improve and increase assistance," the spokesperson said.

Do it properly, do it well

Now, agencies and kinship carers are asking the Queensland government to ensure any framework around kinship care is properly resourced so that those taking on the guardianship of children are properly supported.

Mr Wegener said it was important to do it properly the first time.

"If we are going to follow through [with] this intention that the government has stated, about increasing the use of kinship care, we need to do it properly and we need to do it well," he said.

He said kinship carers needed to be supported in that role so they could better understand what those children had experienced.

"So there's no surprises for them in the behaviours these children might sometimes exhibit and they feel well equipped to deal with those situations and to deal with the impact of trauma really," Mr Wegener said.

Call for 'a shoulder to cry on'

Lily said she did not know "how to deal with trauma".

"I can love him as much as I can, I can get him all the right things that he needs as far as education and health, but when there's something broken inside that little brain, it's really hard to deal with," she said.

"Even a shoulder to cry on, that might sound really bad but you don't get that from the department," she said.

"It stops pretty much when they come into care."

Where to from here?

Lily said she would like to see more communication from the department, more support when taking children from residential care to kinship care and ultimately, more respite.

She said better communication between carers and authorities was essential, as is a period of transition for children between residential care and kin care placement.

"You know, come and take my young man out, take him to the footy, do boy stuff; I'm an old lady!"

Lily said forums like the one on Thursday gave her hope for the future.

"I don't believe it's lip service," she said.

"It's got to get better; it can't continue down this fractured system, it can't."