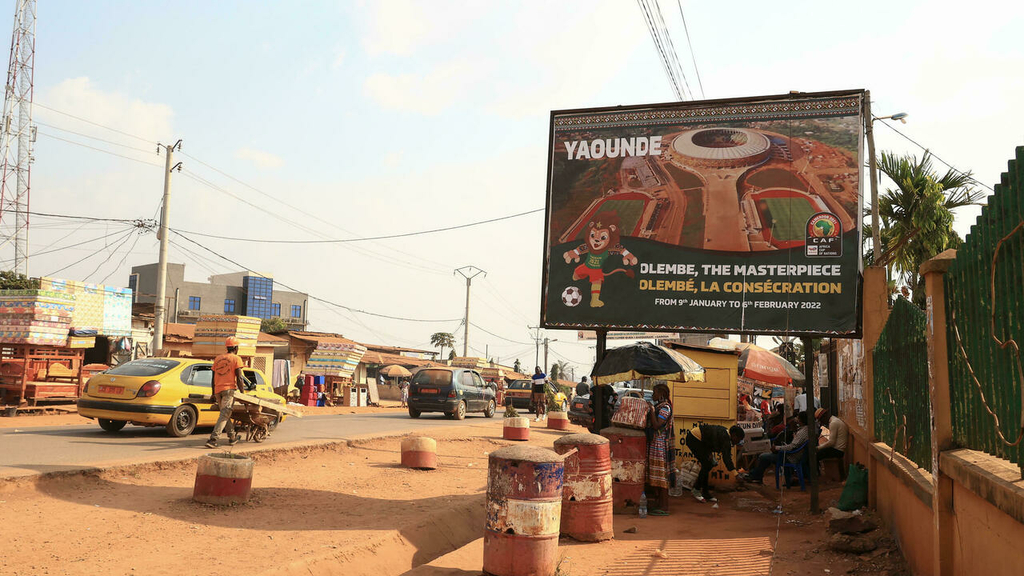 The kickoff of one of the most closely followed football tournaments on the African continent, the Africa Cup of Nations, begins in Cameroon on Sunday, as human rights groups are calling for a cease-fire in the armed conflict between the government and Anglophone separatists.

Out of all the matches in the month-long tournament, the country is slated to host eight games in Limbe and Buea, cities in the English-speaking South West region.

The separatists say they plan to disrupt the games, while the government has cracked down on freedom of movement and association.

“The two parties are pursuing a lose-lose strategy-- separatist attacks during the month-long tournament may diminish the sympathy that Anglophone Cameroonians enjoy in Africa and elsewhere, and the government’s heavy-handed measures could produce popular backlash and escalate the conflict,” according to a statement from International Crisis Group, an international political policy organization.

“The parties should try a dramatically different approach: cease hostilities for the Cup’s duration,” it added.

The group believes that a football truce, much like the Olympic Truce, could be fortified with international diplomatic support.

Cameroon, a bilingual country with French and English as the official languages, is dominated by a francophone central government, with only two Anglophone regions.

The Anglophone Crisis began in 2017, when the government violently cracked down on teachers and lawyers who were peacefully protesting against alleged discrimination and unfair hiring practices.

Separatists took up arms to fight against the marginalization, going head-to-head with government troops. The ongoing violence has killed more than 6,000 people and displaced at least one million.

Separatists have often disrupted sports events in the Anglophone regions, including one such incident a year ago where militias detonated a bomb in Limbe, wounding three policemen.

“While it would be inconsistent with the separatists’ modus operandi for them to attack venues where the matches are being played, violence could intrude on the tournament in other ways,” according to Crisis Group.

Other incidents included last month’s clashes between separatists and government forces in Bamenda, the capital of the Anglophone North West region. A man dressed as Mola the lion, the Africa Cup of Nations’ mascot, toured the region with a bulletproof vest and military escort.

And the Anglophone regions are not the only restive areas—nine of the 10 regions are dealing with various humanitarian crises due to violent conflict, from fishing issues to herder-farmer fighting, and spillover from neighbouring Central Africa Republic.

“Despite the challenges, the tournament is a propitious moment to seek a football truce, under which the parties would pledge to cease hostilities for at least the duration of the Cup and possibly even create the foundation for a new peacemaking effort,” according to the Crisis Group statement.

If Yaoundé reaches out the separatists for a truce, and for talks, this would be beneficial not only for residents, players, and fans, but would help humanitarians agencies reach places that are in desperate need of aid, but currently too dangerous to go.

While it’s unclear whether the government will make the move to invite separatists to the table, and even perhaps release Anglophones held for non-violent crimes, both sides should use this moment to begin to find solutions to the crisis.

“The forthcoming tournament presents a rare opportunity for bringing some creative sports diplomacy to bear on this often overlooked war. All those with an interest in bringing the conflict to an end should seize it,” said Crisis Group.