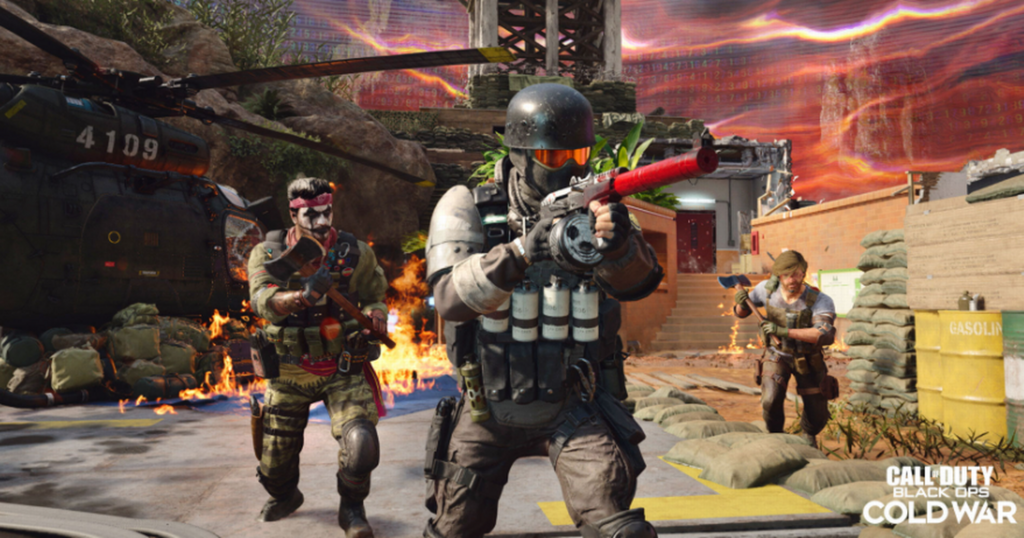 Call of Duty: Black Ops Cold War is gearing up for its sixth season which plans to make some massive changes to the Warzone map - as well as plenty of more content to enjoy in the battle royale.

As seismic charges are triggered in WWII-era bunkers containing stockpiles of decommissioned German bombs, the stage is set for "the final showdown."

The new season will be arriving on October 7 following updates to Black Ops Cold War on October 5 at 5am GMT and Warzone on October 6 at 5am GMT.

Here's a breakdown of everything we know about Season Six so far.

Huge explosions across Verdansk have drastically changed the landscape.

One of the biggest changes is Stadium, which has effectively been split in two by a giant fissure.

Downtown has also become a chaotic mess as buildings topple into the fissure - the Hotel and several buildings in the vicinity have been destroyed in the blasts.

This means there'll be less verticality at popular locations in Downtown while new areas are now open to exploration.

Among the new areas are WWII bunkers which seem to have been expanded to create larger underground areas under Verdansk.

Warzone players that have been here since day one may recognise the new Gulag because it's based on the original one way back in Season One.

The developers have stated that there will be some changes to this Gulag from the original one while still maintaining the classic 1v1 rules.

Big changes seem to be coming to the Regiment system in Warzone.

On October 6, regiments will be frozen, in preparation to transition it towards a new and more rewarding Clan system based around playing with your friends and fellow community members.

After October 6, you will only be able to view your Regiment Roster and inspect players.

You won't be able to create, manage, switch, or invite people to your Regiment, use Regiment Tags, or receive Happy Hour rewards after this date.

In the case that you're in multiple Regiments, you have until October 5 to ensure that you are “Active” in the one you wish to stay in through Vanguard’s launch on November 5.

Three maps are being added to Black Ops Cold War which will be available upon the launch of Season Six.

Alex Mason was the protagonist in the original Black Ops and is now making a comeback for what could be Adler and Stitch’s ultimate duel.

Mason will be available with the Season Six Battle Pass at Tier 0.

Fuze is a soldier of fortune hired by Perseus for his bomb-disposal expertise - he was introduced in the Season Six cinematic trailer.

Players can obtain him by grabbing a Store Bundle available later in the season.

Warzone and Cold War will be receiving five new weapons - three of which will be available at launch.