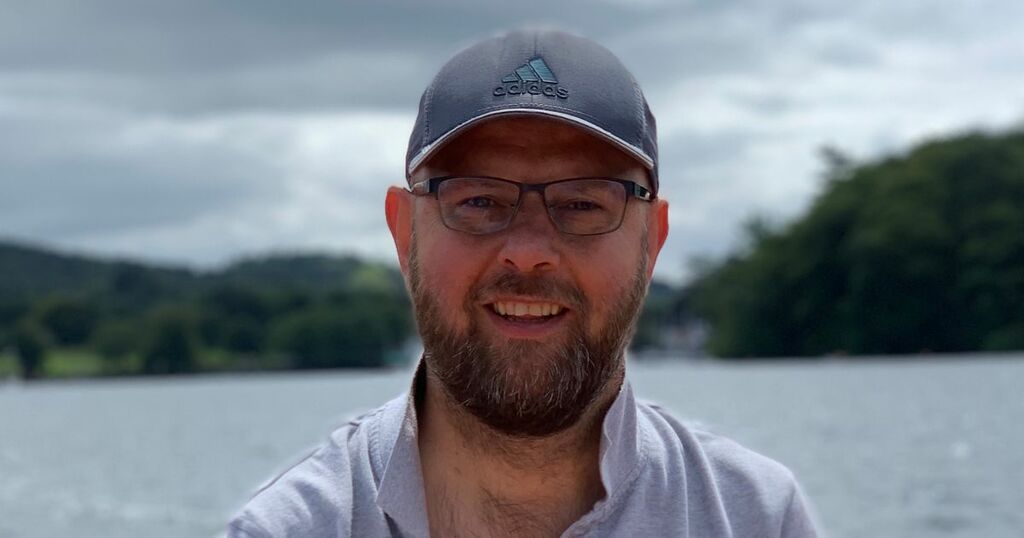 Scottish Labour leader Anas Sarwar has demanded a fatal accident inquiry into the death of a dad of five at a Glasgow hospital.

He made the call after the widow of tragic Andrew Slorance accused NHS bosses of concealing a deadly infection from her.

Andrew, a civil servant who worked with the First Minister on the pandemic, suffered from cancer and was admitted to the scandal-hit Queen Elizabeth University Hospital in October 2020.

The Edinburgh-based 49 year old tested positive for covid after entering the QUEH and he passed away in December of that year.

But she said aspergillus was “never mentioned” to her and accused NHS Greater Glasgow and Clyde of “deliberately” concealing it.

She said the insides of the hospital need “ripped out” and insisted Andrew would still be alive had he not been admitted to the QEUH.

Glasgow MSP Sarwar, who raised the case directly with Sturgeon last week at First Ministers Questions, has urged the Lord Advocate to set up an FAI.

He said: “Families speaking out are reliving the most traumatic parts of their lives.

“After her bravery, Louise Slorance shouldn’t have to wait years to get the answers about what happened to Andrew during his time at the Queen Elisabeth hospital.

“But Louise doesn’t just want to do what is right by Andrew, she wants to make sure no other family has to go through the same heartbreaking loss.

“In order to learn those lessons now, we need to act.

“That is why we are asking the Lord Advocate to launch a Fatal Accident Inquiry into the circumstances of Andrews’s death so that Louise can get the truth and justice she deserves, whilst also protecting families in the future.”

An FAI is held in cases such as fatal accidents, sudden, suspicious and unexplained deaths, and deaths occurring in circumstances which cause serious public concern.

In a statement last week, NHSGGC urged Louise and her family to meet with the organisation to discuss Andrew’s care and address the issues raised.

The Scottish Government have said they will establish an “external review process” to investigate the matter.

In February 2019, a probe found that 23 children at the QEUH contracted bloodstream infections in the cancer wards between January and September in 2018.

We later revealed the family of tragic 10 year old cancer patient Milly Main had not been told their child’s death was linked to an infection.

The Crown said at the weekend they are investigating the death. A spokesperson for the Crown Office and Procurator Fiscal Service said:

“The Procurator Fiscal has received a report in connection with the death of a 49-year-old man on 5 December 2020 in Glasgow.

“The investigation into the death is ongoing and the family will continue to be kept updated in relation to any significant developments.

“Our thoughts and sincere condolences remain with the family and loved ones of Mr Slorance and we are sorry that any questions they have around his care have further added to their grief.

“Following the sad passing of Mr Slorance, NHS Greater Glasgow and Clyde reported his death to the Procurator Fiscal, in line with national guidance.

“We are eager to speak with Mrs Slorance and her family directly to discuss the care provided and address the issues they have raised. We hope, by meeting, this will help to provide some comfort to the family at this time and will reassure them of our commitment to openness and transparency with all our patients and their families.”

A Scottish Government spokesperson said: “Our thoughts and condolences continue to be with Andrew’s wife Louise and family, and everyone in Scotland who is grieving the loss of a loved one.

“While we can’t comment on individual cases, ensuring people are able to access safe and effective care while in hospital is our top priority. Decisions on whether to hold an FAI are a matter for the Lord Advocate, entirely independent of the Scottish Government.”