Call for action on dilapidated 'drinking den' in Perthshire town 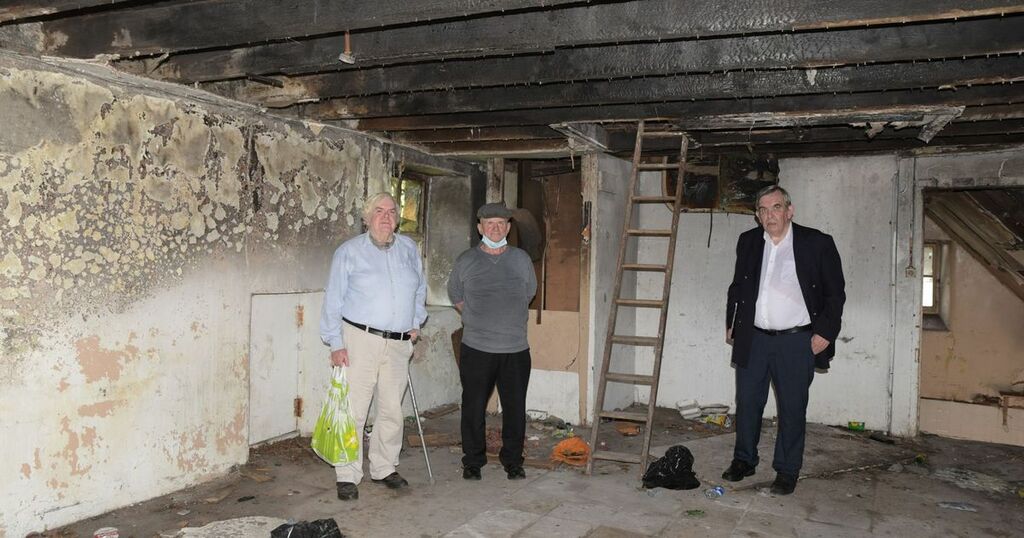 Community figures have called for action to be taken on a dilapidated former bakehouse which they claim has become a drinking den.

Issues in relation to potential anti-social behaviour and other safety fears associated with the building were also discussed during a Crieff Community Council meeting held at Strathearn Community Campus last week.

Cllr Donaldson said he has contacted various departments within Perth and Kinross Council in an attempt to clarify who owns the building and whether a planning application lodged just over a year ago to demolish it and turn it into flats is still going ahead.

He said: “Despite a partial clear-out of the inside some time ago, the building is still fully open to access, and is used as a drinking den – and quite probably for the consumption of drugs.

“There can be no doubt that this is a dangerous building – not least the fall of some 10 feet into the lower part of the building. For anyone who does meet in the bakehouse that’s a real risk, especially at night.

“Although the bakehouse is the priority, there is also the issue of the passageway itself from the High Street up to Miller Street.

Cllr Donaldson added: “Even if flats are not built in the near-term, there has to be a clear obligation on the part of the owner to demolish the bakehouse, or at the very least to make it totally inaccessible.

“And, if action is not taken soon, the building will continue to deteriorate.

“We are making some progress on eyesore buildings in Crieff at long last – such as the Strathearn Hotel, the Crieff Hotel and the Drummond Arms.

“The problem with the bakehouse is that, given the location, for many in Crieff it’s out of sight and out of mind.”

Planning permission for the erection of six flats, a bin store, the formation of hardstanding and parking areas – as well as landscaping and the associated work – at the site was granted, subject to conditions, to the Perth-based Excel Group by the local authority in August last year.

It followed the same group being given the green light to demolish the premises earlier the same month, according to the council’s online planning portal.

Prior to its closure and a change of ownership for the building, the Strathearn Bakery had been owned by a member of the Adams family since 1959.

The company had three outlets in the town at one time – based in King Street, East High Street and the High Street.