California Wildfire May Have Killed Hundreds Of Historic Sequoias 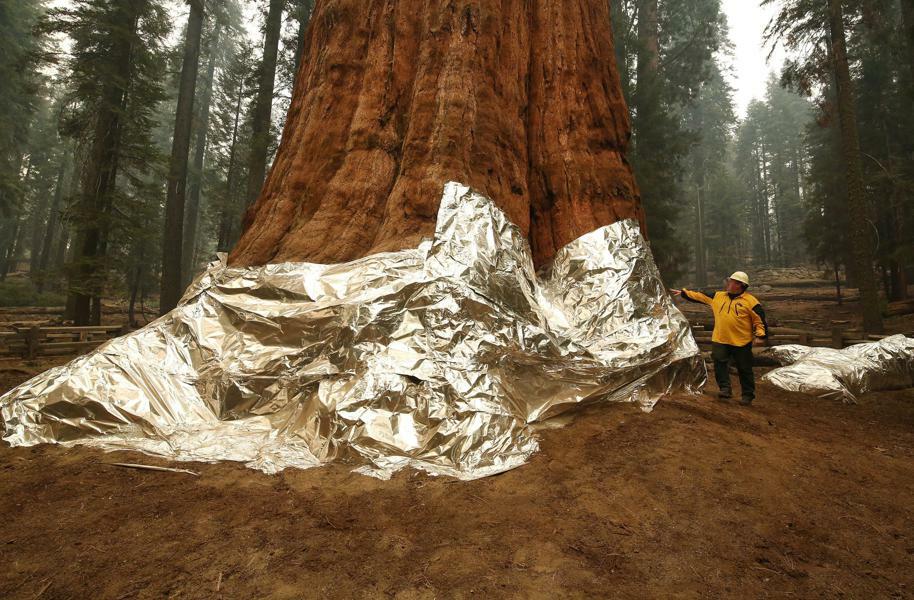 Hundreds of giant sequoias, the largest trees in the world, may have been killed by wildfires ripping across Sequoia and Kings Canyon national parks in California that have burned around 85,000 acres since the fires began last month, the Associated Press reported.

Fifteen giant sequoia groves in the parks have been burned by the blaze, including one with 5,000 trees, according to Christy Brigham, chief of resource management and science at Sequoia and Kings Canyon national parks, the Associated Press said.

More than 2,000 firefighters are working to stop the fire and 11% of it has been contained, according to national fire tracker Inciweb.

Sequoia and Kings Canyon national parks are home to the General Sherman Tree, one of the largest trees by volume in the world, and several groves of giant sequoias, which are known to have a maximum lifespan of 3,400 years, according to the National Parks Service.

The ongoing fire began on September 10 after a lightning storm struck, causing two fires that later merged and became the KNP Complex, according to Inciweb.

How much damage KNP Complex has caused, the Associated Press reported, citing Brigham.

According to the Associated Press, wildfires in California have ravaged more than 3,000 square miles, and more than 3,000 homes and buildings have been destroyed so far this year. It added hotter and drier weather, fire suppression, and years of droughts caused by climate change have exacerbated wildfires in the West.