TAIPEI, Taiwan — The man accused of opening fire inside a Taiwanese church in Laguna Woods, California, on Sunday is believed to have been driven by hatred for Taiwanese people and the political belief that Taiwan is a part of China, highlighting the increasingly fraught geopolitical situation in the Taiwan Strait.

David Wenwei Chou, a 68-year-old man from Las Vegas, is accused of shooting six people and killing one of them at the Irvine Taiwanese Presbyterian Church. Orange County Sheriff Don Barnes said Monday that the attack appeared to be a “politically motivated hate incident,” and that Chou had left notes in his car stating he did not believe Taiwan should be independent from China.

Cross-strait relations have grown strained in recent years, as Beijing has ramped up calls for unification, while more Taiwanese oppose the mainland’s aggression and influence. Officials from the Taipei Economic and Cultural Office in Los Angeles — Taiwan’s de facto consulate — said Chou was born in Taiwan and was a “second generation waishengren,” meaning his parents were from mainland China.

Here’s a look at the issues bedeviling the two rivals across the Taiwan Strait.

Is Taiwan a part of China?

China’s claim on the island of 23 million people dates back to the Qing dynasty, though today’s Communist Party has never ruled over Taiwan. The Republic of China, founded in 1912, took the island from Japanese forces at the end of World War II, in 1945, and the Kuomintang, China’s Nationalist Party, fled there in 1949 after its defeat by Mao Zedong’s Communists. Taiwan became a democracy in the 1990s, though the Kuomintang, or KMT, is still one of the island’s dominant political parties.

Members of the KMT in Taiwan favor closer ties with mainland China and potential unification, while the ruling Democratic Progressive Party leans toward independence. Increasingly, Taiwanese people, particularly younger generations, oppose unification and consider their culture and identity as separate from China.

What is the threat from China?

For Chinese President Xi Jinping, reuniting Taiwan with the mainland is a priority of his rule. While he has called for reunification through peaceful means, he hasn’t ruled out the use of force. Beijing sent record numbers of military jets into Taiwan’s Air Defense Identification Zone last year, and has used sand-dredging ships to wear down defenses on Taiwan’s islands off the coast of mainland China.

Rising nationalism in China, encouraged by Xi and state propaganda, has spurred enthusiasm for reunification with Taiwan among Chinese citizens. China has embarked on a broad military buildup as part of Xi’s vision for China’s modernization and growing international might.

Dwarfed by China’s People’s Liberation Army, Taiwan’s military has begun to bolster its defenses as well. Taiwan plans to spend another $8.6 billion in defense on top of a record $17 billion budget this year. Lawmakers are also considering increasing the duration of mandatory military service for Taiwanese men. Conscription used to be two years, but has since been pared down to four months.

Where does the U.S. fit in?

The U.S. maintains economic and political ties with Taiwan, but does not have formal diplomatic relations. The U.S. adheres to the “one China policy,” under which it acknowledges that China considers Taiwan a part of its territory, but doesn’t take its own explicit stance. The U.S. also sells arms to Taiwan under the Taiwan Relations Act.

The balancing of different policies is part of an attempt to maintain stability in the region. The “strategic ambiguity” means that the U.S. has remained deliberately vague on whether it would interfere if China were to attempt to take Taiwan by force. A declaration that it would not come to Taiwan’s aid could hearten Beijing, while an outright guarantee of support could provoke military action.

In recent years, the relationship between the U.S. and Taiwan has strengthened as U.S.-China relations have deteriorated. While the U.S. still maintains strategic ambiguity, it has shown support for Taipei through diplomatic envoys at times of heightened tension, defense discussions and assistance with military training.

Will there really be war in Taiwan?

As tensions between Taiwan and mainland China have increased, some defense experts have warned that a military conflict over the next decade has become more likely. Russia’s attack on Ukraine has also ignited concerns that China could attempt a similar assault on Taiwan.

However, Beijing would face several challenges if it were to pursue an outright invasion. The Taiwan Strait acts as a natural barrier between the island and mainland China, forcing China to mount an amphibious attack to reach Taiwan’s shores. While Taiwan is not internationally recognized as an independent country, it maintains close relations with other democracies, such as Japan and the U.S., which have a vested interest in its defense.

Taiwan also is a crucial link in the global electronics and semiconductor supply chain. Its chip industry, where nearly all of the world’s most advanced chips are manufactured, has been referred to as its “silicon shield” and “the sacred mountain protecting the country.” Any damage to those facilities could bring the broader supply chain to a grinding halt. 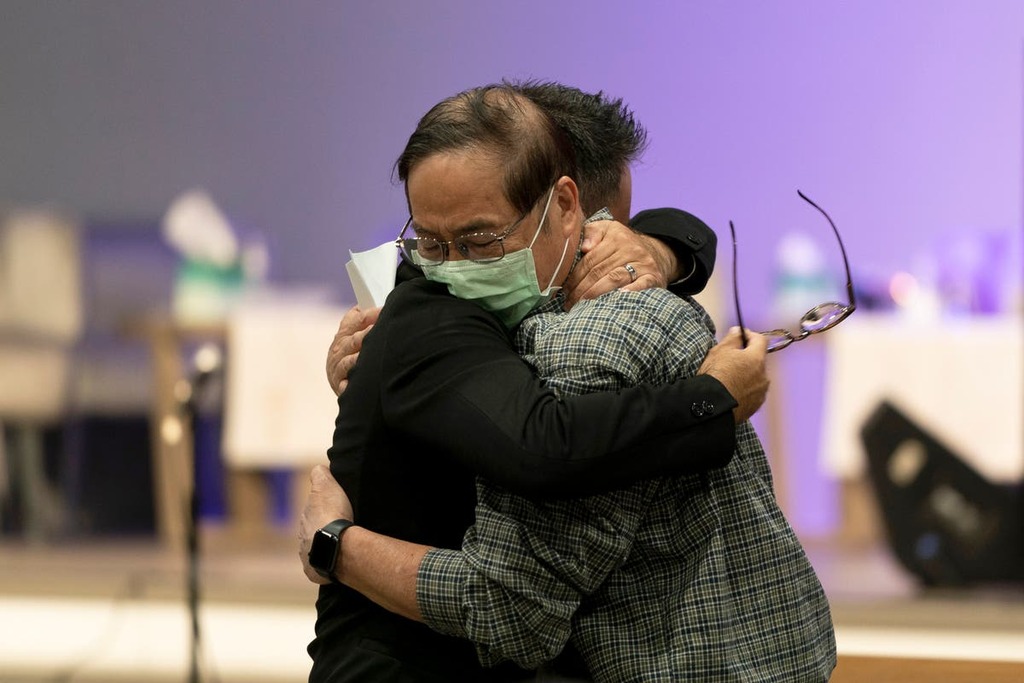 EXPLAINER: What's behind difficult Taiwan-China relations?
U.S. authorities say the gunman behind an attack on a church in southern California in which one person was killed…

The Independent UK
From analysis to the latest developments in health, read the most diverse news in one place.
Taiwan's president condemns California church shooting

The Independent UK
From across the Pacific, Taiwan's president castigates California shooting

The leader of the self-governing East Asian island condemned violence following the deadly attack against a Taiwanese congregation in California.