Long pink candles, parasols and bouquets of roses lined the fence of a residential home in Los Angeles on Sunday night, a scene that given the timing, Mother’s Day, could’ve easily been mistaken as a tribute to the home’s matriarch.

That was, sadly, as far from the tragic reality as possible.

Earlier that morning, officers from the Los Angeles Police Department were dispatched to the one-level ranch style home of Angela Flores, 38, where they discovered three of her children, a 12-year-old girl and two 8-year-old boys, were dead.

The 911 dispatch came in at 7.40am on the Sunday holiday with officers reportedly being asked to respond to the San Fernando Valley home after receiving reports of assault with a deadly weapon, according to a press release from the LAPD.

Paramedics reportedly came to the home, located within the 22500 block of Victory Boulevard, but the children were all declared dead at the scene.

The mother, detained alongside a 16-year-old boy who was also at the scene when officers arrived, later admitted to detectives during questioning that she had allegedly killed her three kids with the assistance of the teen, the LAPD said.

The Los Angeles County Department of Children and Family Services (DCFS) said in a statement to The Independent that they were “deeply saddened by the deaths of the three children” and that “as an agency dedicated to the safety and well-being of children” they are “mourn[ing] with the community over this tragedy”. The agency, however, could not comment on whether it had been involved with the family in previous instances.

“State law prohibits us from commenting on our possible involvement with families,” the agency wrote in an emailed statement.

The Independent reached out to the LAPD for comment on the case.

The family, who had moved into the residential neighbourhood just three months prior to the brutal Mother’s Day incident, had often had arguments that nearby neighbours could overhear, with the most recent incident meriting a call to the police just the night before the children were found dead, ABC 7 News reported.

Blanca Hernandez told the news outlet that the police were called on Flores late Saturday night after she had been sitting on the porch of her West Hills home for several hours, shouting and acting erratically.

Prisila Canales, another neighbour of Flores whose home lies just two doors down from the 38-year-old’s, told The Los Angeles Times that she could hear the mother shouting at 10.30pm on Saturday, “my family is abusing me”.

“The screaming you heard, you knew she was not okay,” Ms Canales told the outlet.

Authorities came by the house on Saturday night after being alerted to the mother’s disruptive behaviour, and reportedly placed Flores on a stretcher while she shouted about where her Bible had been placed.

Police have not released the cause of deaths for the children and are reportedly awaiting the results of the autopsies, being carried out by authorities, ABC 7 reported.

“The deaths of these three children are truly horrific and tragic,” he told The Times. “I sent my heartfelt condolences to the people who love them.” 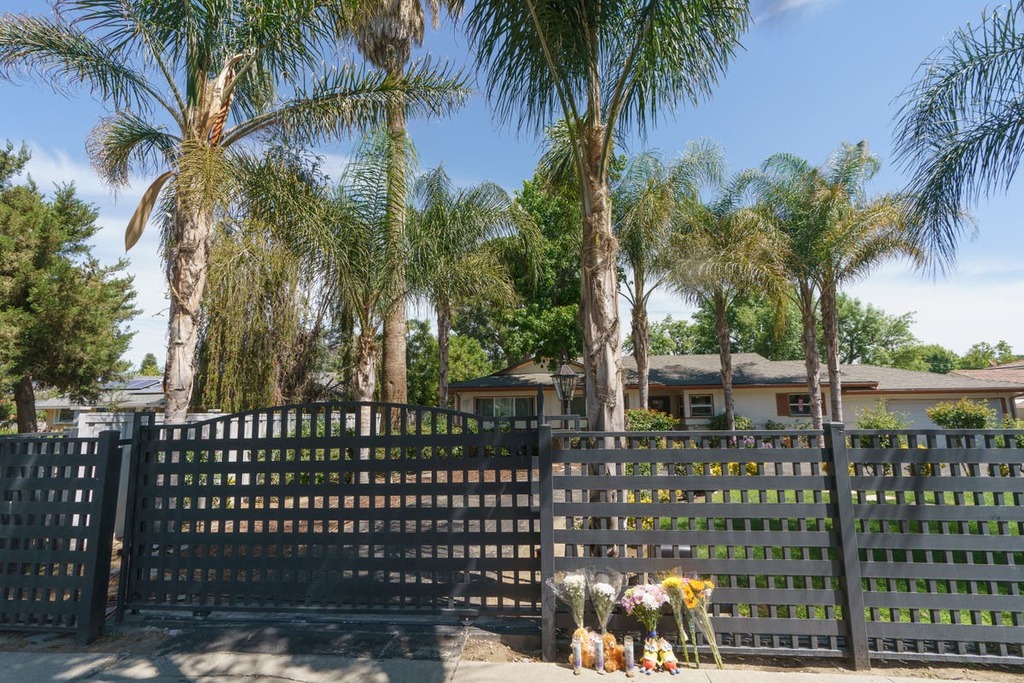