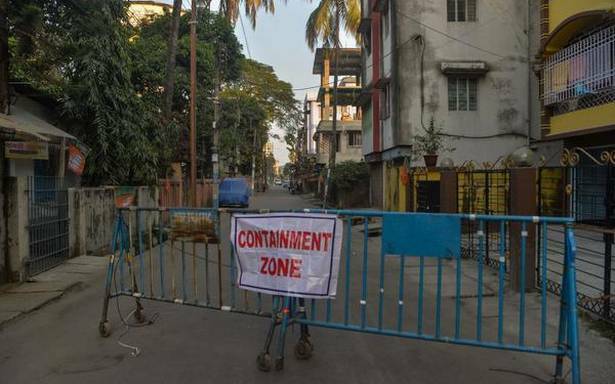 The Calcutta High Court has urged the West Bengal State Election Commission to postpone the proposed elections to four municipal corporations for a period of four to six weeks.

“Hence, we dispose of the present petition with a direction to the State Election Commission to consider the galloping speed with which the COVID-19 cases are increasing and also to take into account the issue if holding of elections in such a situation will be in the public interest, and if free and fair elections will be possible on the dates notified, and take a decision in respect of the postponement of date of elections of aforesaid four municipal corporations for a short period of 4 to 6 weeks,” an order by Chief Justice Prakash Srivastava and Justice Ajoy Kumar Mukherjee said.

The Court in an order on January 14 directed State Election Commission to take a decision in this regard in the next 48 hours.

Elections to Siliguri, Bidhannagar, Asansol and Chandernagore municipal corporations is scheduled on January 22. The SEC has issued notifications for holding polls and the campaign is on .

Petitioners had approached the Court pointing out that the spike in COVID-19 cases is a cause of concern, and the civic polls in the four civic bodies be postponed.

Meanwhile, West Bengal on January 14 registered 28 deaths due to the viral infection taking the COVID-19 toll in the State to 20,013. The State registered 22,645 new cases and the positivity rate stood at 31.14%. Kolkata continued to record the highest number of cases with 6,867 infections in the past 24 hours, followed by North 24 Parganas with 4,018 cases. South 24 Parganas, where thousands of people assembled on the Sagar Island on the occasion of Makar Sankranti, registered 1,533 new infections. The Calcutta High Court had allowed the Ganga Sagar Mela with necessary checks after the State government said that it was not in favour of banning the annual pilgrimage.