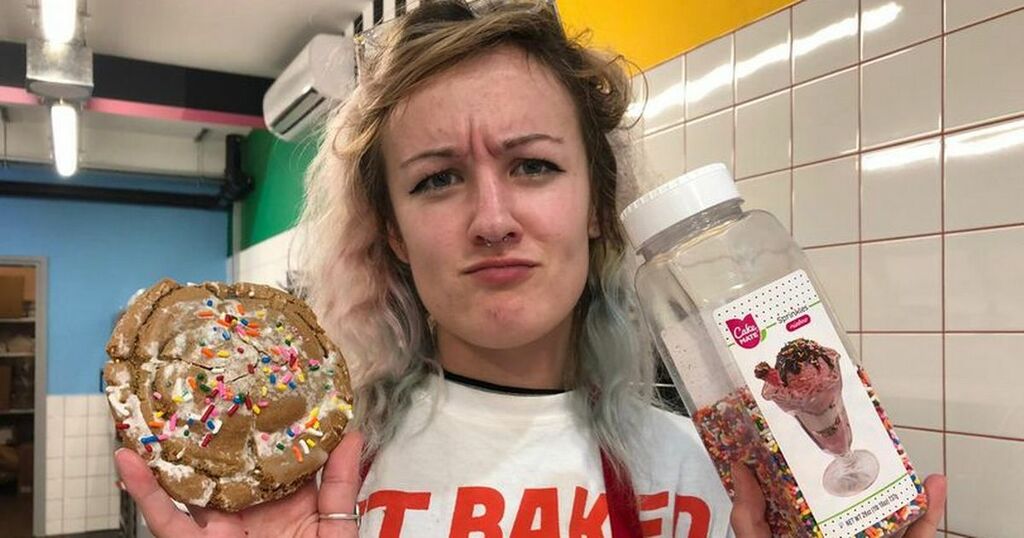 A bakery had to close following a surprise visit from Trading Standards after being reported for using 'illegal sprinkles' on some of their cakes and cookies.

The shop, called Get Baked, was visited by agents on October 1 who told them they ‘must cease use of [the] sprinkles with immediate effect’.

The bakery closed for a short time, but later said they would go on a ‘sprinkle strike’ as they ‘won’t budge for no man’ in what has been dubbed Sprinklegate online, reports LeedsLive.

The bakery said they will have to remove the tasty topping from their recipes (Image: Get Baked)

In a Facebook post earlier this month a bakery spokesman said they had had: "... a lovely visit from Trading Standards on Friday after someone reported us for using what are apparently illegal sprinkles.”

Three days later they posted another update stating they would continue to sell their cakes and biscuits with the illegal sprinkles.

They said: “Still haven’t heard from Trading Standards in regards to the Sprinklegate scandal.

Get Baked said it will be a struggle as some of the best-sellers are topped with the illegal sprinkles (Image: Get Baked)

Then on October 11, they posted: “It’s not good news. We have heard back from Trading Standards, and have been told that we must cease use of our sprinkles with immediate effect.

“Obviously, we will be following the rules, and removing them as of now.

“Whilst this might seem like it’s not a big deal, it’s actually very f**king annoying, as A LOT of people ask for Birthday Bruce’s and Rasperry Glazed Donut Cookies are not only our best selling cookie, but they’re utterly sensational.

The post continued: “I need to think this one over, we will obviously need to make some adjustments to the menu in order to compensate for this truly horrendous ordeal.

Get Baked in Headingley have been forced to remove illegal sprinkles from their cakes (Image: Get Baked)

“To whoever reported us to Trading Standards, all I have to say is, dear lord, what a sad little life Jane.

“My daughter, who is now 7 months, has to live with the fact that daddy can’t take her to Disneyland, because man can’t sell any f***ing cookies.

Assistant manager Roisin Taylor, 25, said the entire situation was 'utterly ridiculous' and said they just wanted to make the 'best cakes' to 'bring happiness to people'.

Roisin said: "It was all a bit ridiculous if you ask me.

"They are amazing sprinkles, and everything we do we do to make the best product possible and the American sprinkles are simply the best.

"It's the only thing we use from abroad but it makes the biggest difference.

"This has upset all of us and I can't believe someone would go out of their way to do this.

"We just want to bring joy and happiness to people through our sweet treats and make the best product we can."

EU rules ban the use of colouring E127 as it contains coal tar dye, and scientists have linked it to hyperactive children and behavioural problems.

Defending the bakery, Vanessa Crooke said: “As if someone genuinely reported you for illegal sprinkles, people have way too much time on their hands.”

Twitter user @viqqyy, whose tweet was liked and retweeted nearly 50,000 times, has urged people to show support to the independent business.

She tweeted: "go like them on facebook and enter their competition where the fella will literally drive to your house anywhere in england and deliver u a giant cake called bruce."

You can place an order for a cake or cookie here.