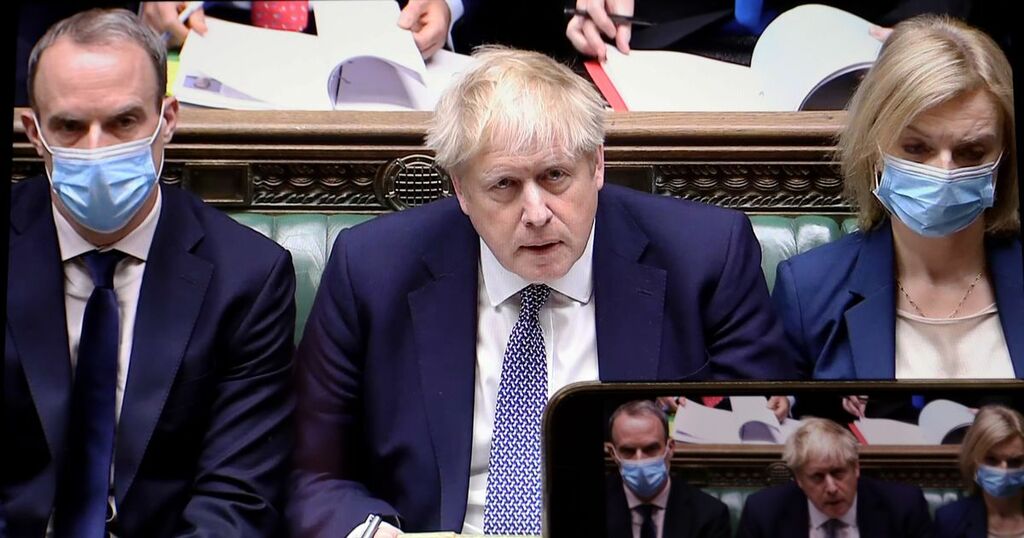 Angry Cabinet ministers have demanded “broken” Boris Johnson scraps Covid rules as soon as possible to “get back in MPs’ good books”.

Senior Tories appear to be in desperate search of some good news after a slew of scandals over Downing Street parties.

In the latest revelations, staff were said to have broken a swing belonging to the PM’s son, DJ’d in the No10 basement and done a booze run with a suitcase to the local Co-Op - the night before Prince Philip ’s funeral.

The PM’s former spokesman James Slack, now an executive at The Sun, today apologised for giving a speech at his own leaving do, a separate event on the same night in April 2021.

The embattled PM will barely be seen in public until next Wednesday after either his wife Carrie or children tested positive for Covid.

He is planning a major overhaul of his No10 operation in the next fortnight in a frantic bid to save his job, according to the FT.

Cabinet ministers told The Sun the PM needed to “take a broom to No10” to stop the booze culture. They also said the PM, who until recently lived in a multi-million pound Islington townhouse, should “clear out the metropolitan elites”.

But they also turned their focus too on Covid restrictions.

England’s Plan B rules expire on January 26 - including Covid passes, masks on public transport and in shops, and work-from-home guidance.

Reports suggest Boris Johnson and ministers are increasingly confident that they can end the rules in time, and not extend them further.

That would save another fractious vote by Tory MPs, 100 of whom rebelled against Plan B measures in December.

No10 has stressed it’s still too early to say what will happen either way.

But one Cabinet minister told The Sun: “There’s a very easy way to get back into MPs’ good books, but there will be a fight.”

And a government insider told the newspaper: “People are working under the presumption that all things will fall away. The question is when.”

Sajid Javid hinted on Thursday that Covid passports for nightclubs and large venues - which mean showing you’ve had a vaccine or recent negative test - could soon be ditched in England.

The Health Secretary replied: “On the issue that she also raised around the domestic certification, I have to say I do share my honourable friend’s instinctive discomfort.

“I want to assure her, I will assure the House, that as far as I’m concerned, we wont be keeping domestic certification in place for a moment longer than absolutely necessary.”

But Matthew Taylor, chief executive of the NHS Confederation, said the country is "far from out of the woods" as he called for "honesty" and "realism".

Mr Taylor said: "The national data on reported cases offers some hope, but we should be under no illusions that this pressure has evaporated, including in London.

"One leader of an NHS trust in the north told me that they felt they were at least a week away from their peak, while more than one in 10 of their staff were absent.

"On top of that, they have medically fit patients stuck in hospital beds because the pandemic has decimated capacity in social care.

"We may be at the end of the beginning of this wave but we are far from out of the woods.

"NHS leaders are doing everything they can to keep their services running but they are being put in a worrying situation where the quality of care their teams are able to provide is at times being compromised.

"They need honesty about how quickly the NHS can bounce back once the Omicron variant really does subside across all parts of the country and what will be expected.

"Decisions about what living with Covid-19 will mean must be driven by realism and not by wishful thinking and impatience about how soon the threat and legacy of this strain will disappear."

One top minister compared the PM to Gerald Ratner, the former jewellery king who described his own wares as "crap".

They told The Sun: "If this is Boris’ Ratner moment then he is broken.

"A few announcements will not rescue it. If you think it is terminal then you may as well sell up and start again.”