Cabinet slammed shut: whither our federation

Look up the word “cabinet” in the Shorter Oxford Dictionary, and once you get past the furniture-related definitions you run into the meaning: “a secret receptacle, a repository” and shortly afterwards “a committee of senior ministers responsible for determining Government policy”.

Track through the history of the word, and you find one meaning arose from the other – the idea of a secret room in which meetings were held, and the institution that makes government decisions.

In other words, the idea of Cabinet confidentiality is embedded in language, and in custom.

But now, virtually ignored by the mainstream media, there is an emerging court battle which will greatly determine the extent to which governments can maintain secrecy.

Depending on what decision is made, this could represent a fundamental change in the operations of our federation, and also a departure from our British roots and the Westminster system of government.

It is all to do with that new institution, constantly in the headlines – “national cabinet”. The question that has to be decided is whether it is, in fact, a Cabinet at all.

Many people would not realise that the institution of federal Cabinet is not mentioned in the Australian constitution. But then, neither is the office of Prime Minister, or local government.

A great deal about how modern government works is a matter of custom rather than statute. Nevertheless, “Cabinet” is mentioned in legislation including, most relevant to this article, the Freedom of Information Act. The Cabinet Documents exemption, which prevents the disclosure of the deliberations of Cabinet, is one of the strongest and toughest to beat in the Act.

Yet now, three battles under freedom of information legislation are working their way through the system. All relate to requests for documents that record “national cabinet” discussions and decisions.

The requesters are Senator Rex Patrick, the shadow Attorney General Mark Dreyfus, and the Australian Conservation Foundation. All three requests have been rejected by the government using the Cabinet Documents exemption and are now making their way through the appeals process.

Senator Patrick’s is the most advanced and will probably set the precedent that will determine the fate of the others. This week it was announced that a federal court judge would decide Patrick’s matter when it comes on before the Administrative Appeals Tribunal.

The fire-power is not surprising, because this is an issue likely to head all the way to the High Court.

The so-called national cabinet was established at the beginning of the Covid pandemic crisis, on 13 March last year, at a meeting of the Council of Australian Governments, or COAG.

In May, it was announced that “national cabinet” would become a permanent body – established as a committee of the federal Cabinet - and would eventually replace COAG, with the mechanics of this being sorted through as I write.

Further back, COAG - the forum in which the various state, territory and federal governments discuss issues of mutual import - was established in the early 1990s and was key to the implementation of the economic rationalist agenda of the Hawke-Keating governments.

Since then, COAG has come to be known as the forum in which good ideas go to die. It became lumbering, heavily bureaucratic, and top down - driven by Commonwealth priorities with liberal use of funding for a carrot and stick approach.

The result was that, given the slightest excuse, the states would dig in their little heels in and refuse to budge. Real advances in federal state relations were made elsewhere – and there weren’t many of them.

This is not because there aren’t important issues for federal-state cooperation. To list just a few, there is the Murray Darling Basin Plan, the national electricity grid, population and regional and city planning, the regulation of corporations and the not-for-profit sector. I could fill a column with the list.

So the idea of a small, nimble body of responsible leaders able to discuss urgent issues and reach speedy decisions is instinctively appealing.

When “national cabinet” was established in the teeth of the Covid emergency it seemed to offer hope. And it has worked, despite tensions and disagreements.

The eminent constitutional lawyer Professor Cheryl Saunders wrote in a policy brief released in the middle of last year that the “national cabinet” had achieved “a balance between collective action and tailored response” without which the effective response to the Covid public health crisis would not have been possible.

However, she had concerns about the move to make it a permanent body, replacing COAG. She reserved her strongest language for the idea that “national cabinet” was or could be a committee of federal Cabinet.

“On no view … is this body a ‘cabinet’ as the term is used elsewhere in parliamentary government. A Cabinet typically is a group of Ministers drawn from and collectively accountable to the same Parliament. What presently is called the ‘national cabinet’ is a group of government leaders, heading different cabinets, through which they are individually and collectively accountable to different Parliaments … The problem is compounded by the suggestion that, somehow the national cabinet fits within the Commonwealth cabinet structure. This is a logical impossibility, apparently driven by a desire to keep proceedings confidential.”

Coming from a different discipline, the public policy specialist Jennifer Menzies has made a similar point, describing “national cabinet” as “COAG by another name … though called a cabinet, the national cabinet is technically an intergovernmental forum. The conventions and rules of cabinet, such as cabinet solidarity and the secrecy provisions, do not apply to the national cabinet.”

And yet, the government is trying to impose quite a different understanding.

The latest version of the Cabinet Handbook, issued in October last year, acknowledged in the forward that “the formation of the national cabinet is changing the way the Commonwealth and the State and Territory Governments work together.”

It included changes that imposed similar secrecy arrangements for “national cabinet” to those that exist for Cabinet as a whole. Notes of deliberations are to be protected from early release under the Archives Act and ““cannot be sought under the Freedom of Information Act.”.

“All National Cabinet documents and associated records are to be marked NATIONAL CABINET and carry a sensitivity classification of OFFICIAL: SENSITIVE or a security classification of PROTECTED or higher…. All jurisdictions must have clearly established protocols for ensuring confidentiality and security of documents that are to be considered by the national cabinet and/or its Committees, as well as agendas and minutes.”

But now, under the Freedom of Information cases, the courts will be asked to declare that this is all wrong, and that “national cabinet” is not and cannot be a Cabinet, or a committee of a Cabinet.

This is crucial to so many of the issues in the headlines, and likely to emerge.

The Australian Conservation Foundation, for example, has applied for documents relating to 15 commercial projects which were fast-tracked with the aim of aiding post-Covid economic recovery. They included the Narrabri gas field project.

This relates to the National Covid Commission, on which I have written elsewhere and which is also now described as a committee reporting to Cabinet.

The NCC is dominated by business interests and its chief public contribution so far has been to recommend government subsidies to the gas-fuelled development.

It may have done other things as well, but we don’t know because of – you guessed it – Cabinet confidentiality.

There are other implications. Victoria’s recent inquiry into the failures of hotel quarantine sought access to national cabinet deliberations as part of its attempt to answer the crucial question – who decided to use private security? That request was denied.

It is clear, though, that the national cabinet discussions were of relevance, as I have written for inkl previously. We may never know the details of that discussion, or at least not until the expiry of thirty years, at which point the relevant documents will probably be released under the Archives Act (although even that is not assured – a different issue for another time).

Meanwhile management of quarantine continues to be vitally important, including the fundamental question of how the states got lumbered with it.

Then there is the roll-out of the Covid vaccines – another matter before national cabinet and involving state and federal government collaboration.

One of the few merits of COAG was that it was a relatively open and transparent body – as was perhaps inevitable given the number of governments involved.

Its deliberations were revealed, its communiques were public documents and relevant Freedom of Information requests were dealt with by the member governments under their own legislation.

The core issue the courts will now have to decide in the freedom of information cases is whether or not “national cabinet” is indeed correctly called.

The requesters – Patrick and Dreyfus in particular, will argue that national cabinet is not a Cabinet, nor a part of Cabinet, and can’t be anything of the kind, given that its membership is the leaders of different governments, each accountable to their own parliaments.

Unfortunately, we shouldn’t hold our breath for these issues to be resolved by the courts. They are likely to be fought hard on all sides.

The premiers and chief ministers seem to agree on the need for “National Cabinet” to be regarded as part of Cabinet, and therefore to remain secret. There have been no significant leaks – which is in itself notable.

Saunders’ policy brief suggests the answer the courts will arrive at should be clear. If so, many of the decisions of the last twelve months, currently secret, may be revealed. Our understanding of recent history might change as a result.

But if the courts disagree with Saunders, then Australian governance is in new and uncharted waters.

The outcome will fundamentally affect the degree to which we can assess the performance of our governments as Covid gives way to the many other difficulties that lie ahead.


Margaret Simons is an award-winning freelance journalist and the author of many books and numerous articles and essays. She is also a journalism academic and Honorary Principal Fellow at the Centre for Advancing Journalism, University of Melbourne. She has won the Walkley Award for Social Equity Journalism, a Foreign Press Association Award and a number of Quill Awards, including for her reporting from the Philippines with photojournalist Dave Tacon.

As an inkl member you can directly support the work of journalists like Margaret Simons, while also getting access to 100+ publications like Foreign Affairs, The Independent, The Economist, Financial Times and Bloomberg.

As part of our commitment to building a sustainable future for journalism, a portion of your monthly inkl membership fee will go directly to Margaret for as long as you remain a subscriber. 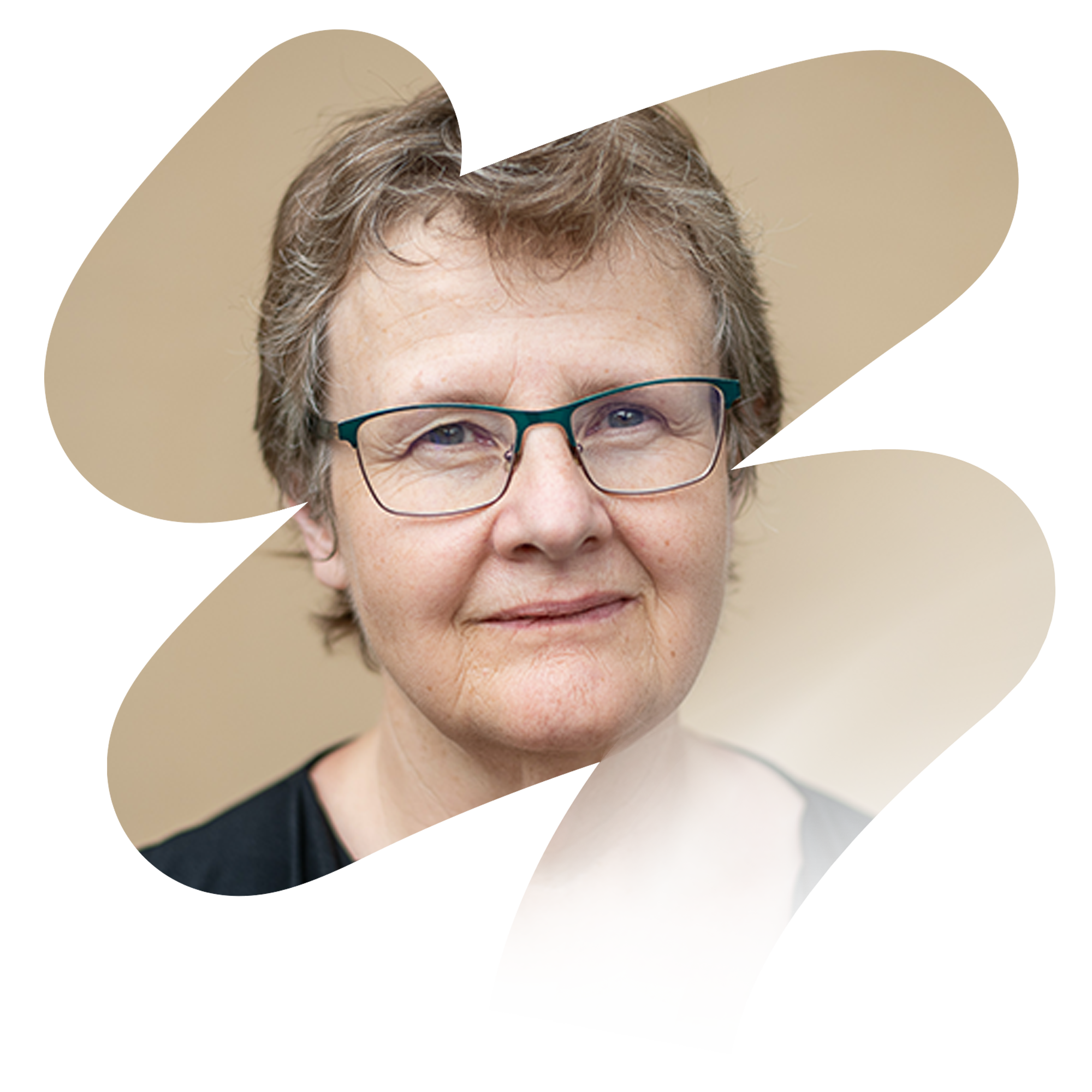 Margaret Simons is an award-winning freelance journalist and the author of many books and numerous articles and essays. She is also a journalism academic and Honorary Principal Fellow at the Centre for Advancing Journalism, University of Melbourne. She has won the Walkley Award for Social Equity Journalism, a Foreign Press Association Award and a number of Quill Awards, including for her reporting from the Philippines with photojournalist Dave Tacon.