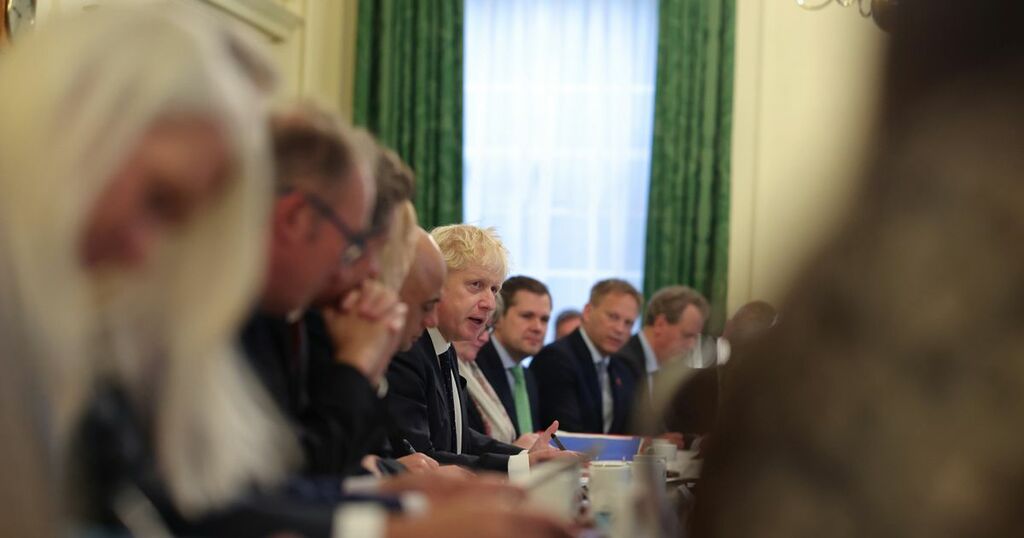 Boris Johnson has carried out a sweeping reshuffle of his Cabinet which saw a number of senior ministers ousted from his top team.

The Prime Minister seized the chance for a long-awaited overhaul of his top team, with it the direction of his Government, after his first two years in power were dominated by Covid-19.

Mr Johnson's reshuffle was more extensive than expected, with some senior figures moved around - or shown the door.

Gaffe-prone Education Secretary Gavin Williamson was the first to be fired from Government, while Dominic Raab was demoted from his role as Foreign Secretary - but won himself a new title as Deputy PM.

Here's what we know so far about who is in and who is out of Mr Johnson's new look Cabinet.

One of the big winners of the day was Liz Truss, the born-again Brexiteer who has won fans among MPs and grassroots Tories.

Ms Truss replaces Dominic Raab as Foreign Secretary - one of the top jobs in Government.

She was named International Trade Secretary when Boris Johnson became PM in 2019 and has become popular among activists and Tory MPs for her enthusiasm for post-Brexit trade deals.

Earlier in her career she gained notoriety online for a series of gaffe-ridden conference speeches.

Memes and gifs of her expressing delight at the UK opening "new pork markets" and saying it was a "disgrace" that the UK imports two thirds of its cheese have endured online.

Boris Johnson's former ally - and leadership saboteur - has been handed a big job at the Ministry of Housing, Communities and Local Government.

Michael Gove will be tasked with bringing his reforming zeal to tackling the housing crisis and pushing through planning reforms that are loathed by some Tory backbenchers.

He replaces Robert Jenrick in the post, who was ousted from Government.

Mr Gove was previously Chancellor of the Duchy of Lancaster and Minister for the Cabinet Office - which gave him a broader role across Government.

Former 'I'm a Celebrity' contestant and author Nadine Dorries gets a big promotion to become Culture Secretary in the reshuffle.

Ms Dorries shrugged her shoulders as she was summoned to Downing Street before getting appointed to the culture brief.

The ex-Health Minister succeeds Oliver Dowden in the role, which is often branded the "Ministry of Fun".

Another big winner is the former Vaccines Minister Nadhim Zahawi, who takes on the education brief.

Mr Zahawi - who was previously an education minister - was named Education Secretary following the sacking of bungling Gavin Williamson.

His promotion will be seen by many as a reward for his efforts overseeing the UK's successful vaccines rollout.

It marks a remarkable journey from Iraq to the Cabinet for Baghdad-born Zahawi.

Former International Development Secretary Anne-Marie Trevelyan returns to the Cabinet by taking on the top job at International Trade.

Her department was folded into the Foreign Office last year, leaving her without a cabinet role.

Ms Trevelyan will take over negotiating post-Brexit trade deals from Liz Truss, who has now moved to the Foreign Office.

The MP is the new Chief Secretary to the Treasury and attends Cabinet for the first time.

While it's a comparatively junior job, it shows he will be one to watch - at 36, he is almost the same age as Rishi Sunak was when he took the same job.

Elected in 2017, the Middlesbrough South and East Cleveland MP quickly jumped to the Treasury in 2019, after Boris Johnson seized the leadership.

He was then moved to Housing before leaving the department in September for undisclosed "personal reasons".

Mr Raab is still in the Cabinet but he has been forced to accept a demotion by the PM.

Ousted as Foreign Secretary, which is regarded as one the top jobs in Government, Mr Raab instead becomes Justice Secretary.

However he has formalised his position as the PMs' number two by wangling the title of Deputy Prime Minister.

He was widely tipped for the chop after he stayed at a five-star luxury resort in Crete while the Taliban marched across Afghanistan and seized the capital, Kabul.

Gaffe-prone Gav finally paid the price for a litany of bungles, including last year's A-levels fiasco, confusion over coronavirus rules for schools and failing to secure enough cash for the Covid education catch-up plan.

He tweeted: "It has been a privilege to serve as Education Secretary since 2019. Despite the challenges of the global pandemic, I’m particularly proud of the transformational reforms I’ve led in Post 16 education: in further education colleges, our Skills agenda, apprenticeships and more.

He said he would "look forward to continuing to support the Prime Minster and the government" from the backbenches.

As Defence Secretary, he infamously told Russia to “go away and shut up” – will he take his own advice now he's out of power?

The popular Welshman, a former Cardiff Crown Court judge, was an unexpected casualty of the reshuffle and seems to have been axed to make way for demoting Dominic Raab to the Ministry of Justice.

In his resignation letter, Mr Buckland lamented “years of underfunding” of the justice system under the Tories before he took the job.

His departure caught many by surprise, as he was well liked by MPs.

He was also one of the last remaining One Nation Tories left in the Cabinet - left over from Theresa May's premiership.

Oliver Dowden suffered a demotion after being moved to the Cabinet Office from his role leading the Department for Digital, Culture, Media and Sport.

He becomes minister without portfolio in the Cabinet Office, which has a broader role in the running of Government.

The Housing Secretary has been living on borrowed time since the Westferry affair, when he granted planning permission for a controversial housing development spearheaded by a billionaire Tory donor he met at a party fundraiser.

Mr Jenrick originally backed Boris Johnson's leadership campaign alongside Rishi Sunak and Oliver Dowden - and all were richly rewarded for it.

He pledged to continue supporting the Prime Minister "in every way I can".

"I'm deeply proud of all we achieved," he said.

Tory co-chairman Amanda Milling has been ousted from her role - two weeks before Conservative party conference.

She was spotted going into Boris Johnson's office earlier, where the PM was conducting the sackings.

She tweeted: "It’s been a privilege and an honour to be the Co-Chairman of the Conservative Party. Thank you to the voluntary party and the team at CCHQ for their support."

However she was later given a non-Cabinet job as a Foreign Office minister.

Rising star - and darling of the Tory right - Kemi Badenoch becomes a Communities Minister. She keeps her Equalities Minister job. She's joined by new junior Communities minister Neil O'Brien - who founded the Onward think tank and has overseen many Tory overtures to the so-called Red Wall. Together with Michael Gove they will turn the Housing, Communities and Local Government department into, essentially, the department for levelling up.

Asia Minister Nigel Adams moves over to the Cabinet Office to become Minister without portfolio.

George Freeman, who has long spoken from the backbenches about how the Tories can modernise, has been made Minister for Science, Research and Innovation.

Julia Lopez has been promoted to become a Culture Minister. She was previously a parliamentary secretary at the Cabinet Office.

Victoria Prentis was named as a Minister of State at the Department for Environment, Food and Rural Affairs.

Former Trade Minister Greg Hands moves to become a ministerial job at the Department of Business, Energy and Industrial Strategy.

Lucy Frazer has been promoted to Financial Secretary to the Treasury.

Chloe Smith has been named as a Minister of State at the Department for Work and Pensions.

Alex Chalk has been promoted to Solicitor General.

Gillian Keegan has been named Minister of State at the Department of Health and Social Care.

Helen Whately, former Minister for Care has been moved to the Treasury department as Exchequer Secretary.

Former Parliamentary Under Secretary of State at the Business Department, Amanda Solloway has been promoted to Government Whip.

Vicky Ford is now a junior minister at the Foreign Office.

MP Chris Philp is now a junior minister at the Department for Culture, Media and Sport.

Mike Freer is now a junior minister at the Department for International Trade.

Alex Burghart is now a junior minister at the Department for Edcuation.

DWP minister Will Quince, who has had to spend months defending the Universal Credit cut, is now a junior minister at the Department for Education.

Lee Rowley is a junior business minister and government whip and Maggie Throup is a junior health minister.

Other junior ministers include James Cartlidge at Justice, Tom Pursglove at the Home Office and Justice, Maria Caulfield at Health and David Rutley at the Department for Work and Pensions.

Jesse Norman is no longer Financial Secretary to the Treasury and David Duguid is no longer a junior Scotland Office minister.

Luke Hall is no longer a Minister at the Ministry of Housing, Communities and Local Government.