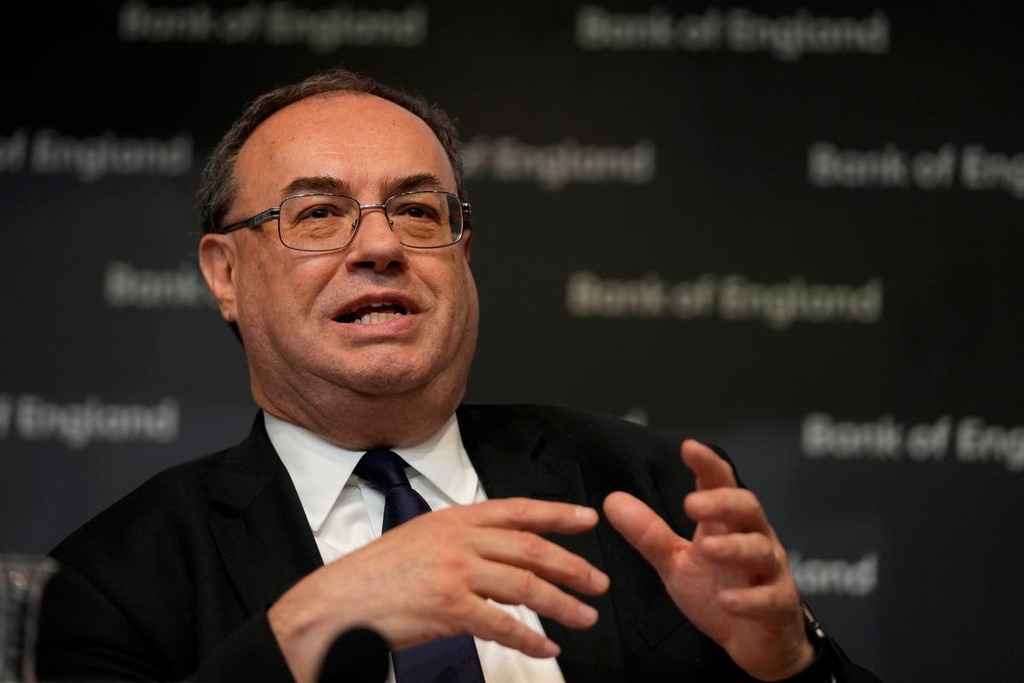 Meanwhile, ministers have been resisting calls for a windfall tax on the profits of the energy companies which have been…

Pedestrian.tv
The rhetorical heat might be coming out of the Australia-China relationship, but there’s no fundamental shift – yet

Cabinet ministers have turned on the Bank of England over rising inflation, with one warning that the Bank had been failing to "get things right" and another suggesting that it had failed a "big test".

In a highly unusual attack, one of the senior ministers warned: "It has one job to do – to keep inflation at around two per cent – and it's hard to remember the last time it achieved its target."

The other said government figures were "now questioning its independence", suggesting Rishi Sunak, the Chancellor, should do more to hold Andrew Bailey, the Bank Governor, to account.

The interventions reflect growing frustration among Conservative MPs and ministers about the Bank's approach to inflation, which currently sits at seven per cent – five percentage points above its target.

Since the Bank's independence in 1997, successive governments have avoided criticising its approach, and on Saturday night a Treasury source described its independence as "sacred".

Senior Tories have expressed anger that last year Mr Bailey, who is due to give evidence to MPs next week, repeatedly insisted higher inflation was likely to be temporary.

But he was at odds with Andy Haldane, who quit as the Bank's chief economist last year and has accused the institution of squandering a chance to tackle the cost-of-living crisis by failing to act on inflation fast enough.

On Saturday night, Lord Forsyth, a former Cabinet minister and the chairman of the Lords economic affairs committee, said: "The first thing the Bank needs to do is acknowledge they made a mistake and say what they are going to do about it. One has the impression they are rather ostrich-like."

Meanwhile, the ministers, together with an ally of Boris Johnson from his time as the London mayor, said the Prime Minister should overrule his Chancellor and insist on immediate, emergency tax cuts to help with the cost-of-living crisis.

The interventions came as Sir Howard Davies, the chairman of NatWest, warned in an interview with The Telegraph that "unless the Government does something more, I think we will see quite a big squeeze".

Sir Howard revealed calculations by NatWest showing that the bottom fifth of households will need to cut discretionary spending by almost 20 per cent to make up the hit from higher costs, such as energy and food, without taking on debt.

Calling for urgent tax cuts, Lord Moylan, who was a senior adviser to Mr Johnson at City Hall, said: "It's just this constant stand-off between the PM and his Chancellor. The PM needs to be the one clearly taking the lead.

"He shouldn't be going cap in hand to the Chancellor. It's becoming unseemly that we have had 25 years of two big beasts dominating everything and they end up in constant disagreement and this paralyses the Government."

A Treasury source insisted Mr Sunak and Mr Johnson were "on exactly the same page" and pointed out that the Chancellor had introduced a rise in National Insurance thresholds and a fuel duty cut as well as promising a future income tax cut.

But many senior Tories want him to go further urgently – with Mr Johnson indicating to MPs last week that he was among them. A Cabinet minister said: "The Chancellor should present options showing what taxes could be cut, how will they be cut and the [difference] it would make to people's pockets."

The minister said the Bank’s handling of inflation raised "fundamental questions" about its "preparedness and how match fit some of these institutions are", adding: "People are now questioning its independence."

The minister said that while many in the Government believed "we can't cross this line" of passing any judgment on the work of the Bank, the Chancellor could do more to hold it to account.

The other Cabinet minister said: "The Bank hasn't been getting things right for a long time. Haldane was a loss to them, and the fact he has turned out to be right should be a realisation that the Bank's groupthink is quite risky."

Last week Liam Fox, the former defence secretary, broke ranks to declare that the Bank had "[underestimated] the threat" of rising inflation.

He said: "The Bank of England persisted beyond any rational interpretation of the data to tell us that inflation was transient, then that it would peak at five per cent." The Bank now believes inflation will reach 10 per cent this year.

Meanwhile, a Labour analysis of International Monetary Fund data from April suggested British households were more exposed to the cost-of-living crisis than those in Germany, France, Italy and the US.

The party's analysis of the data suggested that, in 2020, household debt as a proportion of income rose by six percentage points in the UK, compared to 1.8 in Germany, and a fall in the debt to income ratio in the other countries.

Referring to NatWest's calculations that the bottom fifth of households will need to cut discretionary spending by almost 20 per cent, Sir Howard said: "From our [view], that can result in people getting over their skis on debt."

A Treasury source said of Mr Sunak and Mr Johnson: "They both have the exactly the same intention, and that is to cut taxes as far and as quickly as possible. They started that work in the Budget and Spring Statement, and now it's about getting a grip on spending."

Last month Mr Bailey said the Bank was "walking a very tight line" between tackling inflation and avoiding a recession.

Meanwhile, ministers have been resisting calls for a windfall tax on the profits of the energy companies which have been…