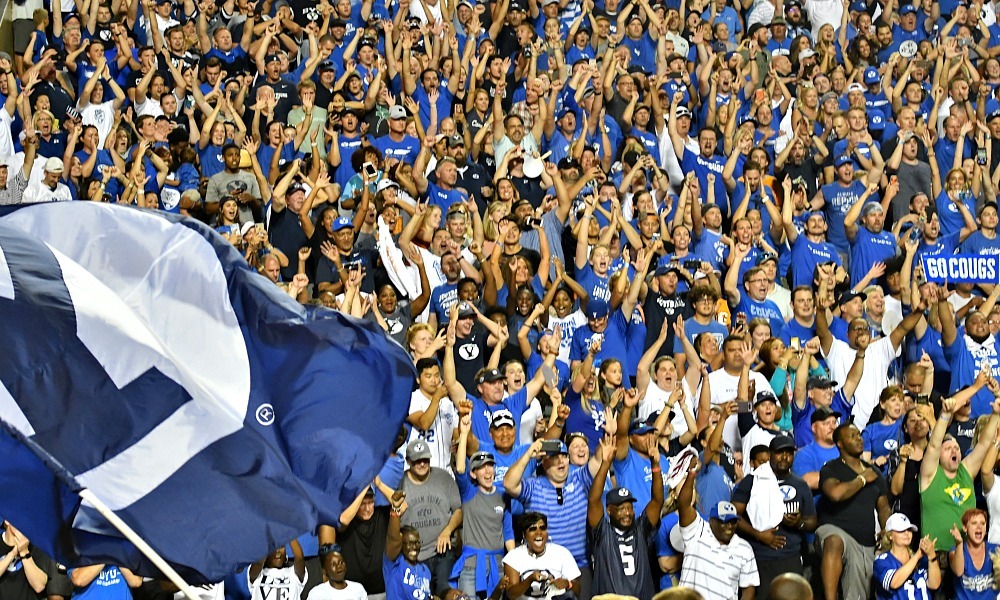 BYU vs Boise State How To Watch

Why Boise State Will Win

It hasn’t been perfect, but Boise State has managed to get the offense going with over 400 yards in three of the last four games with the one outlier the tough 21-20 loss to Oklahoma State.

In a lot of ways, the pressure is off. It’s been a rough run with three losses and a 41-31 defeat to Nevada in Mountain West play, but the spotlight is all on a top-ten caliber BYU squad that’s really and truly in the College Football Playoff chase now – it has a nasty schedule, unlike Cincinnati.

The passing game could be more explosive, but it’s clicking well enough to get by. The defense is forcing a ton of takeovers, but …

Why BYU Will Win

The Cougars aren’t giving the ball away.

They’re sixth in the nation in turnover margin with just two giveaways, and they’re doing just about everywhere else right.

There’s not a lot of penalties, converting on third downs isn’t an issue, and the O is scoring when it’s getting the chance. On the flip side, Boise State can’t run the ball a lick, the run defense is shockingly mediocre, and the third down stops aren’t there.

BYU doesn’t have to be explosive. As long as it’s able to be steady and balanced, that should be enough to get by because …

No, really. Boise State can’t do anything with the ground game.

The Broncos are 2-0 when they run for over 120 yards and 0-3 when they don’t. BYU is allowing 127 yards per game and haven’t allowed anyone – including Utah and Arizona State – to take over.

The BYU defense will take over right away, but Boise State will keep pressing with a decent enough day from QB Hank Bachmeier to hang around. However, as is the case all year, Boise State will be good, but not good enough.