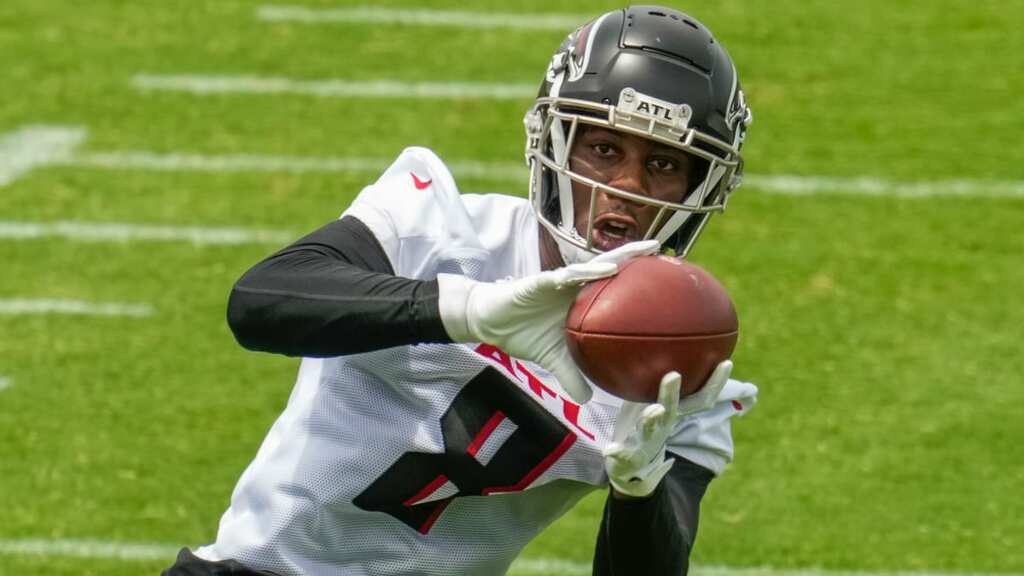 Week 6 in the NFL brings on a new challenge for season-long fantasy managers -- even those of you whose starting lineups are so dominant that you haven’t had to touch your roster since Week 1. The next nine weeks require an extra layer of preparation for all fantasy managers: the dreaded bye weeks.

So before you hit the waiver wire and before you pitch that blockbuster trade, take a good look at which NFL teams are on a bye this week and figure out how that affects your team.

Here’s what you need to be considering this week:

Falcons: Sure, you just picked up fantasy breakout star Cordarrelle Patterson off the waiver wire last week and now he’s off. And for fantasy managers who were waiting a month for Matt Ryan and Kyle Pitts to make some noise, that’s exactly what happened Sunday in London. Pitts had nine grabs for 119 yards and his first career NFL touchdown, reminding everyone why he was the fourth overall draft pick this year … and just as he’s getting comfortable, he has to ride out the bye. Same for Matt Ryan, who threw for 342 yards and two scores in London. The NFL likes to give teams a bye the week after they play in London, but the timing is terrible for anyone with Patterson, Pitts or Ryan on their fantasy squad.

Saints: There’s really only one Saint who will be missed this week, but it’s a doozie. If you’ve got Alvin Kamara, that’s a critical piece of the starting lineup that needs to be replaced.

Jets: If you were relying on guys like WR Corey Davis or rookie RB Michael Carter, chances are it’s been a down season for you. Still, depending on injuries and other roster situations, these are lineup spots you might need to account for.

49ers: With George Kittle placed on short-term IR last week, at least you’ve already dealt with that hole in your lineup. Deebo Samuel is another reliable weapon sitting out Week 6.

When it comes to bye week replacements, some teams might be deep enough to have a satisfactory fill-in on their bench. If not, you'll need a short-term waiver add -- and it’s not about fighting for the hottest waiver wire candidates. You just want a stand-in who happens to have a favorable matchup in your week of need.

Here are some Week 6 options:

Washington’s Taylor Heinicke has been a fashionable waiver pickup, but if he’s still available then a possible Week 6 shootout against a porous Chiefs defense is appealing. ... Mac Jones should be available and a home game against Dallas is welcoming. ... Carson Wentz has yet to have a breakout game with the Colts, but a home game against the Texans could be the one.

Keeping with the focus on that shaky Chiefs defense, all-purpose threat J.D. McKissic (who’s on less than a third of rosters in NFL.com leagues) could do some damage. … Miami’s defense has allowed more fantasy points to running backs than most, so it’s worth taking a chance on Jaguars backup Carlos Hyde when those teams meet in London. … With the Buccaneers facing an Eagles defense that allows a bunch of fantasy points to running backs, Giovani Bernard is a consideration. Bernard may not get carries, but he’s caught a TD pass from Tom Brady two weeks in a row.

The Eagles face a Buccaneers defense that leads the NFL in fantasy points allowed to receivers. Even though rookie DeVonta Smith has established himself as Jalen Hurts’ favorite target, Quez Watkins is worth a one-week flyer. … The Bills take on a Titans defense that is vulnerable to WRs. Cole Beasley might be available. If not, keep in mind that Gabriel Davis had five catches for 58 yards against Tennessee last season. … Assuming the Patriots can put up passing yards against Dallas, you can roll the dice with several of their wideouts. We’ll roll with Kendrick Bourne.

Sticking with the notion that Washington will be throwing early and often against Kansas City, an interesting play might be Ricky Seals-Jones. The fifth-year player actually had a pair of end-zone targets Sunday against New Orleans. Seals-Jones was on the Chiefs’ Super Bowl LV roster last season, so don’t rule out the idea that Washington makes an extra effort to give him some love. … The Ravens have allowed the most fantasy points to tight ends this season, so look at the Chargers’ TEs. Jared Cook is likely not available, but Donald Parham Jr. -- who's caught a TD from Justin Herbert in each of the past two weeks -- most certainly is. … Tight ends always seem to do well against the Giants, who host the Rams this week. Tyler Higbee is available in about 40% of NFL.com leagues. If you’re not lucky enough to get him, take a flyer on his backup, Johnny Mundt.